Supreme Court Justice Tafaoimalo Leilani Tuala-Warren ruled to grant bail to Lema’i Faioso Sione and he was released from jail on Tuesday.

“I must note the extreme unusualness in my experience of a defendant being arrested by Police after missing one signing and after having reported to another police station," Lema'i said.

“Perhaps it is commonplace but this is the first time I have seen this vigilance on the part of the Police.”

Lema’i is jointly charged with a co-defendant Paulo Malele also known as King Faipopo with conspiracy to murder the Prime Minister of Samoa.

Lema’i was in custody for six weeks. He was originally released on bail with strict conditions but was taken back into custody days later for an alleged breach of conditions.

Justice Tafaoimalo noted Lema’i was previously granted bail on 9 March 2020 and one of the bail conditions was to sign in twice a week to the Faleata Police station every Monday and Friday before 4pm.

In his affidavit Lema’i stated that he rushed to Savai'i after receiving information that his home in Tuasivi had been broken into.

On his way to Savaii he remembered his bail condition and upon arrival in Savaii, he went straight to the Tuasivi Police Station and spoke to Sergeant Fiu Alatina about his situation.

However he was advised to return to Upolu and report to the Faleata Outpost. Lema’i did as instructed and returned to Upolu, went to Faleata outpost where he was arrested for breaching his bail conditions. 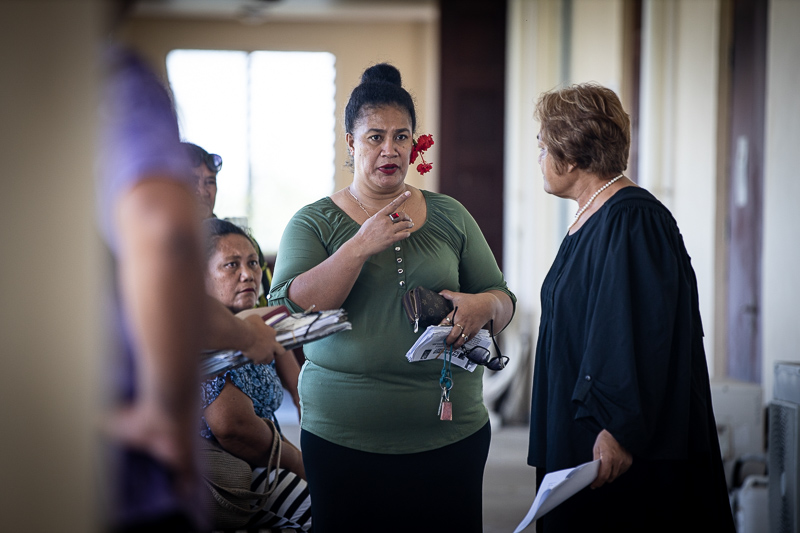 “There is no question that the Applicant did not sign at Faleata Police Post on Friday 13 March 2020 as ordered by the Court,” said Justice Tafaoimalo.

“I am guided by section 99 of the Criminal Procedure Act 2016(‘CPA’) in this application for bail. This section provides for the factors relevant to my decision as to bail.”

Justice Tafaoimalo said the only factor considered by the court is section 99(g) CPA where she  took into account whether the Applicant has a history of breaching Court orders including other orders imposing bail conditions.

“The main reason for the Police opposition is the Applicant not signing on Friday 13 March 2020 at Faleata Police post as I had ordered in my ruling dated 9 March 2020.

Before I address this factor, I must note the extreme unusualness in my experience of a defendant being arrested by Police after missing one signing and after having reported to another police station.

“Perhaps it is commonplace but this is the first time I have seen this vigilance on the part of the Police.”

Justice Tafaoimalo accepted that Lema’i did not sign on Friday 13 March 2020 at Faleata Police Post as per his bail condition.

“I accept that he instead reported to Tuasivi Police Station a day later. I do not find that this amounts to a history of breaching bail conditions.

“He did report to a police station which indicates quite clearly that he was not evading Police and was genuinely concerned about his Friday signing.

“Despite what his reason may have been, I do not find that his actions amount to a significant breach or a breach which would satisfy me that there is therefore just cause for his continued detention.

Justice Tafaoimalo granted bail with conditions that travel documents must be surrendered to the Registrar of the Court and reside at Vaitele Uta. He was also ordered not to contact or go near the alleged victim and prosecution witnesses; Talalelei Pauga, and he must sign in twice a week to the Apia Police station every Monday and Friday before 4pm.

“Do not post on social media in relation to these particular proceedings and appear on your hearing date.”

Furthermore, the Judge ruled that Lemai’s hearing is scheduled on Monday 9 November 2020 at 10.00am as indicated as scheduled.