'We Are Samoa' reimagined for virtual Jazz Day performance

Despite having to cancel its annual Jazz Day celebrations, the Samoana Jazz and Arts Festival team joined global festivities hosted by Herbie Hancock via the internet this year with a virtually produced rendition of We Are Samoa by Fa’anana Jerome Grey.

Local organiser for the last several years, Siteine Peta Siulepa started preparing the group of 15 Samoan musicians to participate with just four or five days before the deadline, International Jazz Day on 30 April.

The group included Matamua Opeloge Ah Sam, composer and director of the Kataia Abundant Life School, Fa’anana and his son Tinifuloa Grey from Savaii, and Mack Tane the sound engineer who helped put on the Pacific Games opening and closing ceremonies.

The Samoan artists are from Samoa, American Samoa, New Zealand and Hawaii. Siteine said when the International Jazz Day organisers told her they were going virtual, she immediately set about contacting the group that were meant to perform in this year’s festival, which was cancelled due to COVID-19.

“I made a few a few calls to those musicians who had planned to come to our Samoana Jazz & Arts Festival and were impacted by our cancellation and connected with previous artists who had performed at Samoana, including locals from both Samoas and the response was immediate: ‘Let’s do it!’”

The team immediately set to work on recording their parts for Fa’anana Jerome Grey’s We Are Samoa, first recorded 20 years ago. He and his son got on board straight away, and Matamua built the arrangement.

“[It] is such an iconic song that all Samoans can relate to,” Siteine said.

“The lyrics of the song invokes a connection to the homeland, the lyrics speaking to Samoa and the values of who we are as a people.

“It seemed the obvious choice for our song, especially because of the global pandemic close on the heels of the Measles pandemic.”

Recording the song across countries, international datelines, different instruments and harmonies was an experience many had never done before.

Matamua produced the final product from Kaitaia and it was done in time for the virtual celebrations over 30 April and 1 May.

“When I saw the first cut I cried,” Siteine admitted. 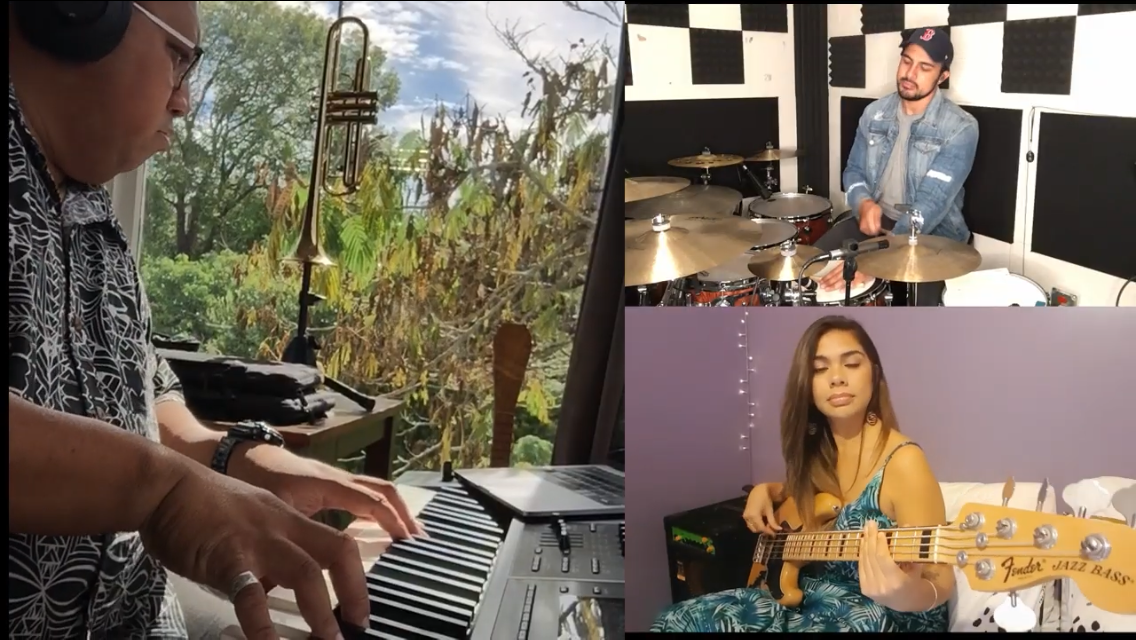 “Everyone was committed to their parts and their hearts came through in each artist’s performance, the song came alive! Then to have Fa’anana Grey’s voice and to see him was also emotional for me.

“We all knew that this wasn’t just about International Jazz Day, this was about being Samoan on a global stage and giving this really challenging situation our best shot because we were representing each other, our families, our villages and our countries and that’s why We Are Samoa was the obvious song to perform.”

Samoana Jazz & Arts Festival has been part of the U.N.E.S.C.O. International Jazz Day since November 2014, the first ever Samoana Festival.

The second festival was dedicated to the ‘Untold Story of Jazz’, and Samoa’s history as the birthplace of jazz in the Pacific, and home to the jazz legend Mavis Rivers.

Siteine was even invited by the Herbie Hancock Institute of Jazz to be part of a Global Panel of International Jazz Day Organisers to share Samoa’s story and how Samoan jazz was shaped by the world and in turn shaped the genre.

The year the festival was due to coincide with international jazz day instead of being held in November, the COVID-19 pandemic meant they had to cancel the celebrations. 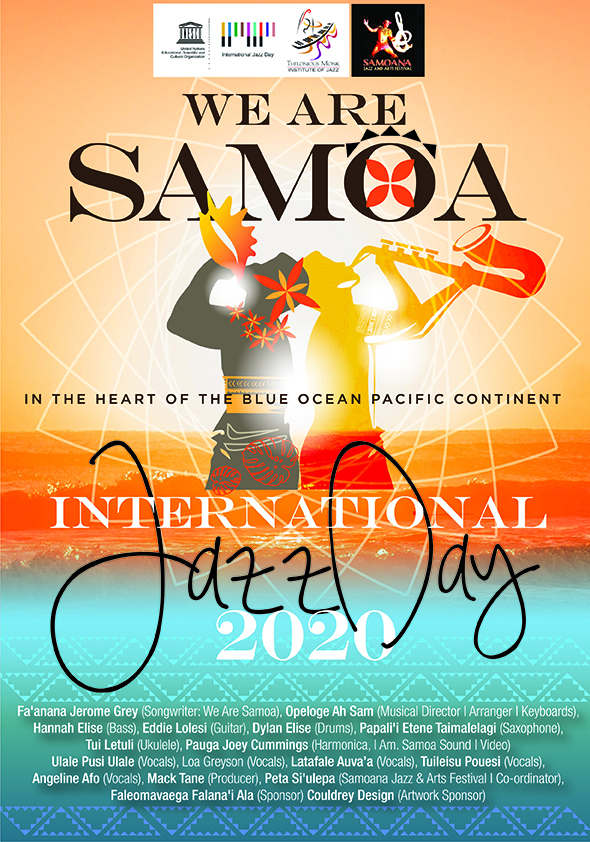