Two political parties say they will fight the Government in Court to stop three bills to reconfigure the Lands and Titles Court (L.T.C.) and Judiciary if they pass into law.

The opposition parties have also urged the Head of State, His Highness Tuimaleali'ifano Sualauvi Vaaletoa II, not to provide his assent to the bills.

The bills are the Constitution Amendment Bill 2020, the Lands and Titles Bill 2020, and the Judicature Bill 2020.

Together they will create an entirely autonomous L.T.C. The court will severed from the existing judicial branch and remove the power of the Supreme Court to oversee judicial review of the L.T.C. and for unsuccessful parties to appeal its decisions to the Supreme Court.

Opponents of the bills say their changes would negatively affect fundamental rights of the Samoan people.

The S.N.D.P. President, Vui Seigafolava Masinamua, confirmed that the newly re-created opposition party would support a movement to take the Government to court should the three bills be passed.

“Of course, that is what we are looking at; an injunction [the S.N.D.P. and S.F.P.P.] are focusing on right now is to stop the bills from reaching the third reading,” he said.

Vui alleged any amendments made by the current Government to the Constitution are illegal and should be disallowed.

“The biggest worry is for the country, but my request is for the people to be still as such bills will be the birth of conflicts in families, that’s the worst part,” he said.

“I urge the matai in the villages to watch intently as elections are near, [H.R.P.P.] will caress you with their left hand while Tuilaepa and H.R.P.P.’s fists are kept hidden behind your backs.” 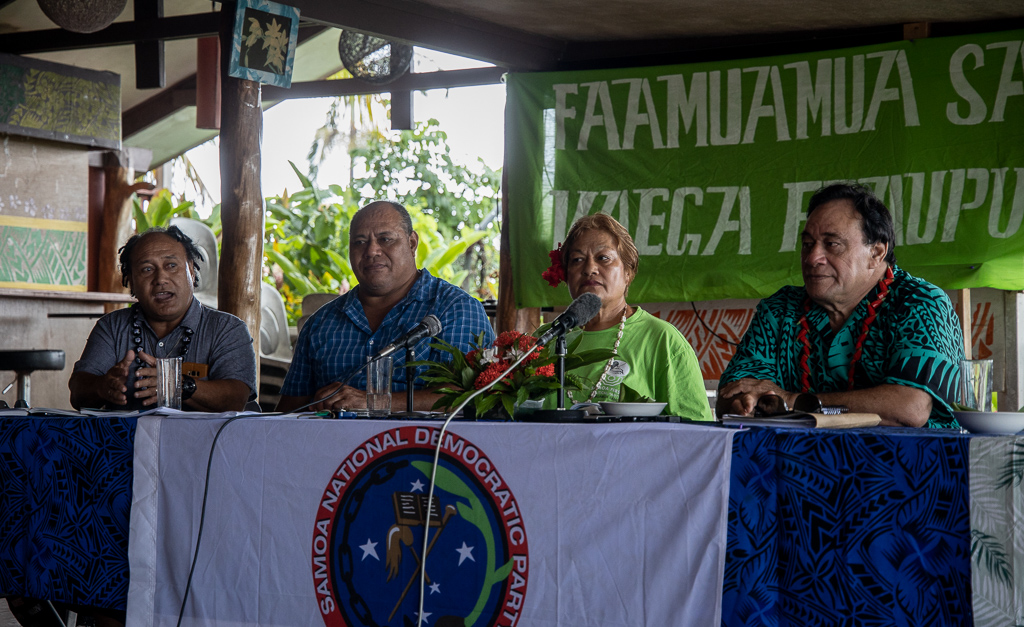 During a joint press conference held by the two political parties, the S.F.P.P. leader, Unsasa Iuni Sapolu called the timing of the bills’ introduction, shortly before the introduction of a national state of emergency, “dirty politics” and very poor.

This comes after the Clerk of the Legislative Assembly, Tiatia Graeme Tualaulelei, confirmed that there was no public consultation before the Lands and Titles Court Bill 2019 was tabled in Parliament.

That bill was later withdrawn and replaced with the Land and Titles Court Bill 2020, the Constitution Amendment Bill 2020 and the Judicature Bill 2020 which proposes the independent L.T.C. Court.

According to Article 109 of the Constitution:

“Any of the provisions of this Constitution may be amended or repealed by Act, and new provisions may be inserted in this Constitution by Act, if a bill for any such purpose is supported at its third reading by the votes of not less than two-thirds of the total number of Members of Parliament (including vacancies) and if not fewer than 90 days elapse between the second and third readings of that bill: