The village of Fagali'i has benefitted from a donation of rubbish stands to improve the protection of the environment and strengthen waste management in Samoa.

The donation is courtesy of the Global Environment Facility's (G.E.F.) Pacific R2R International Water Project, implemented through the Water Resources Division of the Ministry of Natural Resources and Environment (M.N.R.E.).

It aims to ensure the sustainable management of water resources within critical watershed areas in Apia, through a "ridge to reef" approach. The ridge to river approach is designed to manage waters from source to sea, ensuring healthy river basins and coastal areas where people and nature thrive.

Project Manager, Fataeti Funefeai, said the focus of the donation is on waste management because there has been an increase in rubbish dumping in rivers and catchment areas that have affected the groundwater aquifer.

Twenty five rubbish stands were donated. It is the third time the village has benefitted from the project, the first in 2018 and the second in 2019. The idea is for all families in the village to have a stand. 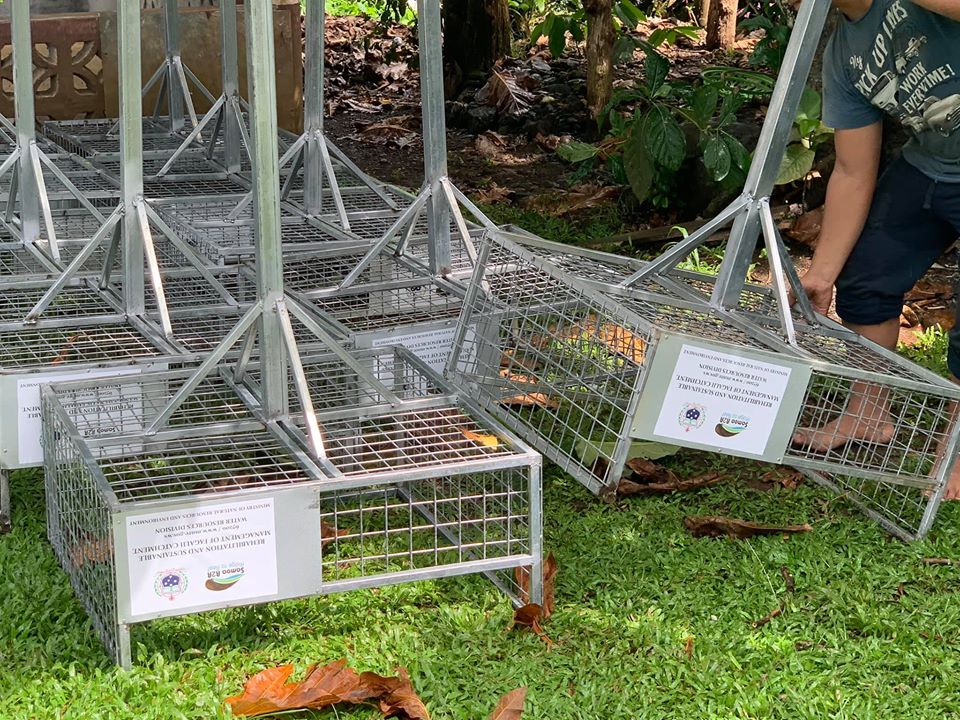 But Fagali'i is not the only village to have received help from the project.

The project had also funded boat engines and lawnmowers for other villages within the ridge to reef area.

"These were funded under the needs discovered during surveys. The village did not request for it," Fataeti said

"Fagali'i has a marine protected area where they had clams. Back in the days, it was badly affected by the rivers that carried dust and sediments. That was the reason why we developed a project like this, so now Fagali'i's marine area has been very successful."

"We also donated a rubbish stand to Samoa Primary".