The Samoa Research Organisation of Samoa (S.R.O.S.) is currently testing different types of plants and fruits to identify their medicinal value as well as their viability as commercial crop exports.

The S.R.O.S. Plant and Postharvest Technology Division Manager, Dr Seeseei Molimau-Samasoni, told Samoa Observer that currently they are genotyping each plant and testing them to identify their benefits, especially those used by Samoan traditional healers.

Work with bacteria is also done in their laboratory, according to Dr Seeseei, who said that they have come across bacteria that are becoming resistant to antibiotics prescribed by doctors.

“We try to find from these medicinal plants with chemical components in them that would allow us to treat these difficult infections,” she added.

But the S.R.O.S. research is not only limited to medicinal plants, as it also studies general plants and is looking at expanding its work to the ocean, through the collection and testing of samples. 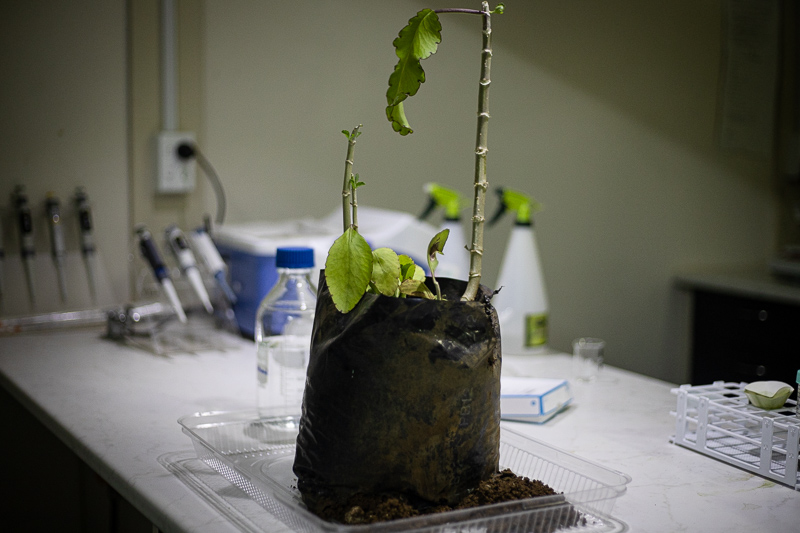 Dr Seeseei said every two years the organisation has an Awareness Day with the various stakeholders including schools invited to their premises.

“On our Awareness day, we invite all our stakeholders and schools to come down to our compound and we show them around our organization. Obviously that gets a little bit more difficult with our more high tech equipment that we’ve had. We can’t have people coming in and touching it as they might break stuff,” she added.

“For instance, we go out and speak to the farmers and to the vendors, we specifically target small groups of farmers and vendors, because there is a specific message that we want to give them and that is looking at the Postharvest losses alone.

“So we go out to the farmers, we train them and we have a workshop which lasts for a week, and we take them through different methods that they can employ to reduce postharvest losses. Like not leaving their produce out in the sun, the best time of the day to harvest their produce and so forth.”

Currently, research is being done on taro and breadfruit, to ascertain the possibility of keeping the crops fresh when exported to markets such as New Zealand and Australia.

Dr Seeseei said breadfruit is highly sought after in New Zealand with one fruit selling for NZ$10, which makes its export commercially viable.