Work at a new Catholic Church cathedral at Lepea is 70 per cent complete and will cost about T$10.5 million upon its completion.

The treasurer of the St. Theresa’s Jesus The Child Lepea Catholic Church Cathedral Construction Project, Fuiono Felise Vito, told Samoa Observer that the project does not have any liabilities since its commencement.

“This is a $10 million-dollar project and work on this building has already been completed 70 percent,” he said.

“The work you see hasn’t been affected by the Samoa Government shutdown and the work is progressing well. But we’ve been blocked or delayed with some parts of the building like the windows and bells.”

The new church’s stained-glass windows were ordered from New Zealand and four bells from England with the coronavirus (COVID-19) global pandemic resulting in their arrival being delayed. 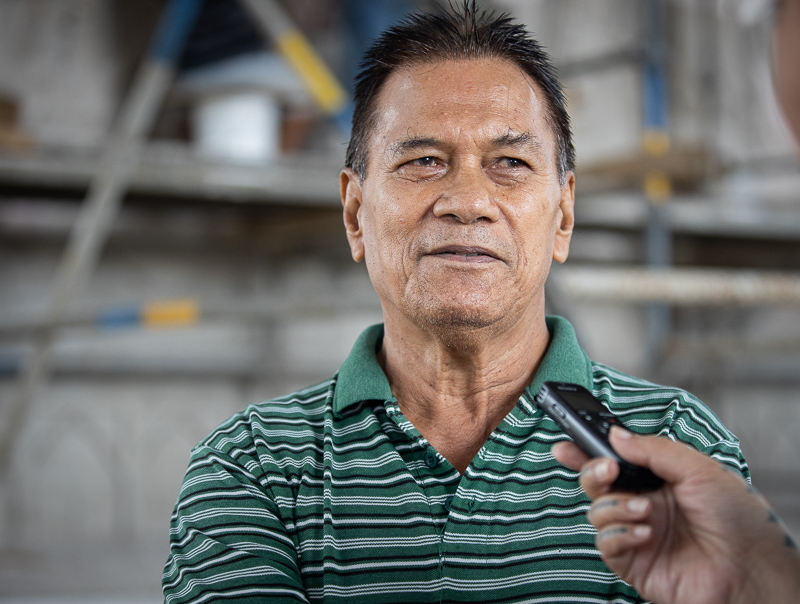 With 20 workers currently on site, Fuiono said the project continues to make progress, except for the delayed arrival of the bells and stained windows.

“We’ve ordered the Church bells for this Cathedral from England and the stained-glass windows have been ordered from New Zealand, but the shut downs in those areas are causing delays of the supplies,” he added.

“But the project is still moving forward as you can see. They’ve done the roofing for the two steeples and they will be placed on the top of the building next week.”

The project also needs more funding in order to complete the outstanding work and is within the vicinity of about T$3 million.

Fuiono says the project did not need a bank loan to fund the church’s construction with most of the money donated by church members.

“The funds that have supported this massive project have come from the kind hands of our Church members.  The building has been funded by donations of Church members.” 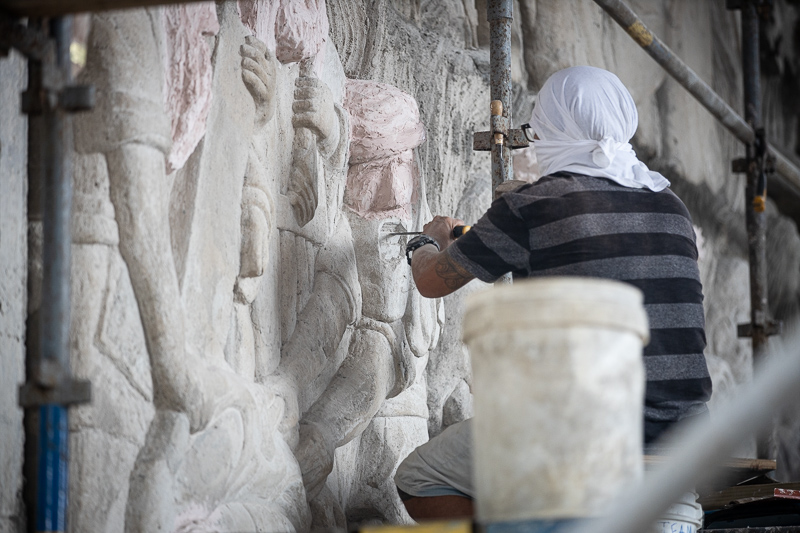 A total of T$7.5 million has already been expended on the project with the total cost around T$10.5 million.

“This project started in December 2014 so it has been in progress for six years. Our work has not been affected by the lockdown and some people are saying that our project is moving too slow,” Fuiono added.

“But this type of colossal project requires about 40 to 60 men. We only have 20 men, which isn’t even have half the required crew, but if we increased the number of laborers, that would also increase our weekly costs.”

Father Ricky Bernard, who is the foreman of the project, was not available for comment. He was seen carving images depicting the Catholic's "stations of the cross" into the new church's concrete walls.