A road construction project to make the Moamoa ford easier for residents to use during flooding is underway.

The Government confirmed that Ah Liki Construction has been building a make shift access road for traffic, to allow the project to proceed. 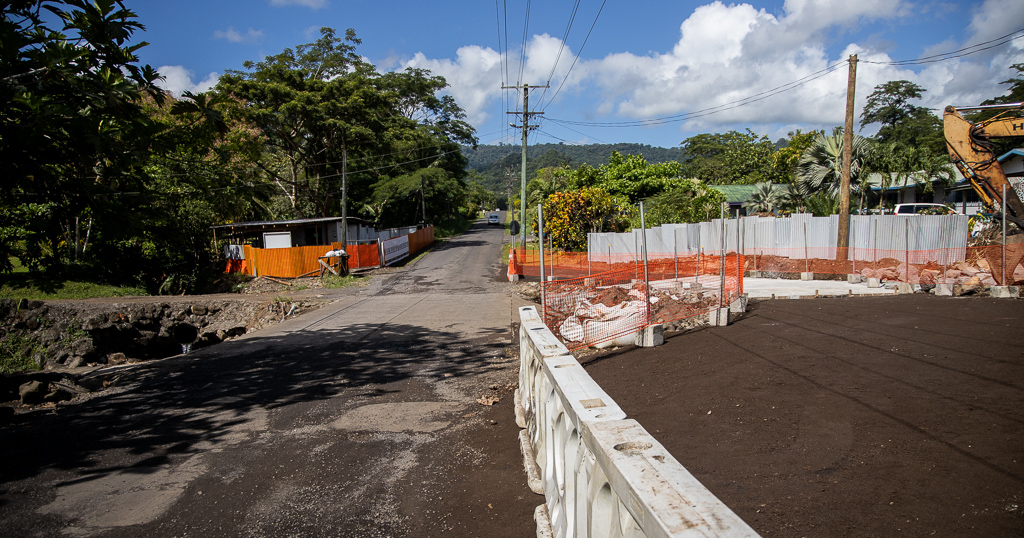 Once the project gets underway, the ford will be replaced by an elevated new crossing.

The project is co-funded by the World Bank and the Government of Australia.

The project comes after Moamoa residents petitioned the Government to address the issue which has interrupted travel for the thousands of them over the years.

Moamoa resident, Monica Malaki, told the Samoa Observer that flooding has always been a challenge.

“Our daily lives are affected during the flooding,” she said.

She added that the villagers cannot leave the village when the ford gets flooded.

Some times, residents who had been to work cannot reach their homes.

“A bridge will really help our village because it will ensure the safety of the kids attending school here.”
Another Moamoa resident, Taualogomai Eteuati, expressed similar sentiments.

The Principal of Channel College, Fr. Sipiliano Fakaosi stressed on the challenges that the students of his school faces when travelling up to the Catholic Church-run institution.

“Channel College is different from many other schools because we are located in a remote area so you have to cross a fiord to access the school.

“It is really dangerous to cross it when there is flooding due to heavy rainfall,” he said.

He added that there are times when students are dismissed early because of heavy rainfall.

“Luckily we used our bus and vans to transport the students safely across the ford.”