One of the Methodist Church buildings closing its doors and gate. (Photo: Aufai Areta Areta )

Sunday this week marked the fifth week since Samoa's church buildings became empty on a day when they are usually the fullest.

This is the result the State of Emergency (S.O.E.) orders declared by Cabinet as part of the country's response to the coronavirus pandemic.

The Ministry of Health has confirmed that Samoa remains coronavirus-free. 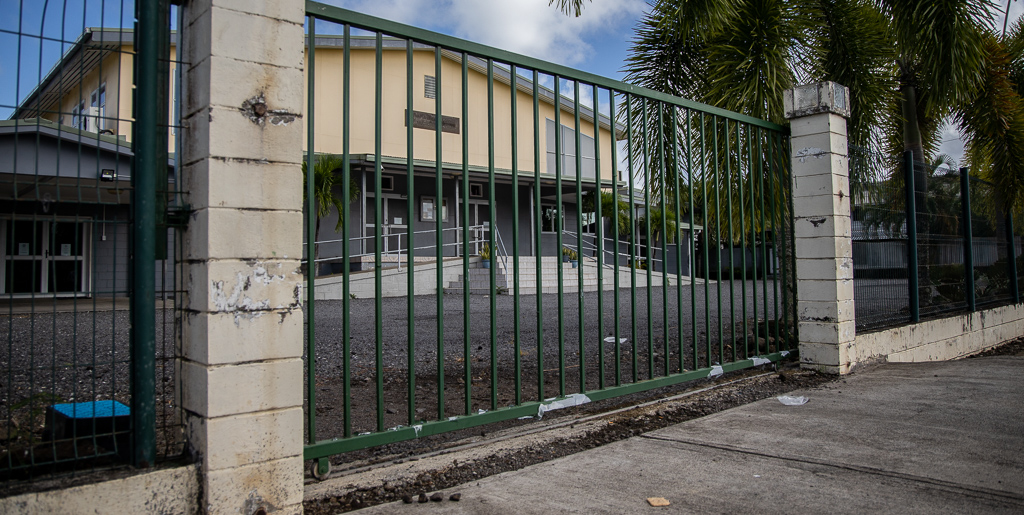 Since the ban on church gatherings, families around Samoa have had to follow church services via television or on Facebook.

The General Secretary of the National Council of Churches, Reverend Maauga Motu, was approached by the Samoa Observer to comment on whether he believes church gatherings should be allowed to continue.

“I cannot comment on that subject because the Council has not had a meeting to discuss this matter,” he said.

But he shared his views as an individual Church minister.

“I truly support the orders from the State of Emergency that the Prime Minister has announced," he said.

“The Government made the decision of banning church gatherings as a precaution to save the lives of our people.

“As a church minister and a church goer, I don’t think there is a great impact of this decision as it is only temporary but also it is better to be safe than sorry.”

Rev. Motu added that prayers can be done at the comfort of everyone’s home.

“Ever since the ban was put in place, every Sunday around 6am my family gets dressed in our church clothes.

“I lead my family with a prayer, read a message from the Bible. Even though the world is going through difficult times but we continue to have faith in God who will answer our prayers even if it is done at home.”

He stressed that people should still remain faithful to God despite the bans of church gatherings.