Photographers: insight into their work. (Photo: Vaitogi A. Matafeo)

Three locally-based professional Photographers have given insights on their line of work and how they first started using this skill to capture images of Samoa and her people.

For freelance photographers, Charles Netzler, Nadya Va'a, and Jordan Kwan, getting into the profession was not by design, as they revealed that it was either through another venture when they needed their own images or due to the absence of pPhotographers a decade ago.

Mr. Netzler told Samoa Observer that his passion for photography began during his teens, when he would borrow his brother's camera and take pictures at the beach, though his interest in graphic and visual design also played a part.

"I started (professional) photography about nine years ago," he said. "When I was around 21 or 22, I was selling landscape prints and that was to only a few people who enjoyed the photos, and that's how I transitioned into wedding photography. So from there, it was a good way to reinvest into equipment that's more focused on portraits and weddings."

People gradually saw him as a Photographer as he expanded his work. Landscape photography was his favourite, as he enjoyed capturing images of scenery.

"In journalism, a picture tells a story and in a more commercial scene, your photo reflects your quality of work. For me, landscape work is my favorite because it is what I enjoy the most. I would say that my work is more based around a scene so I like to incorporate both the subjects and the environment that they are in,” he said. 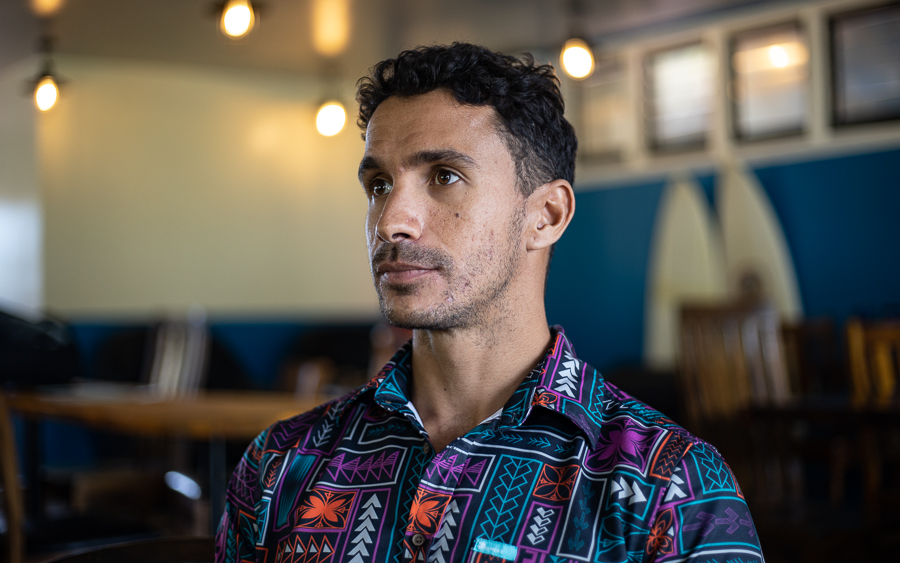 “From a landscape point of view, the composition is still one of the more important things and if you combine those elements it creates a more interesting image.”

Describing himself as a “classic or old school photographer”, Mr. Netzler said the rules of the game remain the same for all cameras, regardless of the camera model.

“If you are looking to learn photography then the rules of composition, rules of depth perspective are still always the same, no matter what camera you have, phone or even a film. If you are thinking of doing it professionally then also learn how to market yourself."

As for the Principal of Nadya Va'a Photography, Mrs. Va'a initially started in graphics design, but using the right images in her artwork got her thinking about adding photography to her resume, and then a friend asked her to take wedding photos.

“I have my own business and many times if I work on a publication layout or website, I need photos and eventually it became clear that it is easier to take your own, than to depend on a client to provide the right shot," she said.

Mrs. Va'a has moved leaps and bounds after her decision to go professional and has done work for big clients, such as the Ministry of Women Community and Social Development’s awareness campaign on domestic violence.

Her graphic design portfolio has also taken off with her submission of the winning design of the 2016 Commonwealth Youth Games medal (the reverse side), which she described as a highlight of her work.

And with most smartphones now equipped with cameras, interest in photography continues to grow in Samoa. But Mrs. Va'a says investing in good photography equipment and practice is essential if someone wants to take it up as a career path.

"I think one good way of doing it (practice) is to try and copy images that you like, not for the sake of pretending it's yours but try to copy the light, the composition, atmosphere and eventually through this practice you will develop your own style and learn the camera buttons which is very important," she added. 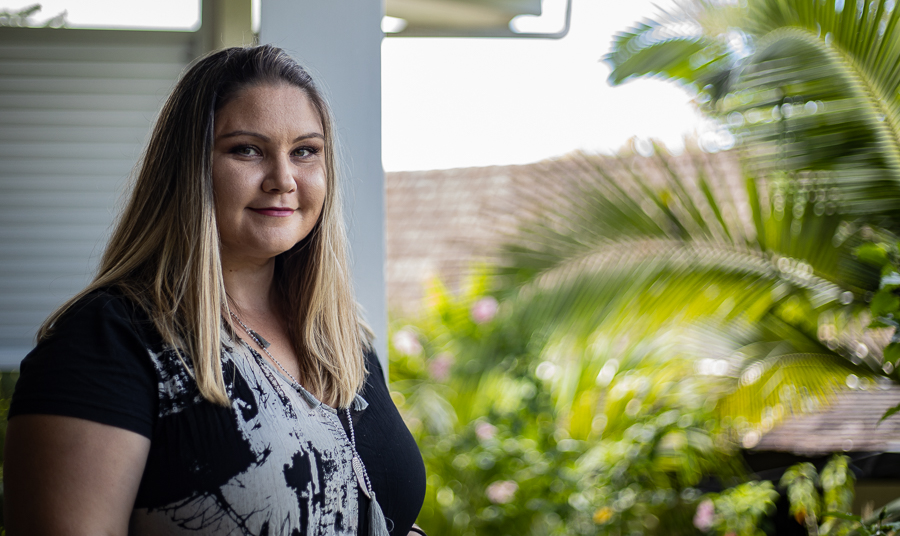 A disciple of the mantra "a picture is worth a thousand words", Mr. Kwan said the famous quote reverberates with him as he sees photography as a “storytelling” platform.

"It's true. I like to look at photography as a storytelling medium," he said. "You’ve done a great job as a photographer if people look at your work and find a compelling narrative."

A creative marketing collaboration with Samoan author, Lani Wendt Young for her Telesa Book Series remains one of the highlights of Mr. Kwan’s work.

"Even though my work then was amateur at best, I always look fondly back and appreciate how far I’ve come. Other than weddings, some of my other notable works definitely include Eveni Carruthers.  I shoot a lot of their promotional material, and I like that they’re open to creative input and ideas," he said.

"One of the joys of being in the industry is being able to meet other creative minds and collaborate on projects together. Sometimes the combination of lots of creative minds on a common goal can produce some truly stunning work.

“I reckon our content has helped further Samoa’s visibility overseas as a paradise worth visiting. The local creative industry is world-class, and you can tell by the kind of content we produce that is viewed and shared by thousands of people on social media.”

Mr. Kwan’s work has already attracted interest from clients abroad, who thanks to his photography work now see Samoa as a potential destination to host weddings.

“I’ve received valuable feedback from many overseas couples who found my work online while looking for potential wedding venues. I’d like to think in some small way I’ve helped promote Samoa to an overseas audience.”

Hence for aspiring photographers keen on taking up the art, Mr. Kwan says it is a journey and results should not be expected overnight, as you need to dedicate time and commitment as well as good photographic equipment.

"You don’t need the most expensive equipment to produce magic. Make it work with what you have and work your way up.  Some of my best work was shot with affordable gear. Money doesn’t equal passion and talent," he added.