Close to 200 New Zealand citizens flew out of Samoa for home on Friday in a Air New Zealand repatriation flight, some of them missionaries who were forced to cut short their stay by the COVID-19 global pandemic.

Sister Lanett Ho Ching, a missionary with the Church of Jesus Christ of Latter-day Saints (L.D.S.), told Samoa Observer that 24 L.D.S. missionaries were returning to New Zealand in a bittersweet conclusion to their stay in Samoa. 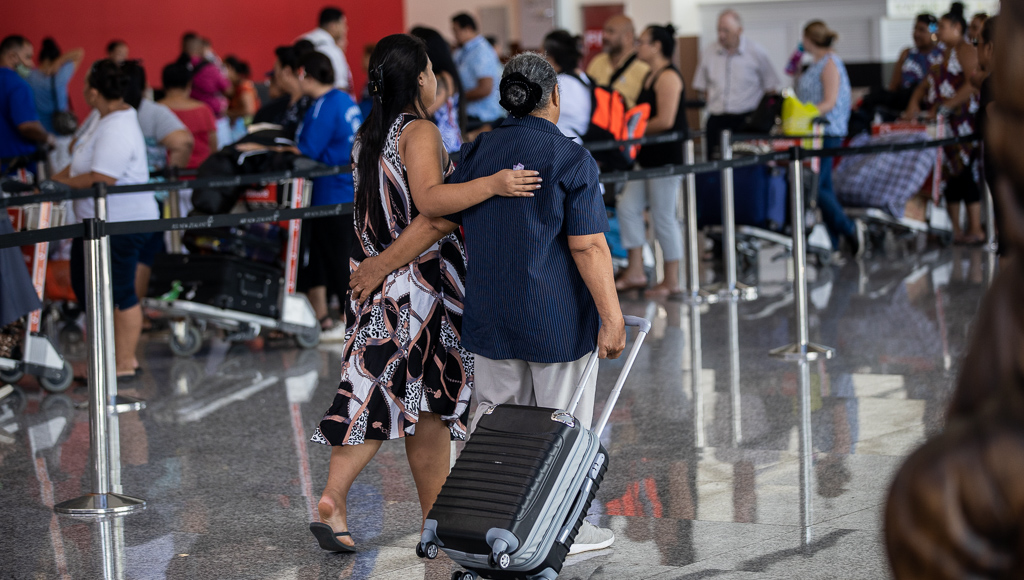 “It’s the definition of bittersweet and these people have grown as families,” she said.

“Elders serve for two years and sisters serve for 18 months and some are being cut short due to the situation, but hopefully when the restrictions are uplifted, they can return here and continue their service.”

The 24 missionaries were initially scheduled to leave three weeks ago on a Fiji Airways charter flight, but were unable to travel due to certain restrictions. 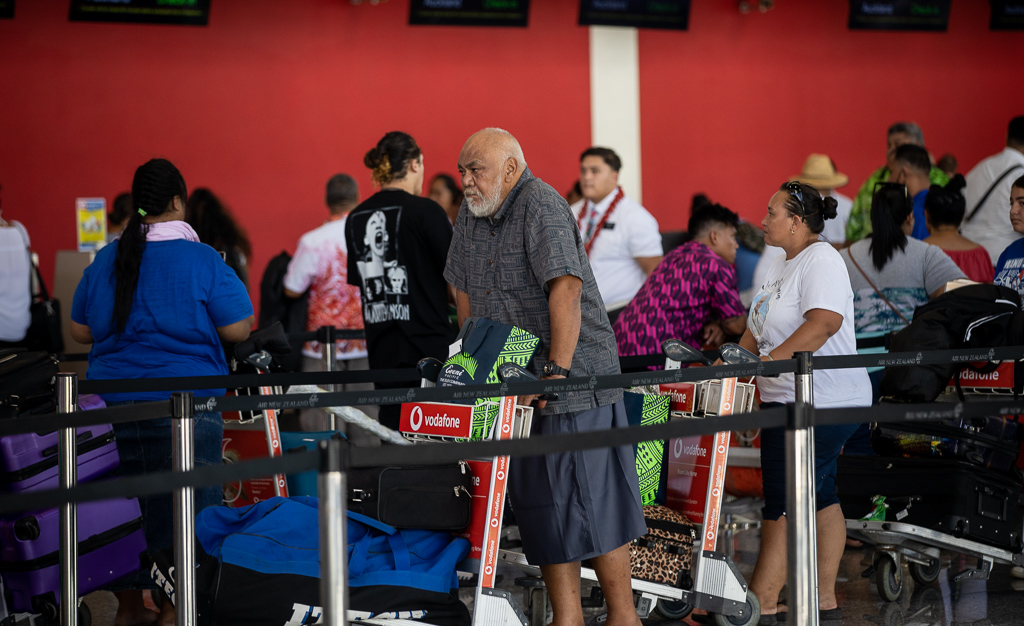 Ho Ching said they stayed on for another two weeks before flying out on Friday.

“So we had them come back and they were able to work for another two weeks,” she said.

“Some missionaries are Australian citizens but they only have New Zealand passports so that’s why they’re returning today.” 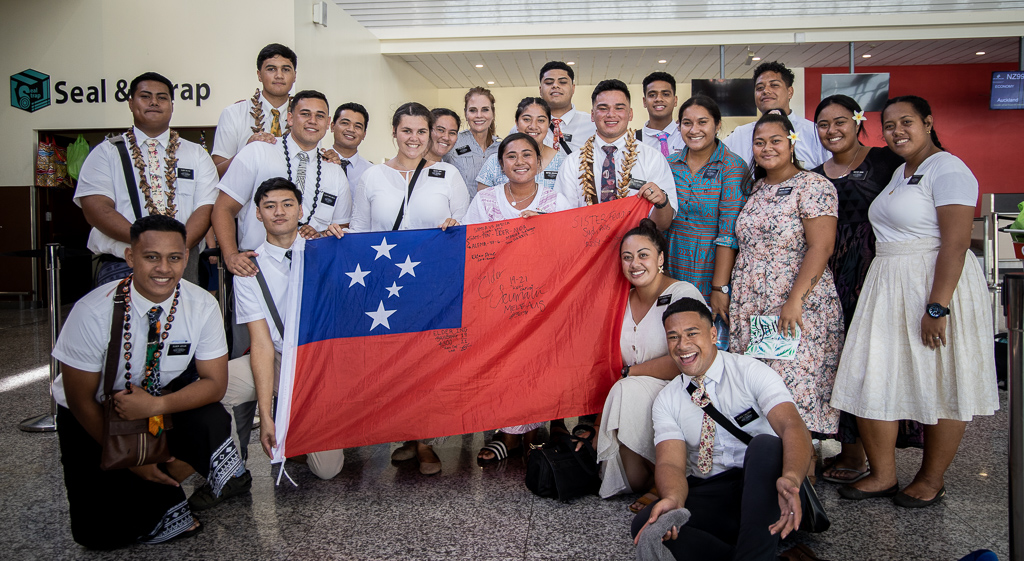 Out of the 180 L.D.S. foreign missionaries who served in Samoa, 45 remain in Samoa and comprise mostly Tongans and one Papua New Guinean.

Apart from the Kiwis who travelled out of Samoa on Friday, a majority of them were New Zealand-based Samoans.

Among the passengers who flew out was Samoan couple Tagata and Auvaa Tamasese and their daughter, who were sent off in an emotional sendoff by their relatives. 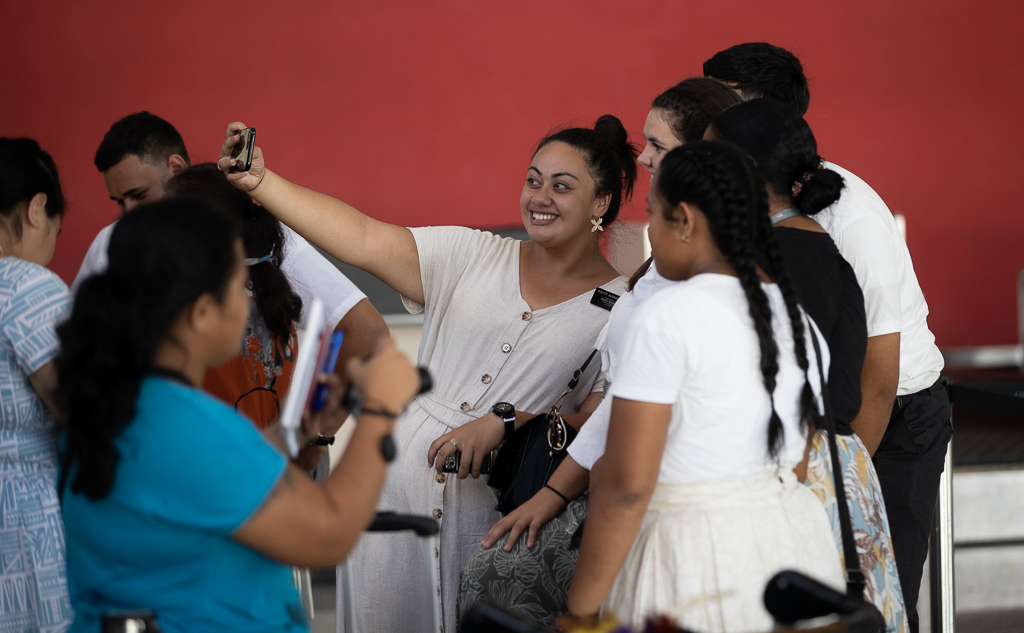 They travelled to Samoa early March and couldn't return to New Zealand early this month due to the COVID-19 lockdown. While being away from Samoa and family is hard, they said they were desperate to return to their children in New Zealand.

“As a parent, we can’t wait to go back to New Zealand as we’re really very worried about our three children in New Zealand that were not able to make it,” Mr. Tamasese said.

“We’ve been searching for opportunities like this and we were lucky to have known of the flight earlier before it was fully booked.” 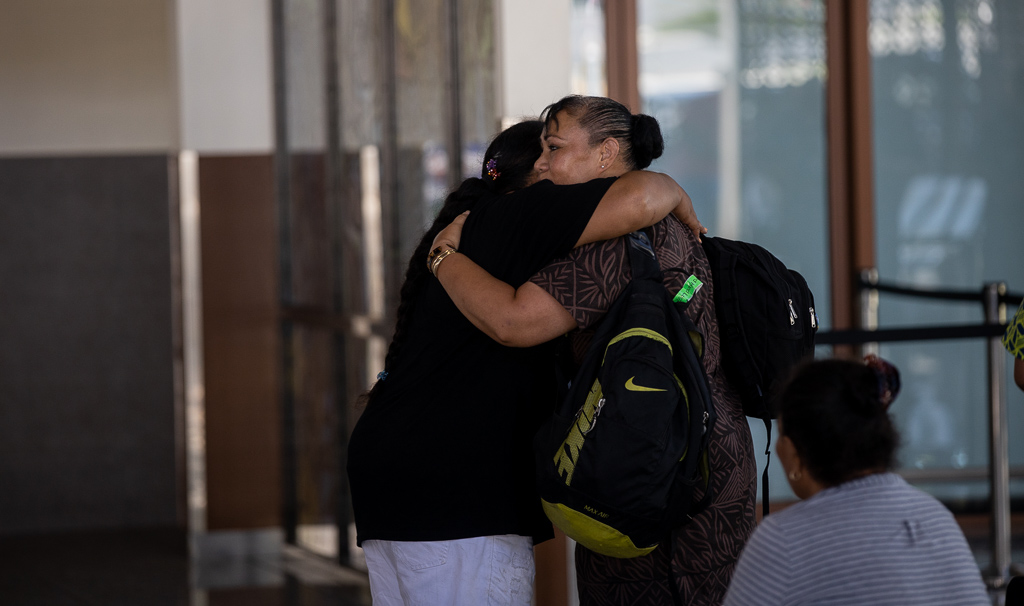 For 34-year-old departing Kiwi passenger Michael Andersen, he prefers staying in Samoa which currently remains free of COVID-19, and added that he nevertheless enjoyed his visit to the country.

“I was supposed to head back last month and when I was forced to stay a few more days or weeks, I was actually happy about it as I was enjoying my first ever trip to this beautiful country,” he said.