S.T.A. distances itself from convicted rapist in promotions

Samoa
A photo of Seti (with guitar), believed to have been taken in 2009, appears on the website of a Canadian travel agency. (Photo: Goway)

The Samoa Tourism Authority (S.T.A.) says it is trying to remove all traces of images of a convicted rapist who has featured in material promoting Samoa as a destination as late as 2018.

Fatu Seti was convicted in 2014 of raping a 19 year old woman in 2005 in an incident that took place in New Zealand.

But between being charged and facing trial, he successfully evaded New Zealand authorities for years by obtaining a passport in another name by dressing as a fa'afafine (transgender person) and fleeing to Samoa.

A Samoa Observer investigation has revealed that, despite his case's notoriety in New Zealand, Seti’s image continues to be regularly used in local and international travel material promoting Samoa as a destination.

Images of Seti, particularly one of him playing guitar at the beach, often appears credited to the Samoa Tourism Authority on tourism websites and blogs as far afield as America, China and even a destination guide published by Australia’s national airline, Qantas, in 2017-18. 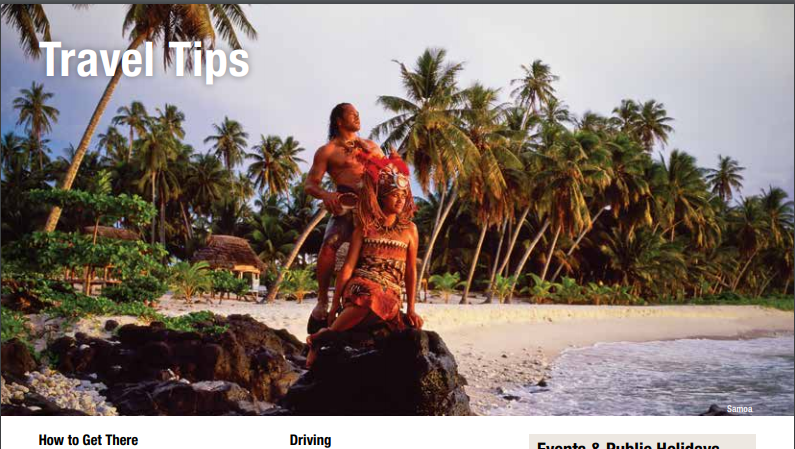 The Samoa Tourism Authority told the newspaper that it is removing images of Seti from its online database of stock images, which are taken and allowed to be distributed for promotional purposes.

In response to questions from the Samoa Observer, S.T.A. Chief Executive Officer, Fa’amatuainu Suifua Fa’amatuainu conceded the use of Mr. Seti’s image could be harmful to Samoa’s reputation in New Zealand, a country in which Seti's case was well publicised but is also Samoa’s biggest source of inbound visitors.

“[The] S.T.A. endeavours to take down this image whenever it is notified of its presence and where STA has control. Unfortunately, in today’s world, one something goes online, it can be nearly impossible to try and take it down once users get their hands on it,” Fa’amatuainu said.

While images of Seti are often credited to the S.T.A. the Authority said it does not own the copyright to the images, which belongs to the original photographer, David Kirkland.

“S.T.A. stopped using the image as soon as it was made aware of Fatu’s case. Unfortunately, it will be at the photographer’s discretion whether or not to delete it from his image gallery,” Fa’amatuainu said.

After Seti was arrested and charged with the 2005 rape he lived in Samoa for the next eight years before being extradited.

In 2014 Fatu Seti was sentenced by Judge Grant Fraser in the Auckland District Court to four years 7 months in prison, after being found guilty of the rape of a 19-year-old woman. He was granted early release and currently lives in Samoa.

The S.T.A. did not directly say whether the organisation had been aware of Seti's criminal history when the photos of him were taken.

But one website selling prints of the work of Mr. Kirkland, a famous destination photographer, listed a frequently used photo of Seti playing a guitar on a beach as being taken in 2009.

When contacted via text message by the Samoa Observer on Friday Mr. Kirkland said he believed that "2009 sounds about right".

Seti was only extradited to face a New Zealand Court in 2013.

Seti also worked as a driver and a dancer for the organisation during the time before he was extradited to New Zealand, the Authority confirmed.

“Please note Fatu’s criminal case took place in NZ, when he was no longer employed by or worked with S.T.A.,” Fa’amatuainu said

However when interviewed by the Samoa Observer on Friday Seti said there is no problem using his photo to promote Samoa across the globe, even with his record, because he has paid his dues.

"That is not a problem for me, and if they ( the S.T.A.) know there will be more promotion for Samoa, that is alright,” he said.

“My understanding, I am a new person and I am building up myself and there is no justice in killing a person twice.

"I already served my time and the problem is I am inside the hotel association."

Seti said only Samoans will bring up the past to minimise his good deeds he has performed subsequent to his conviction.

"I have a good personality and most of my friends are women; what happened was a mistake,” he said.

Seti then asked the Samoa Observer not to publish anything in the paper about his past and warned that if it did so he would sue.