The Avele College will trial an online learning platform called the Samoa Information Technology Association E-learning platform, which will be open to other schools if the trial is successful.

The college’s entry into the online learning platform was officially marked in a ceremony on Friday morning with the Principal, Matafeo Reupena Matafeo and Cabinet Ministers Afamasaga Rico Tupa'i (Communication and Information Technology) and Loau Solamalemalo Keneti Sio (Education, Sports and Culture) in attendance.

Afamasaga credited “fast and affordable” internet courtesy of the Tui Samoa Cable, which he said made it easy for the college to sign up.

"Today you will witness the work of the Samoa Information Technology Association (S.I.T.A.). I would like to thank the President and all the information technology officers in the association for achieving this goal for studying to be made easier,” he said.

“The arrival of the Tui Samoa Cable has enabled such things to happen. It couldn't be done without it because the internet speed before wasn't fast and affordable.”

His Cabinet colleague, Loau revealed that the M.E.S.C. has long-term plans to use the online learning platform after the global pandemic crisis ended.

"The Ministry has plans to continue the use of this platform, whenever this disease will end. This means that there will be face to face classes, if the students come to school,” he said. 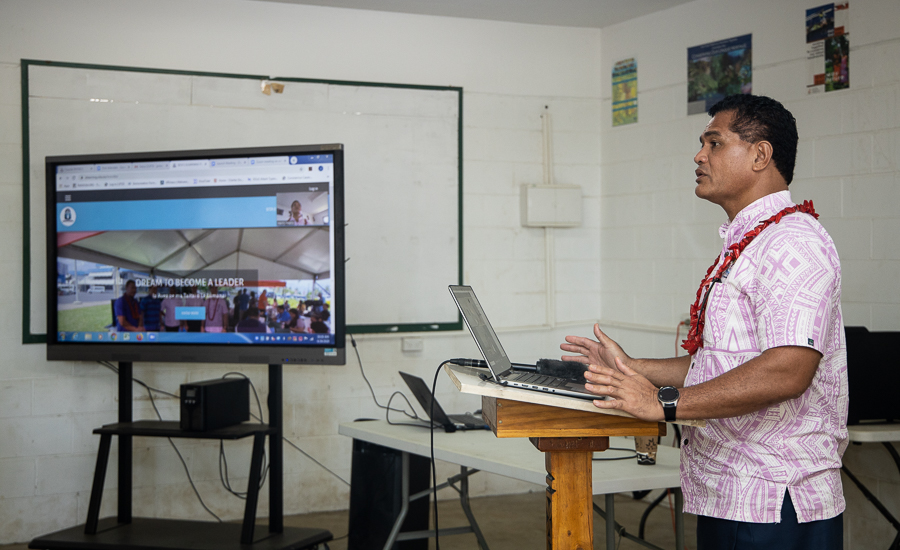 “But if you are sick and remain at home you can just check any educational material or assignments through a device. We are living in a world of technology now.”

S.I.T.A. President, Fainu'ulelei James Ah Wai, said the online learning platform is available to all primary and secondary schools and invitations were sent out to all educational institutions.

He said the Avele College were the only ones to respond and prepare for the transition to online learning.

"As soon as the state of emergency (S.O.E.) was declared by the Government, we actually had a meeting with some of the Government sector and private sector (representatives) on how we can assist during this time. The platform is called the Samoa Information Technology Association E-learning platform," he said, in an interview with Samoa Observer.

"We started planning and looking at ways on how to extend the learning capacity of students from home so we developed this system from them. We opened our invitation to some of the colleges to start with.”

The online learning platform has two components with the first one focusing on the primary school sector and the second one on secondary school.

Mr Ah Wai said as the S.O.E. was in its fourth week, they decided to go with the secondary school component of the online learning platform. 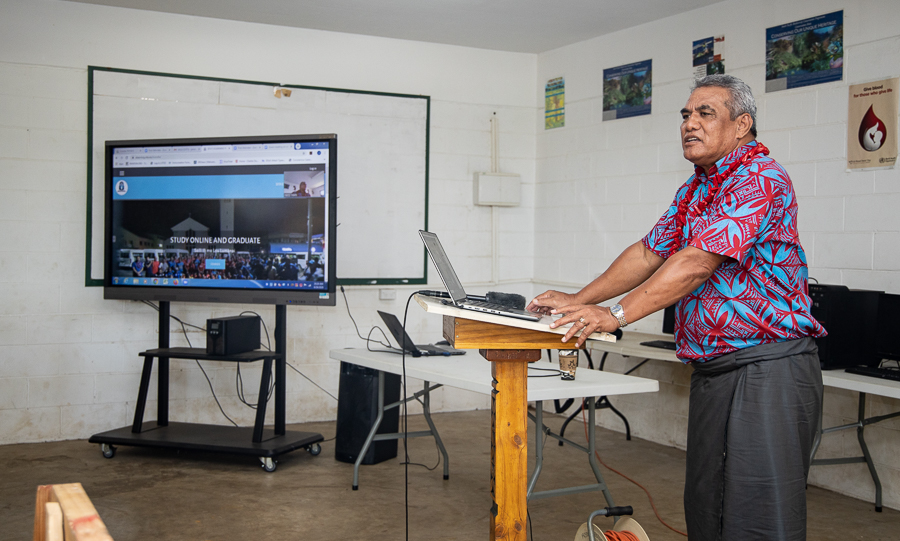 “Since the S.O.E. is four weeks, we decided to go with secondary schools, and we have some of the colleges showing their interests. But didn't have the preparation in place so we started with Avele to pilot this solution, and we are looking at ways to see some of the things that we need to improve by using this platform and then we are going to open it to other secondary schools," he added.

Choosing Avele College to trial the online learning platform has delighted Matafeo, who said the benefits will be immense as both teachers and students can access the teaching aids and material from anywhere in the world.

"First of all we are excited and these are some of the things that we never thought that will come our way. At the end of the day, we have to thank the Lord for his blessings, it's part of his blessings for Avele College,” he told Samoa Observer in an interview.

“Every Tuesday the whole school, parents, and staff, we fast and pray, that is our day of fasting and prayers. We believe that this is the answer from the Lord for us."

Matafeo said that as the college principal, he can already envisage the convenience that the online learning platform can become for everyone.

“Last year we sent some students to China to prepare for the Pacific Games, now the challenge we had is to try and get the material for them in China,” he added. 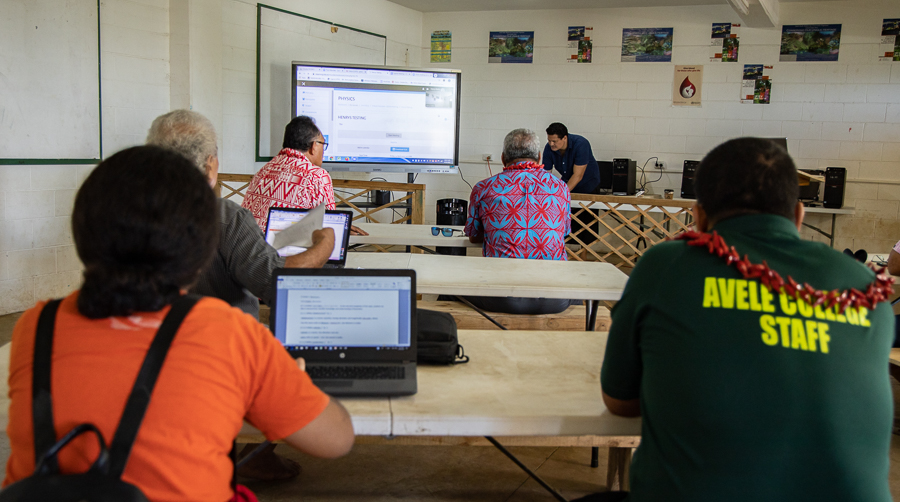 “From now on if that happens, whatever student that will be away for athletics development or any other sports then he or she can join the classes from any other part of the world.”

SITA Moodle Project Manager, Mailo Henry Mailo, told Samoa Observer that the online learning platform’s interface is easy for students to use and they are currently looking for other schools who could be interested.

"After Avele we will be looking at getting the primary schools on board as well. We have to see whoever is out there looking for this assistance, then we are willing to bring them on board, we are looking at Samoa Primary and maybe Fagali'i Primary School," he said.

"It is an open-source system, meaning that it is free so we are using a software that was developed and tested, a few years back. The only cost that we are paying here is the hosting because it is a typical setup where you would have servers, because this thing is available up on the cloud but in an ordinary typical IT environment you will have to buy the servers. There is no cost for the colleges and primary schools, S.I.T.A pays for that stuff."

Anzac Day in a virtual world

The Australian High Commissioner to Samoa has invited the public to post a virtual poppy and message online to remember those who have served our nation.

The Art Whistler Memorial Garden is on track to open in June and will be a home for endangered Samoan plant species.