Samoa's port has opened temporarily to cater to fishing vessels needs, at the same time, off load their catch. (Photo: Aufai Areta Areta )

The Samoa Ports Authority (S.P.A.) has briefly opened its borders to allow fishing vessels to offload their catch; refuel and restock their supplies until this coming Sunday. No one is allowed to disembark.

“There were many factors considered and this follows numerous requests from the fishermen that they need supplies,” he said.

“This is only for a certain period of time and our borders will be closed again this coming Sunday, but cargo and fuel ships are exempted from this closure.

“Despite our borders opening, the fishermen have to undergo health checks before they can dock at the port. And, since last week, seven vessels were allowed to dock, after they were cleared by the Ministry of Health out in the open water.” 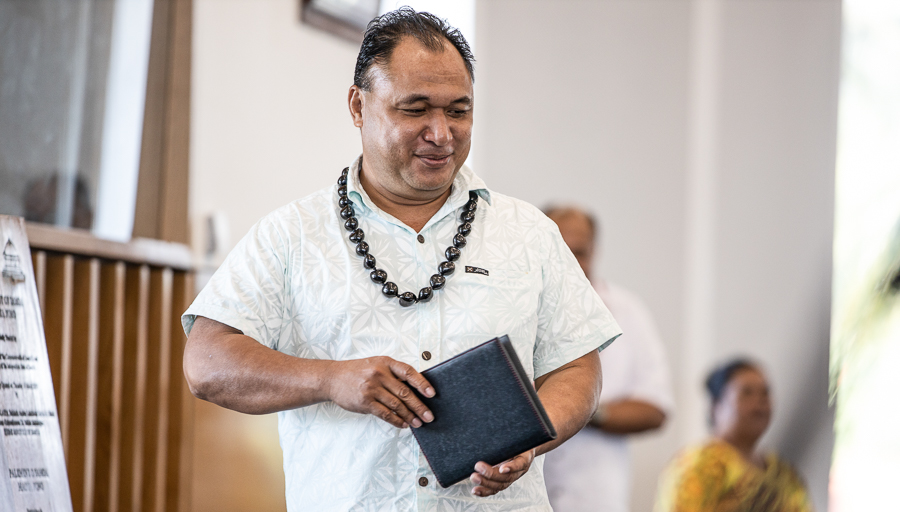 “We have the Ministry of Police assisting our Security Officers to make sure no one leaves the boat. Their supplies [were] purchased and delivered to the boats by their local agents, but no one was allowed off the boat under any circumstances,” said So’oalo.

The C.E.O. thanked the Ministry of Police for providing manpower posted near the Port to assist with border control, particularly the Commissioner of Police and Prison, Fuiavaili’ili Egon Keil.

He said that since the state of emergency was brought in last month one cargo and two fishing vessels had been denied entrance.

According to a'Disaster Advisory Committee Situation Report' compiled by the National Emergency Operation Centre in the days following the borders' temporary opening last week, vessels must comply with a number of restrictions.