Families living between Satuimalufilufi to Vaitele are not letting the state of emergency (S.O.E.) become an obstacle to generating income.

As members of the public continue to feel the impact of the coronavirus (COVID-19) global pandemic, through the S.O.E. and the laying off of workers, a lot of villagers living between Satuimalufilufi to Vaitele have set up roadside stalls to sell vegetables, coconuts, fruits, fruit salads, hand-sewn strainers (tauaga) for grated coconut and Samoan traditional food like Fa’ausi.

One of the vendors from Faleasiu, Ropati Sulupo, was selling breadfruit, coconut, taro leaves and tauaga when approached by the Samoa Observer.

“I brought 10 bags of breadfruits this morning and five are sold which is $20 each leaving five more. Despite worries from my job whether I will remain an employee or not, I’m happy I can rely on my breadfruit trees, my plantation and everything I have at home,” he said in an interview.

“Everything I’m earning today is for our Sunday feast tomorrow and I’m glad I’m earning more than enough for that.” 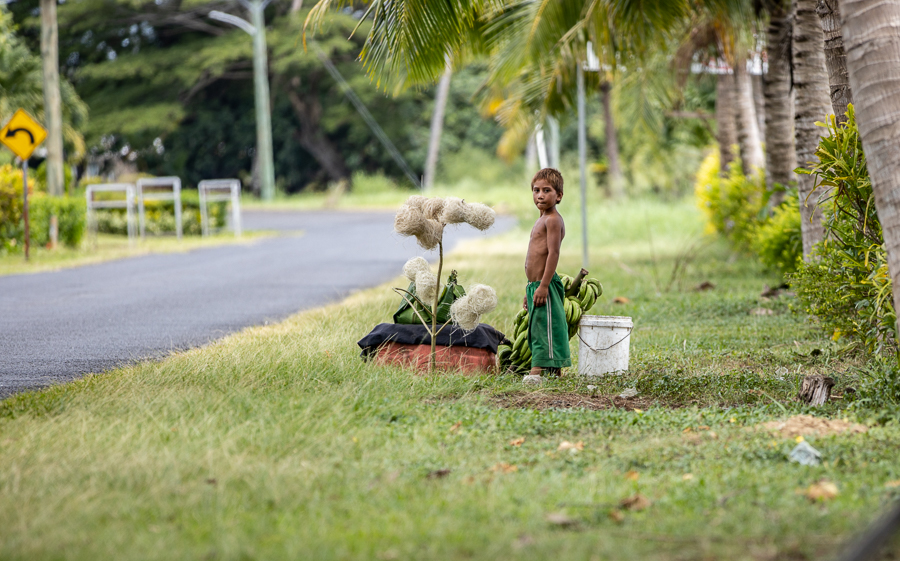 The father of four previously worked at a Frankie supermarket outlet but got laid off due to the impact of the S.O.E. and its subsequent lockdown.

He said he is unsure if he will return to his old job. However, he is thankful he can still provide for his wife and four children, who are in primary and secondary school.

At Samea village, most of the roadside vendors were children, either by themselves or with their parents selling taro and other crops.

For other villages like Faleasiu, Nofoalii and Stuimalufilufi, it was either a group of men or women selling their crops together or only Taule’ale’a of the villages.