A husband-and-wife team of emerging local singers are releasing songs during the country’s state of emergency with what they say is the goal of healing the wounds that medicine cannot heal.

Della and Sweetleilani Jensen, from the villages of Vaiala and Vaiusu, have the most played songs on radio and are trending on Facebook with their music videos shared by over a thousand people. 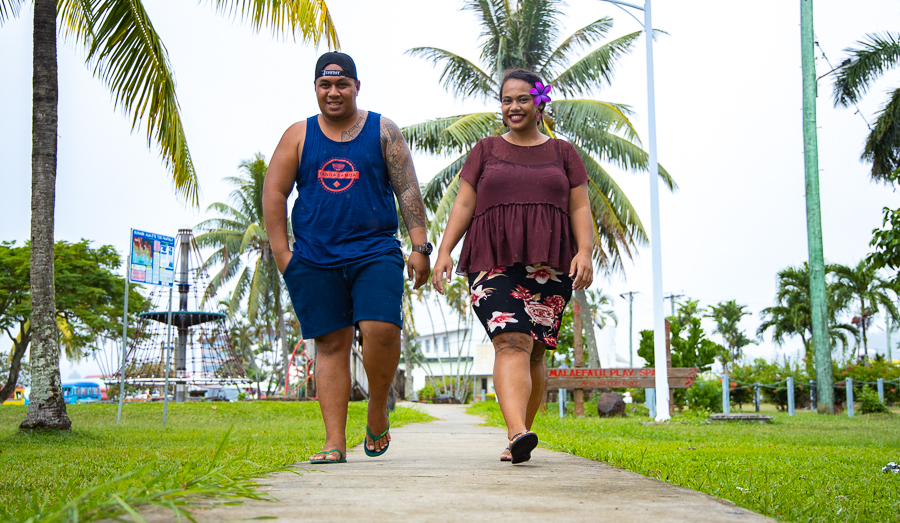 Mr. Jensen told the Samoa Observer that music was never his dream while growing up but his wife has been in the field her whole life.

“My music journey started in 2018, during my times of boredom I began writing poems which I ended up making a song,” he said.

The father-of-three added that during these hard times, especially with the world fighting against COVID-19, music can soothe invisible wounds.

He added that his very first song was released in 2019 called “O le alofa”.

“I tried to connect what love means to couples or families,” he said.

“It is true what they say that love is never easy but its value is indescribable.

“I knew my wife was a singer before so I knew she was what I needed for our first collaboration for a song together was called “Ioe pe leai.

“The lyrics of that song were from past experiences, it’s true that there will always be ups and downs in life and we went through that as a couple.”

The local singer and songwriter added that they are working on a music video for and hopefully release it soon.

“We are excited to be at a level that even though we are new but people listen and love our songs,” he said.

“Behind every song there is a story behind it whether it is about relationships or what others go through.”

The couple has been married for five years and they have three children.

Mrs. Jensen stated that they have encountered obstacles but the main reason for their dedication to the pursuit of music is their children.

“We are not just doing this for our sake but it is especially for our children and families,” she said.

“And we will continue to ask God for his guidance and help in our music journey.

“A challenge for us was that everyone discouraged us from pursuing music, people kept saying that it is just a waste of time.”

She added that some of their friends mocked their initial forays into music but that only motivated them further.

“I used to sing when I was young and then stopped singing when I had children but then I thank my husband for having the idea and I am happy to join him and support our career in music together,” she said.

“I feel honoured and we want to return the glory to our heavenly Father for blessing us with this talent in music.

“So far so good, a lot of people are reaching out to us and wanting us to sing at some of their functions.”

Mr. Jensen said the couple do not have a target audience but their music is primarily about relationships, while they have also released a church song.

“At the moment I am working on a song with a friend overseas that is related to the coronavirus and measles,” he said.

“We just want our fans and followers to support us by subscribing through our Youtube channel.”