Samoa
Vern Lusiano, whose disability was caused by a paralysis, works for the ANZ Bank. (Photo: Francis Faalili)
By Hyunsook Siutaia •   21 April 2020, 11:00PM

The conduct of a policeman has come under scrutiny after he publicly questioned how a man living with a disability was issued with a driver’s license.

And then allegedly told the driver, whose disability was caused by a paralysis, that he should not be driving nor be issued with a driver’s license.

ANZ Bank employee Vern Lusiano – who is from Leauva'a and is a member of the Samoa Spinal Network Association – told Samoa Observer that the exchange with the policeman occurred last Friday and in full view of his nine-year-old son.

He said he was on his way to Apia with his son when he got pulled over at a police checkpoint, where a policeman berated him over his condition and his ability to drive, while aware that he was physically immobilised by his disability.

"He (policeman) walked over and said 'get out of the car' and I kindly told him that I can't walk and he replied, ‘are you paralyzed?’ I sat there in the car and quietly looked down to the fixed system that was installed (in the car), specifically for people of my condition to enable us to drive,” Mr Lusiano said.

"He then asked if I had a driver's license and I gave it to him. He didn't even bother to say, 'hello how are you, you know, the usual Samoan greeting. We are Samoans, at least show a bit of respect.

"When he pulled us over, there was also a policewoman. She walked over and said, 'malo Vern' and then walked off again. When the policeman looked at my driver's license, he yelled out to the policewoman, 'I don't know how the Land Transport Authority could have issued a driver's license to a disabled man like him.’”

The policeman’s comment compelled Mr Lusiano to respond: "I asked him, 'why would you say something like that?' and he (policeman) responded, 'well because you're using those crutches to drive so you shouldn't have been issued a driver's licence at all.’”

Due to his disability, Mr Lusiano said the process he underwent in order to be issued with a driver’s license was difficult, and the Land Transport Authority C.E.O. had to sign off on the paperwork.

"I responded ‘with all due respect but it wasn't easy getting my driver's license. But I have all the evidence of how I was able to get it. It was difficult to get it and it got to the point where the approval of the CEO of the Land Transport Authority was sought and it was approved.”

Mr Lusiano said he felt humiliated and embarrassed with how the policeman treated him, especially in full view of his son, who was privy to the exchange between his father and the policeman. 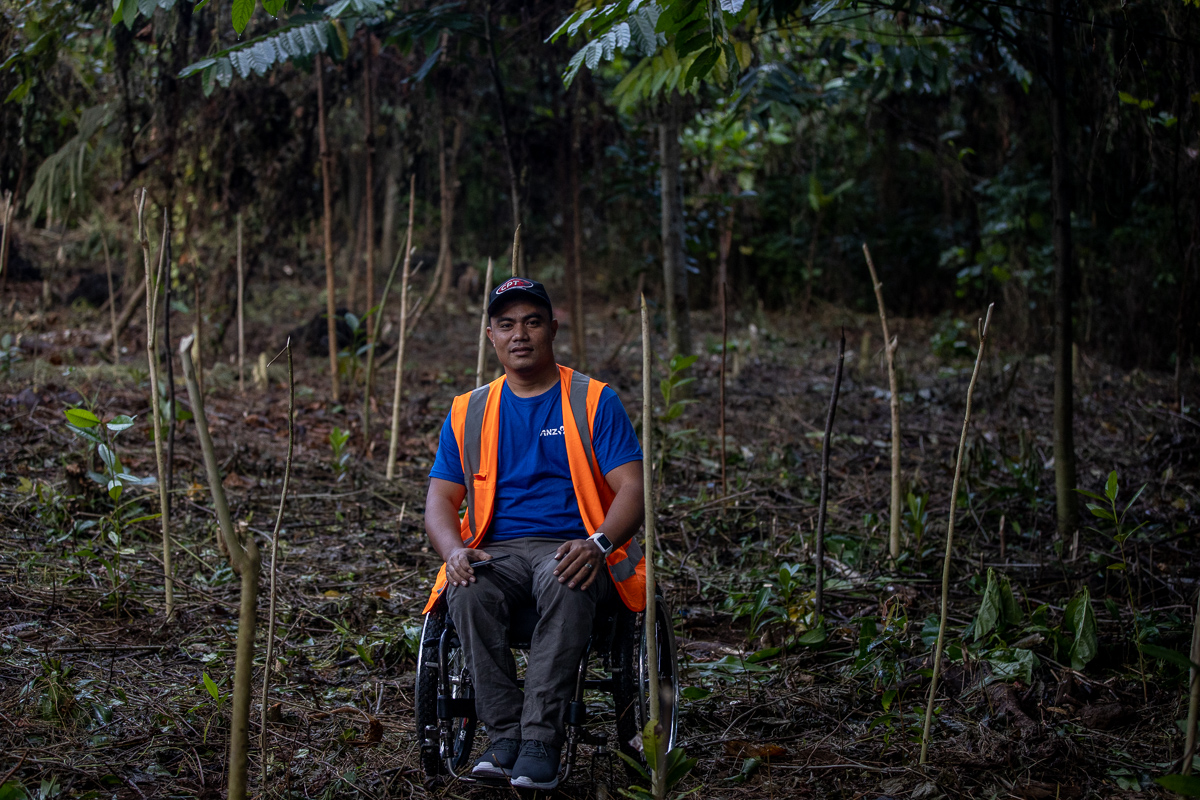 "What had happened was a violation of human rights. There's always two sides of a story so whether you have disabilities, it does not mean that you're above the law," she said.

"We advocate for equal opportunity but it doesn't mean that those with disabilities can be discriminated. So if Vern was not following the traffic rule then the police officer was just doing his job. However, Vern has the right to pursue the matter further if he wants legal action to be taken."

Mr Lusiano has refused to identify the policeman and further revealed that the officer visited him at work on Monday, in a bid to explain his actions at the checkpoint last Friday, though falling short of  apologising for his actions.

"He came to me here at the office on Monday. He tried to explain what had happened on Friday with how he approached me. He didn't apologize, all he said was, 'I didn't think you would mind my tone'. It sounds to me that he didn't want to calm down."

The policeman was told to leave the matter as a lawyer has been engaged and a formal complaint will be laid with Police Headquarters. However, two police officers visited Mr Lusiano again on Tuesday, seeking a statement on last Friday’s exchange and to advise that the Police Commissioner had wanted to see him on Monday to discuss the matter.

"I was in contact with the Police on Friday and I was told that the Police Commissioner wanted to meet me on Monday," Mr Lusiano added.

"I waited for their call on Monday, but no one called, no one even came to advise me, yet these two police officers came to me on Tuesday morning for a statement."

Police Commissioner, Fuiavaili'ili Egon Keil, told Samoa Observer that he has already spoken to the officer concerned and he has been disciplined for his actions.

“We also had conversations with the individual (Mr Lusiano), that is not what we tell our officers to do. We will make an example out of this and that is part of our regular training to make sure that officers are aware and respectful of people with disabilities,” he said.

“It is also part of our recruit class. We want to make sure that this is unacceptable behavior and unprofessional and we do not promote that type of behaviour. We are supposed to protect and serve the public not to suppress or ridicule anyone especially those with disabilities. We are taking a strong stand against that kind of attitude.”

Police's involvement in a probe relating to a scheme to evade import duties on inc...