Samoa
Police have sealed off the area while an investigation is underway (Photo: Aufai Areta Areta)

The Office of the Regulator is operating from the broadcaster 2AP’s office space in Mulinu’u after its headquarters just metres down the road were destroyed by fire on Thursday.

The Minister of Communications, Information and Technology, Afamasaga Rico Tupai, said the Regulator’s staff are sharing the 2AP building in Mulinu’u with the national radio station.

In an interview with the Samoa Observer, Afamsaga said the fire is suspected to have been caused by an electrical problem.

“No one is certain as to what started the fire,” he said.

“But from discussion with F.E.S.A. [Fire and Emergency Service Authority] they suspect it could have been an electrical problem considering the rapid spread of the fire destroying the whole building and some vehicles.

The Minister said the insurance company is conducting a separate investigation into the blaze.

He confirmed the building and assets of the Regulator’s Office are insured. 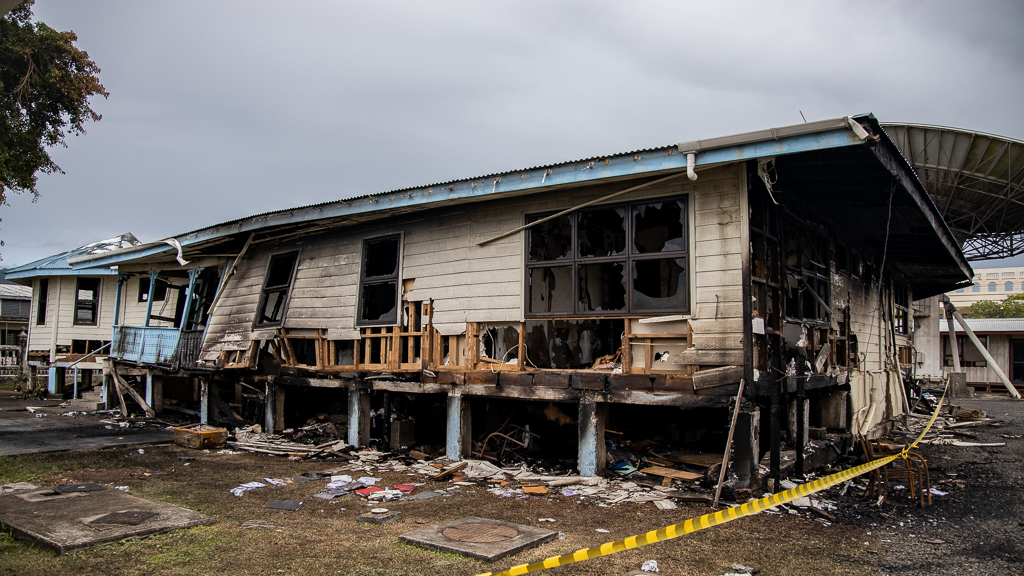 He added that the office is looking into Government policies if there is any assistance for staff who have vehicles destroyed in such a situation.

Meanwhile, Afamasaga said some of the staff members who were working on Thursday had been traumatised by the incident.

“For some of these staff their office is their second home,” he said.

“They spend most of the time there at work so there are emotional ties and for others who have lost their personal belongings destroyed.

“We are giving them support and the management is talking with the staff regularly to ensure they are getting the support they need at this time.”

The Minister was with the staff on the day of the fire to encourage and offer comfort to the shaken workers.

A staff member told the Samoa Observer about 16 workers that were rostered to work on Thursday when the office caught fire.

“No one knew about the fire and how it started,” said the staff member.

“Everyone was just doing their own work but it wasn’t until there was this loud bang from one of the machines [when we] felt the heat from underneath the floor.”

According to the staff member it was only when his work colleagues realised there was also smoke building up inside the office that they ran outside.

“Luckily one of our workers who was in the restroom managed to get out,” he said.

Staff returned to the charred remains of their building on Thursday. 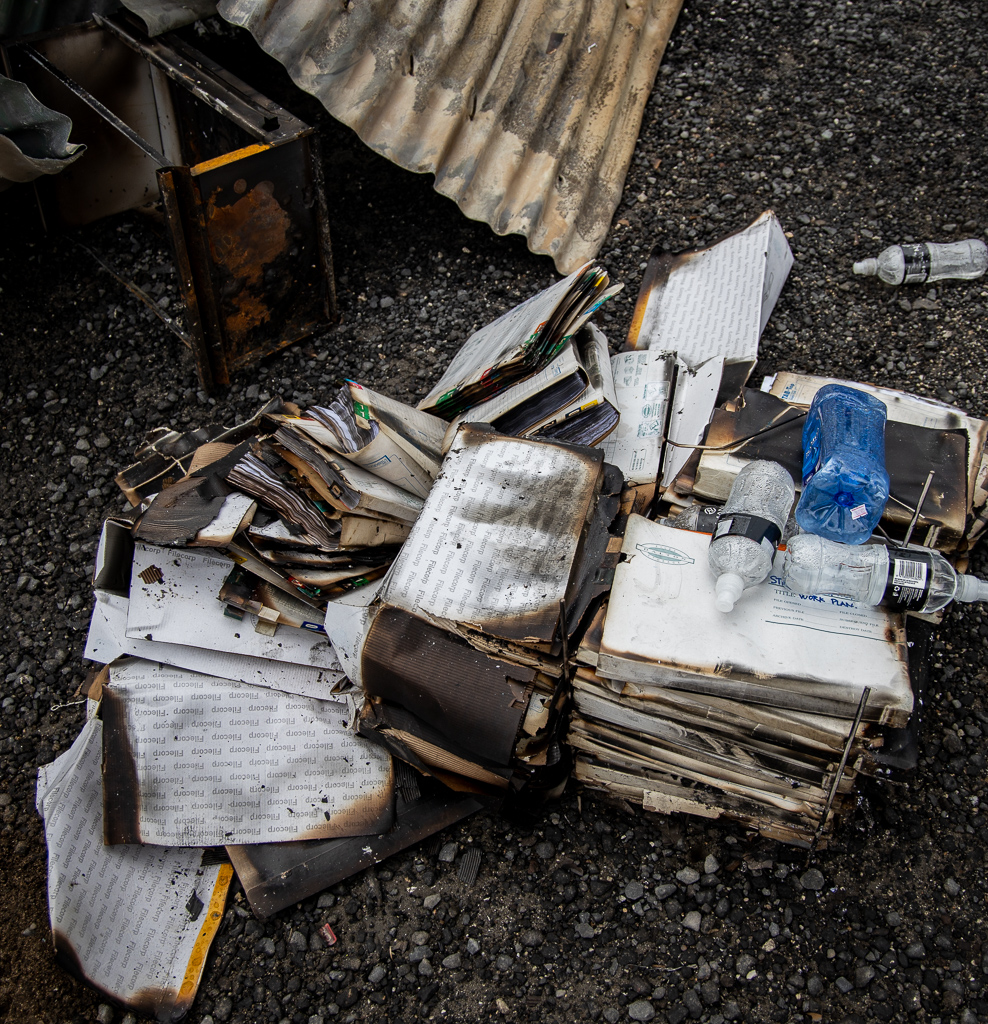 Police have also sealed off the area while an investigation into the cause of the fire is underway.

Next door to the Office of the Regulator is the Samoa Broadcasting Corporation Limited (S.B.C.L.) TV station which managed to escape the inferno.

The TV1 station had managed to get power back on Thursday evening, several hours after the Fire and Emergency Service Authority extinguished the blaze.