The village of Ti'avea has collectively decided to agree to Government requests to relocate their homes and graves to make way for the Government’s $14 million airport project.

One of the high chiefs from Ti'avea, Tolu Iona Maiava, said the village had discussed the matter thoroughly before deciding to support the Government project. The decision comes despite new surveys finding extra land will need to be subsumed by the Government for the project.

"This village has come together in terms of this project as we have discussed this in the village council and made a unanimous decision, as that is how things are done in Ti'avea," said Tolu.

"When we have meeting discussions, once we have collectively decided on something there cannot be an opposing word.

"These include lands which are to be covered by the project works, the call has been made that whosoever owns the land you cannot oppose [further developments], as the decision has been made.”

Tolu revealed that the Samoa Airport Authority (S.A.A.) had asked the village for help after requesting the family of Taua Fa’apusa  to remove a house and a grave inside the boundary of an airport project.

Earlier this month the Government revealed plans for Ti’avea to become Samoa’s alternative international airport after a study found that Faleolo International Airport could be left unusable due to waves caused by cyclone activity. 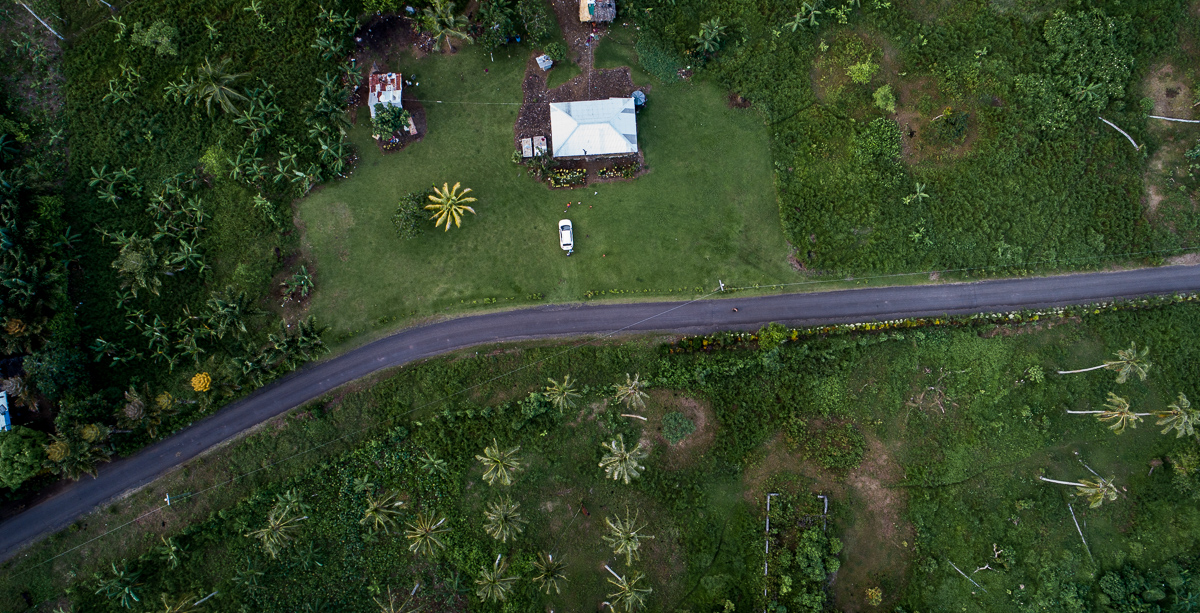 The family received $30,000 in compensation for the house and the removal of the grave according to a letter from the S.A.A.’s Chief Executive Officer, Silimana’i Ueta Solomona. The letter was addressed to the Village Mayor of Ti’avea, Sola Seiuli and Ti’avea Airport Project Committee High Chief, Tuiavi’i Taua Lome.

"They've relocated their house as they also have a matai in the village and they have been instructed to relocate, now they are further downland and outside of the vicinity of the works," Tolu said.

"And the same goes for all other families who were told to relocate, they have moved into their other lands away from the project as the village council instructed."

Tolu said should a family oppose the decisions of the village, they can expect a fine.

He also told the Samoa Observer that surveys of the project area are ongoing but the most recent data suggests that 20 metres of his land will be claimed for the project.

For Tolu, this means his front guesthouse and two graves will have to be removed.

He hopes that the Government compensates them for these developments.

"Government officials have met with us also on the matter saying 20 metres from the road will be levelled as well for the project and they said it's going to affect every single family in the 20-metre radius from the road until it gets to the Primary School" he said.

Last year a memorandum of agreement was signed between the Government and the Ti’avea Village Council for compensation in exchange for the 26 acres of land belonging to Ti’avea families at a cost to Government of $4 million.

In addition to the memorandum of agreement, the parties also signed a deed of settlement between the Government and the families who forfeited their land for the airport’s construction.

There are 11 portions of land involved in the agreement, the Government said in a media release.

Last month, the Government had to alter the original design of the Ti'avea Airport due to remonstrations from villagers.

As a result, a $3 million variation was approved by the Tenders Board to accommodate the alteration.

A request for a comment from the Minister of Works, Transport and Infrastructure, Niko Lee Hang, was not returned by press time.