Under the new state of emergency amendments the Sunday SWAG market is cancelled. (Photo: Samoa Women's Association of Growers)

The Samoa Women’s Association of Growers (S.W.A.G.) has expressed shock and dismay at the Government’s decision to shut its only market day down amongst new amendments to the state of emergency orders this week.

Under the new orders revealed on Tuesday, no Sunday markets are permitted to run, and supermarkets will only be permitted to open from 3pm until 6pm.

S.W.A.G. President and vanilla grower Shelley Burich said her organisation, which among others helped establish a Sunday market presence alongside the fish market, was not consulted on the decision nor given any warning.

“Like a lot of other N.G.O.s (non-government organisation), they are always forgotten when it comes to any type of consultations with government.

“We are normally the last ones to be told of decisions or even asked to come to the table to provide input and it's only through NGOs really pushing to make sure that they are heard, that you will see progress being made.”

She said she was not shocked to not have been consulted, but it has been frustrating.

The Sunday S.W.A.G. market is set up on the carpark outside the fish market, and vendors do not pay any rent on the space. From a small collective of women growers and farmers, the group has grown to include others, often representing small family collectives of their own.

Because they don’t pay rent, they will be unlikely to feel able to move to a weekday market venue like Fugalei, Taufusi or Vaitele, Ms. Burich said.

A member of the executive, Papalii Mele Maualaivao said the market has already been on hold for the last three weeks because when there were suspected COVID-19 cases awaiting test results, the membership decided not to risk gathering together at all.

But with no confirmed cases of the virus, and other sectors getting more movement and not less, Papalii said she would have expected to see physical distancing requirements for the market, rather than a blanket closure.

She said the fact that market vendors were not consulted on the changes, nor apparently on the stimulus package which many feel left out of, reveals a significant gap in the country.

“There is no representation for vendors, it’s all information and therefore there is a huge gap as to how these people are taken care of and informed properly,” Papalii said.

“You know, if you don't pay a membership how do you get your voice heard? If you're a vendor and you're not paying rent, if somebody isn't recognizing you, how are you being heard and recognized?

“This is an issue women have had for before aeons but it becomes more tangible wen we know that actually besides my father and Tapu [Tuailemafua] all of our other vendors are women – 80 per cent of our market vendors.”

Women account for 80 per cent of all Samoa’s market vendors, Papalii continued.

The Chamber of Commerce may be the organisations best mechanism to reach top levels of Government, including the Prime Minister who is a regular Sunday market goer himself, to plead their case, Ms. Burich and Papalii agreed. 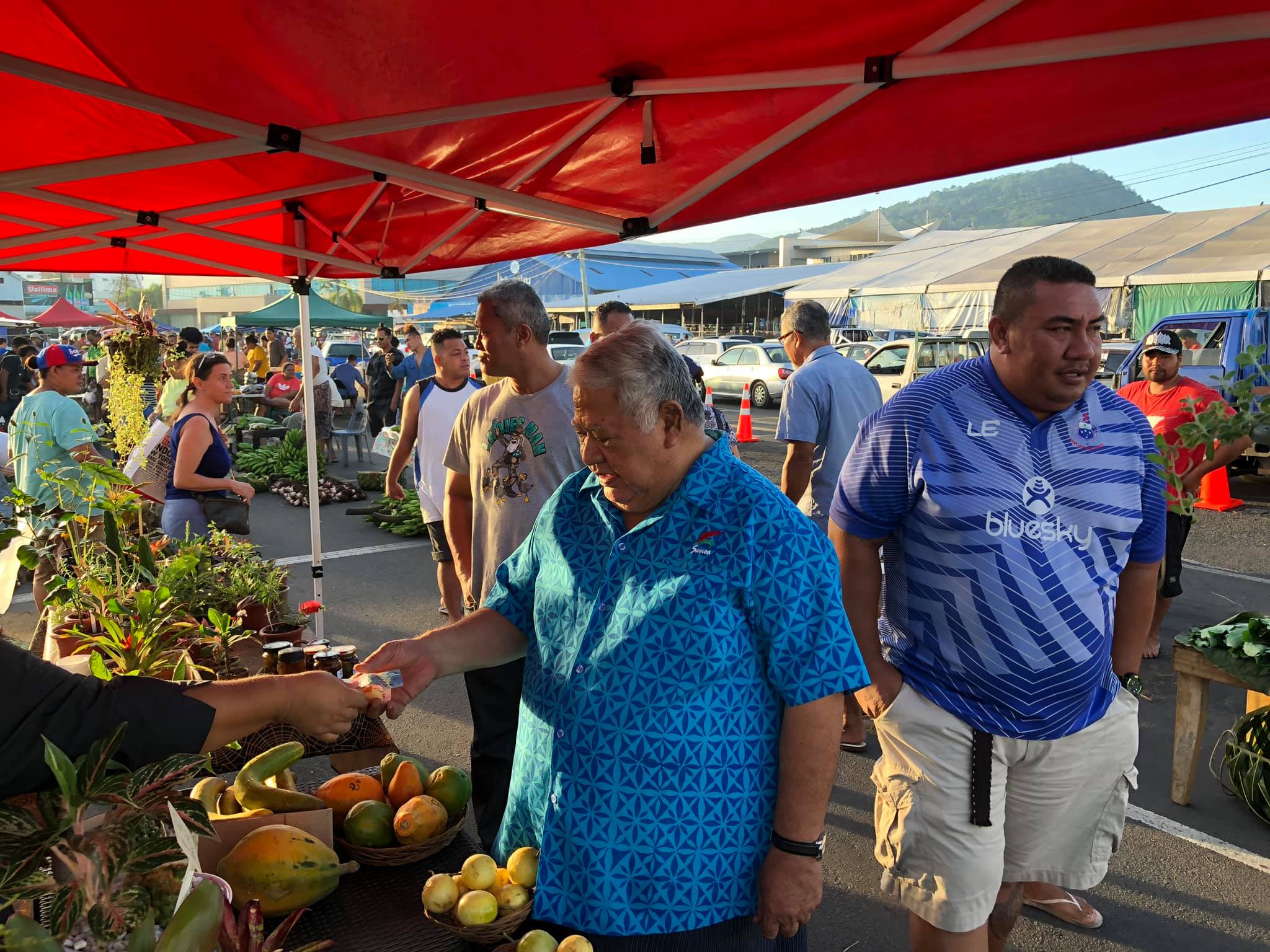 The two are both members of the Chamber as independent business owners, but in lieu of a more formal association to represent the voices and concerns of market vendors broadly, they may have to get creative.

Papalii said despite the lack of formal representation there is a precedent for female vendors organising, taking action and effecting change.

In 2015 when the Fugalei Market was being renovated, the Government asked all vendors to move to Vaitele while the construction took place.

Unimpressed with the offer, dozens of women gathered outside Parliament on a sitting day to protest and eventually caused the Speaker of the House to approach and apologise to them.

“They then created a new market space on the side where all those market vendors could go until the Fugalei Market was completed. So we already have a precedent of when market vendors are activated to advocate on their own and use very clear and smart methods to do it but it only seems to be reactionary.”

S.W.A.G. member Eufirate Amituanai said without the Sunday market she has no income generation at all.

“I depend on [the] Sunday Market to sell my ornamental plants,” she said in a survey the S.W.A.G. executive sent out.

“I was employed before but now unemployed. I couldn’t use my Nation Provident Fund to loan because I’m unemployed… it is very stressful and frustrating.”

She said she felt the Government economic stimulus package did not help her at all.

Another member, who declined to give their name alongside their survey comments said Sunday Market day could earn them up to $500.

“As we only do one day a week for open market vending, this has taken a big toll on us.”

Without the market this vendor has been trying to move online and work out a way to deliver their goods, but it’s proving a challenge both technically and financially.

“We wish there was more support for vendors in general. [The Government] preventing us from selling but not providing alternatives places the burden on our shoulders.

“The stimulus package reduces expenses but does not help with cash flow which is needed to support all those who work for us.”

The move to online vending will be challenging for a lot of S.W.A.G. members, Ms. Burich said, and it is not going to be a good solution for all of them.