President Donald Trump has come under fire for suspending at least three months of funding to the World Health Organisation (W.H.O.) after accusing it of failing to control the spread of COVID-19 this week.

The United States of America (U.S.A.) is the largest contributor to the W.H.O., with a budget of more than $400 million a year or nearly 10 per cent of the agency’s funds.

Immediately, leaders around the world including New Zealand’s former Prime Minister Helen Clark are calling for the President to reverse his decision. On Twitter Ms. Clarke said: “[W.H.O.] needs support, not brickbats.” 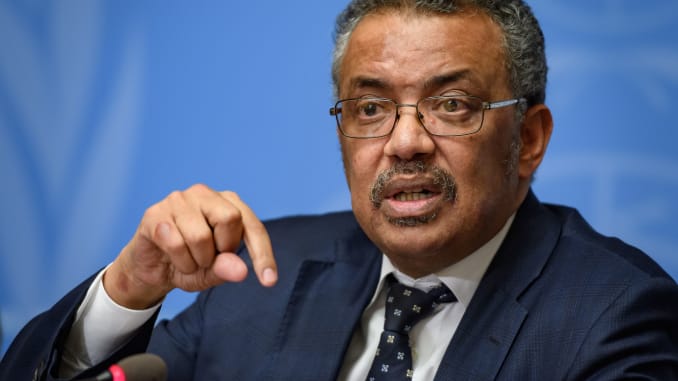 In a press conference on Wednesday, W.H.O. Director General Dr. Tedros Adhanom Ghebreyesus said the funding withdrawal will affect the agency’s work with countless other projects, not only the work to contain COVID-19.

“We are also working to address polio, measles, malaria, Ebola, H.I.V., tuberculosis, malnutrition, cancer, diabetes, mental health and many other diseases and conditions.”

He said the agency would continue to work with partners to fill the massive funding gap and will review what effect Mr. Trump’s decision will have.

Samoa is relying on W.H.O. and other partners to fund the procurement and delivery of tests for COVID-19, as well as several other public health and disease prevention programmes. 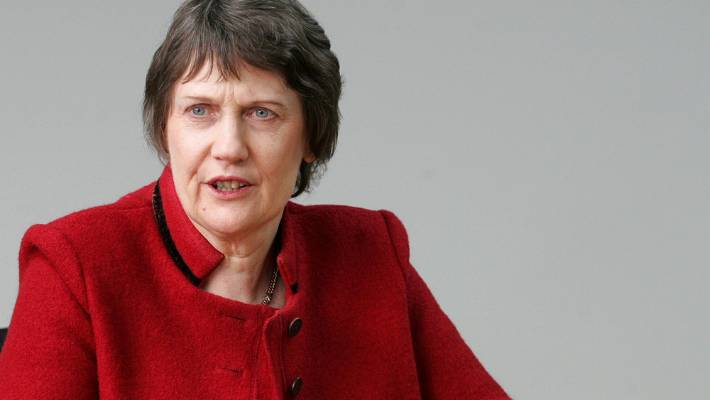 “I can't think of anything more foolish in the middle of a global pandemic which has gone beyond being a health crisis to being a full-blown economic and social crisis,” Ms. Clark told R.N.Z.’s Checkpoint programme.

“To defund and make accusations against W.H.O. is to shoot the messenger, that's been trying to tell the world for several months, that this is serious, and countries need to prepare.”

The New York Times reports that on Tuesday Mr. Trump accused W.H.O. of being too close to China when it should have been more critical of the state, and of not acting fast enough to stem the spread of the disease.

Mr. Trump has himself come under fire for how he has handled the American outbreak which to date has resulted in 601,472 confirmed cases and 24,429 deaths to date, according to the John Hopkins University of Medicine. So far 43,482 people have recovered.

On Twitter, philanthropist and Microsoft founder Bill Gates, who has given US$  to the W.H.O. for the COVID-19 response called the decision to pull funding “dangerous.”

“Halting funding for the World Health Organization during a world health crisis is as dangerous as it sounds. Their work is slowing the spread of COVID-19 and if that work is stopped no other organization can replace them. The world needs @WHO now more than ever,” he wrote.

Other world leaders have also shown their despair at Mr. Trump’s choice.

Secretary General of the United Nations Antonia Guterres said an international pandemic is the wrong time to cut funding, and the German Foreign Minister Heiko Maas said that no one should looking to blame anyone.

“The virus knows no borders,” he wrote on Twitter.

Chairman of the African Union Moussa Faki Mahamat said: “Our collective responsibility to ensure W.H.O. can fully carry out its mandate has never been more urgent.”

In her interview with Radio New Zealand, Ms. Clark said there does need to be more work at the senior levels of the United Nations to handle this crisis, and that a standing body for crisis management should be established.

“This is the sixth public health emergency of international concern since 2003. On average, these horrible events are going to come around every three years,” she said.

"So a standing capacity, which would be the Secretary-General, the heads of the International Monetary Fund and the World Bank and the Director-General of the W.H.O… Their networks are huge - the I.M.F. and World Bank - they have the ears of every finance minister in the world.

“And what's going to release money now for a response that will fight the health aspects of the virus, and the economic crisis and social crisis, is the finance ministers.”

Public health expert and former director of the Pacific Community Dr. Colin Tukuitonga has started a petition for Ms. Clarke, who used to be the head of the U.N. Development Programme, to lead any such committee.

So far 13 people have signed the petition ‘Select Helen Clarke to lead a global process to stop COVID-19.’

“Helen Clarke will bring her vast experience at global diplomacy to help WHO help its members,” the petition page states.

“Strong global leadership is essential […] COVID-19 must be stopped before it destroys the gains in human health and economic well-being for all nations.”

Ms. Clarke also wrote about what the lacking international response to the pandemic in a piece published on Stuff.co.nz.