Samoa
Buying fish at the fish market has become a routine for most people of Samoa on Sunday mornings. (Photo: Vaitogi A. Matafeo)

A Sunday tradition for many Samoans and visitors to this country is about to end, no thanks to the Government's decision to close the Savalalo Fish market - and all other markets - on Sunday.

For years, locals make the early morning trip to the market for seafood and other produces needed for their Sunday toanai.

But new orders as part of the S.O.E. means that starting this Sunday, that history will be no more.

"The fish markets at Savalalo, Vaigaga, Fasito'o-Uta, Afega and any other roadside fish selling and any such market where the public has access to are to be closed on Sunday," the order says.

On Thursday, the news was slowly filtering to the fishermen and women at the Savalalo fish market. 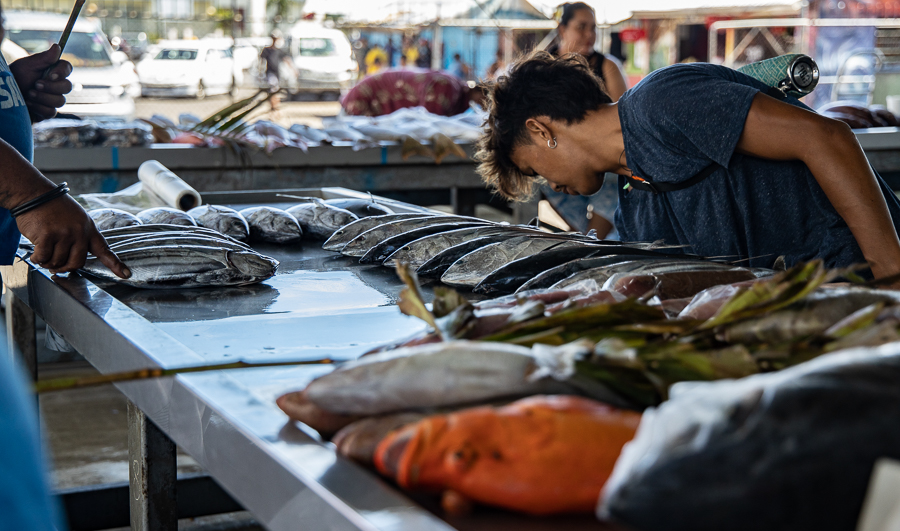 Lavina Aoina, of Toamua, usually sells fish at the market and shared that Sunday is in fact their busiest day.

"There are good and bad sides to this," she said. "Everyone agrees with what the Prime Minister is currently doing, as you can see all the businesses such as supermarkets and fishermen are following these orders. So people should buy the fish for the To'ona'i on Saturday."

Mrs. Aoina believes that the fish market at Savalalo will be full on Saturday similar to Sunday as people are now aware of the new state of emergency orders.

"From my perspective, this Saturday is going to be really busy because people now know they can't buy fish on Sundays.

"On a normal Sunday we would get around $3,000 and that is quite a lot so knowing that this Saturday will be packed then fishermen can sell more fish."

She lamented the act people in her area of work don't get many days to rest as they work everyday of the week and shared that she is happy that she will finally get a day off on Sundays.

"Our fishermen usually go fishing (for Sunday) at around 1am Sunday morning. Now that the market will be closed on Sunday, I am happy that we will have some time to rest and will be at home on early Sunday morning to worship God because on Sundays we are usually here until 10am. For us here at the fish market, we rarely have any day off," she said. 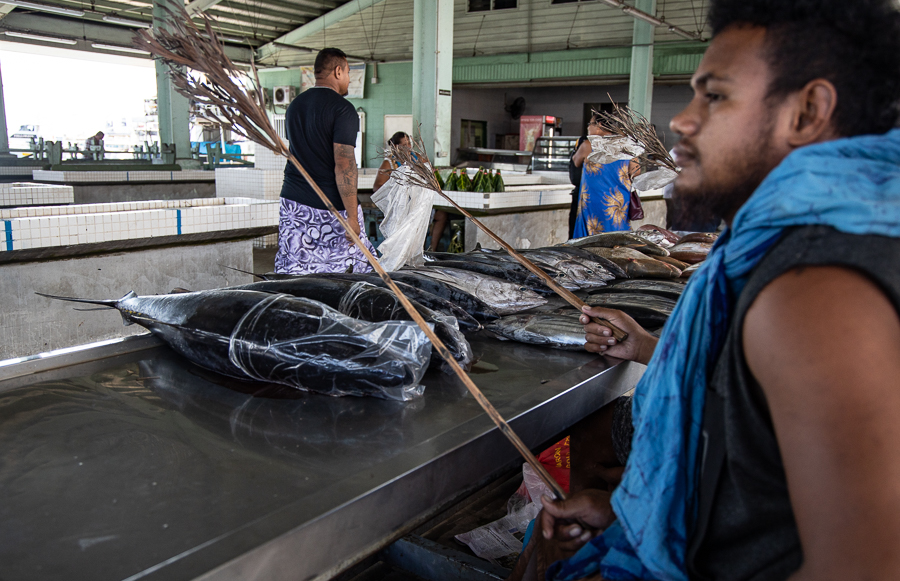 She explained that it is okay to purchase fish on Saturday as it will still be fresh on Sunday morning if left in the freezer.

"I know people like to buy fresh fish but it is still alright to buy it on Saturday and leave it in the freezer. No difference at all. It won't stay in the freezer for a long time and by Sunday morning it will still be fresh," she said.

"Our usual preparation routine for Sunday will now be our Saturday routine."

Setefano Ioane from Moamoa, a fisherman that sells fish at the market told the Samoa Observer that he is saddened that the fish market won't be open on Sundays.

"It is sad because Sunday is the day us fisherman here at the market look forward to as this is the day that we earn a lot. We would earn nearly $3000 on a Sunday. It is the busiest day for us," Mr. Ioane said.

Market closures on Sunday saddens him but further explained that he agree with the Government's decision as it is for the public's safety. He further shared that it is a new thing for them to not go fishing on Saturday night as this is their usual routine for Sunday morning's catch.

"It saddens us but I agree with the Government because they are doing it for our protection. It will be new for us to not go fishing on late Saturday night for Sunday morning. Our usual Saturday income would be around $1000 which is why we look forward to Sunday because people buy the fish while it is still fresh for the Sunday To'ona'i," he said.

Selling fish on the side of the road has also been banned on Sundays and this also saddens Mr. Ioane. He further lamented on the slow business the fish market has been facing and worries that his fish might be wasted if they aren't sold or used after a few days.

"We would usually sell our fish on the roadside but we can't do that now on Sunday because of the new orders from the Government. Business has been slow for the weekdays so the fish would be wasted if it is not used after a day or two days," he said.

He further stated that he is putting his hopes up for Saturday as Sunday is now out of their weekly fishing routine.

"We are putting all our hopes now on Saturday," he added.