Public buses back in business

Samoa
A few buses were present at the bus station on Wednesday. (Photo: Francis Faalili)

It has been a while since the hustle and bustle of travellers on the move returned to Apia’s bus station. Until the early hours of Wednesday when the station became a hive of activity as public buses returned to the road.

The Government announced on Tuesday evening that it is relaxing state of emergency (S.O.E.) measures, which included the uplifting of a temporary ban on public buses but with certain conditions.

The conditions included the allowance of only 20 passengers at any one time and for social distancing rules to be strictly applied.

Samoa Observer visited the bus station to find only a few buses present with less than 10 passengers on board. 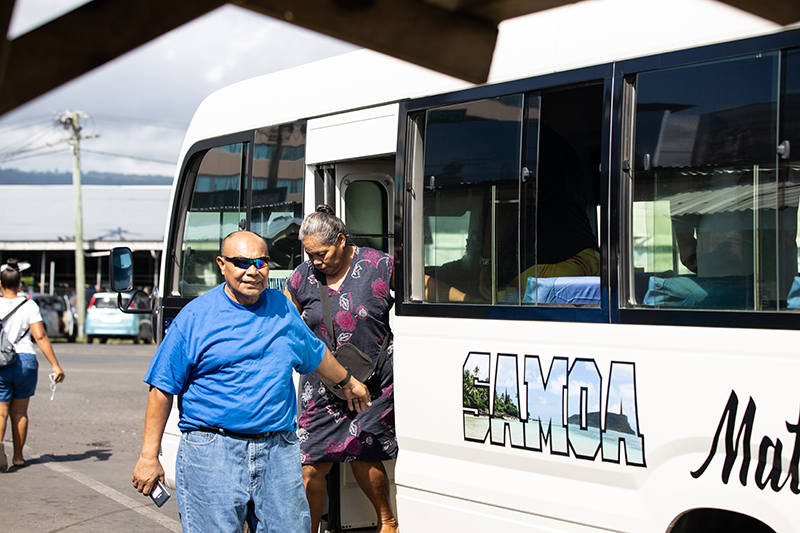 Fa’avae To’omalatai, who drives a bus for “Tautai o Atua” that travels to Lalomanu, told Samoa Observer that there haven't been a lot of passengers and that it’s been a slow day.

“When I came here on my first trip there were only eight people and Lalomanu is a bit far so a lot of diesel is being used,” he said.

“For my route on a normal day, there will be two trips and three buses from our transport will be operating. Since we received the announcement last night, our boss decided that only one bus will be operating.”

According to Mr To’omalatai, their bus did only one trip which left Lalomanu before 6am and left town after noon.

“The fare to the destination is around $7 and from seeing the amount of passengers, we wouldn’t receive much but at least we are receiving something,” he added. “I would usually put $150 worth of diesel into the bus but I only put in $80 knowing that there will be only one trip today (Wednesday). I think the reason there are not many people is because the announcement came late yesterday so people aren’t really aware of it so I guess tomorrow will be alright.” 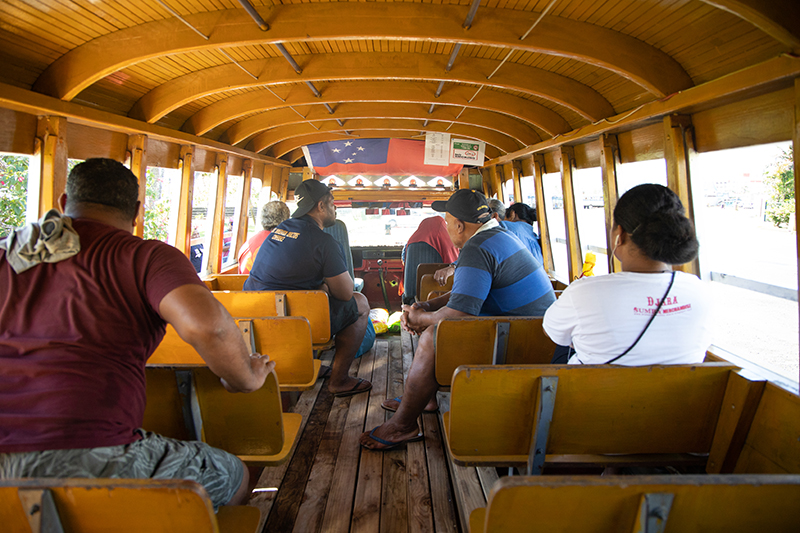 “It’s been a slow day. There have only been a few passengers and when I came from Vaitele-Fou there were less than five people on the bus,” he said.

“For social distancing, people know what to do so we wouldn’t go through the trouble of spreading out the passenger's seating arrangements.”

Despite the concerns expressed by the two bus drivers, Daze Tafeaga of Faleasiu is just glad that the public transport service is back and it is now business as usual.

“I came to town early this morning on a bus but there weren't that many people. I counted about eight passengers,” he said.

“In terms of social distancing, that is not the bus driver’s job. People know what to do. This morning people on the bus maintained their distance without the bus driver reminding them to. Since there were less than 10 people in the bus, people sat about one meter away from one another.” 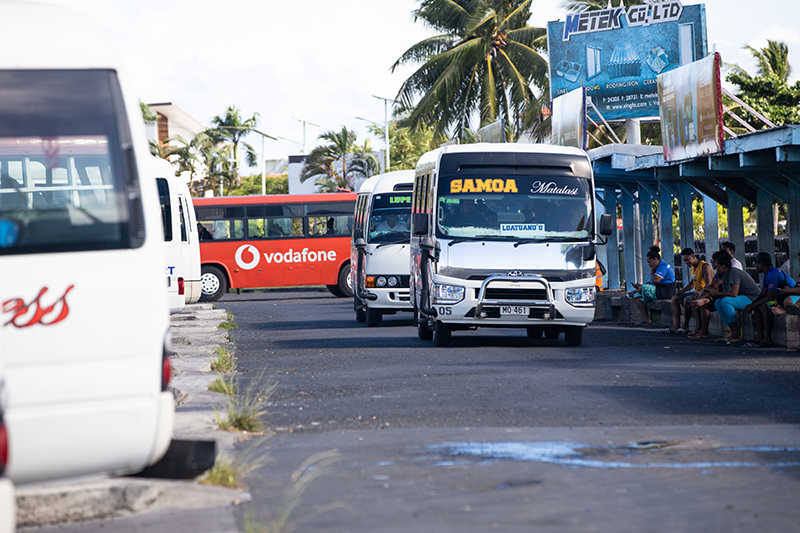 As for bus operator Muagututi’a Iko Talamaivao, who owns the Taeaomanino Bus service, he is of the opinion that public buses should have been allowed to resume services at full capacity after all suspected COVID-19 cases’ results came back negative.

“It would have been better if buses weren’t allowed back to operate if it would only be half capacity. There is no meaning to open it back up. We should have just waited until we are allowed to operate at full capacity,” he said.

According to Mr. Talamaivao, none of his buses were operating on Wednesday, but they will be back on the road in the near future. He owns four buses with two servicing the Vaitele-Fou route and the other two providing a service to the Mulifanua wharf.

Nevertheless due to the impact of the S.O.E., he is grateful that he will be able to receive income for the family and loan payments under support announced by the Government as part of its stimulus package.

“But since the buses are now allowed to operate, I am thankful that we can receive income and will have a way to pay our loans,” he said.

“On a normal day we would receive more than $250 ($150 diesel money already removed) from our Vaitele-Fou bus. We used to earn more than $700 from one bus but times have changed and there’s more competition now.”

Mr. Talamaivao said he visited the bus station on Wednesday to monitor the amount of people taking the bus and do an analysis on the timing of them resuming business.

“If you go to Apia and take probably one passenger and come back with two so all you are doing is just burning the diesel. I thought about this after I went to the bus station and observed it for a while. I took a look at how many people are there," he said.

“One other reason the buses have less passengers is because we received the announcement late. I didn’t know until someone told me about it so we shall wait and see if there will be any difference tomorrow (Thursday). If there’s nothing then there is no use in putting the buses back into operation.”