Plant from China has great potential for Samoa

Samoa
The top leaves of the mulberry trees can be harvested every two months for 50 years (Photo: Francis Faalili)

The white mulberry tree being propagated at the Chinese demonstration farm in Nu’u may be a vital organ in Samoa’s growing livestock sector, with its high in protein leaves proving excellent for pig and chicken feed.

Today, it covers much of the demonstration farm with its bright green leaves, and tens of thousands of seedlings are ready for farmers to collect and start their own plots.

Mr. Liu had intended to run a mass distribution and education campaign on the mulberry plant but the state of emergency conditions has put that plan on hold.

The mulberry tree is used in China primarily to grow silkworms, which make famous Chinese silk. 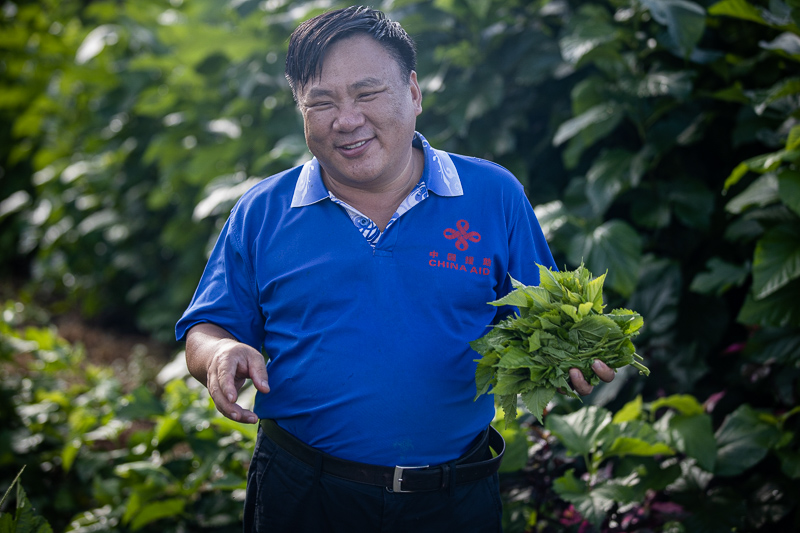 But their leaves are incredibly rich in protein, containing 20 per cent protein, and contain 16 amino acids, Mr. Liu said. The top leaves can be harvested every two months for 50 years, and can be cooked and eaten just like laupele, spinach or sweet potato leaves.

Local spinach variety laupele, known for its rich nutrient content contains between two and 3.5 per cent protein, and is especially high in vitamin A (700mg per 100mgs of cooked leaves), iron (1.5 mgs) and calcium (210mgs), according to the Food and Agriculture Organisation (FAO).

Mr. Liu said he and his team at the demonstration farm have been feeding it to their pigs and chickens and seeing great results, as well as cooking it at home. The stems of the tree are easily replanted for more fields.

“We think this has great potential for food and for feed,” he said.

“It is very easy to grow here, and it likes the wet season – maybe even more than the dry,” Mr. Liu said.

“It is very good for food security.”

Mr. Liu said Samoa does not have enough feed crops to sustain a thriving livestock sector, which is why the demonstration farm project thought to introduce the mulberry.

“We grow corn, cassava, mulberry, and soybeans all for feed on the demonstration farm.” 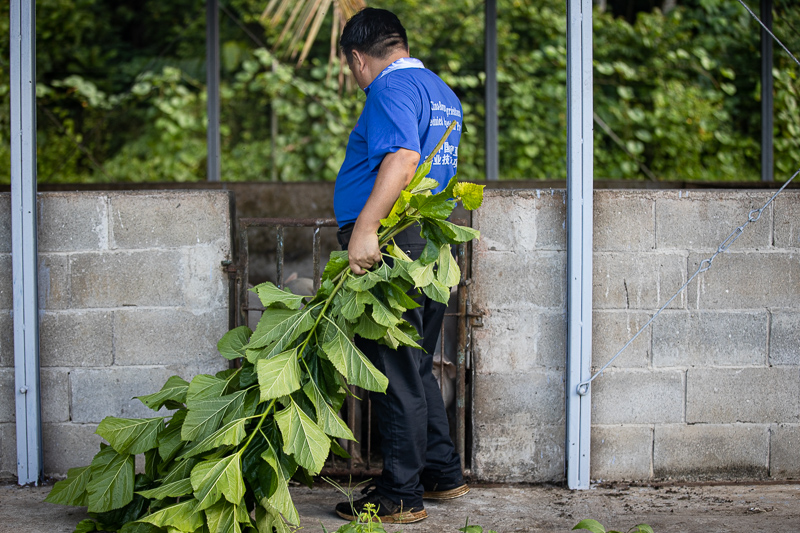 Research into the nutritional makeup of mulberry leaves for feed was published in the Italian Journal of Animal Science in 2016.

It also found it is good source of essential amino acids especially lysine (1.80 per cent) and leucine 2(0.58 per cent). The two have to be obtained from food, because the body cannot produce them naturally.

Other good sources of lysine and leucine are eggs, red meat, soy beans and peas, cheese, and sardines, as well as most legumes and grains.

Back in China dried mulberry leaves are used in traditional medicine to treat fever, reduce blood sugars, as an antiseptic and to reduce blood pressure, among other uses, Mr. Liu said.