Members of the public continue to disregard social distancing rules, despite appeals by health authorities for people not to congregate at a public location.

The Western Union outlets at Matautu and Motootua, opposite the Tupua Tamasese Meaole National Hospital, each had over 10 people in a queue and standing shoulder-to-shoulder, defying restrictions that emphasised the need to maintain a distance of between 1.5 to 2 metres from the next person.

Some members of the public, who were interviewed by Samoa Observer, said they are aware of the social distancing rules but there was nothing they could do to ensure compliance as it was important that they stand in the queue.

For 61-year-old Tiresa Alefaio, it was a two-hour wait standing in the queue and she decided to use the Motootua Western Union outlet, as it is closer to her home. 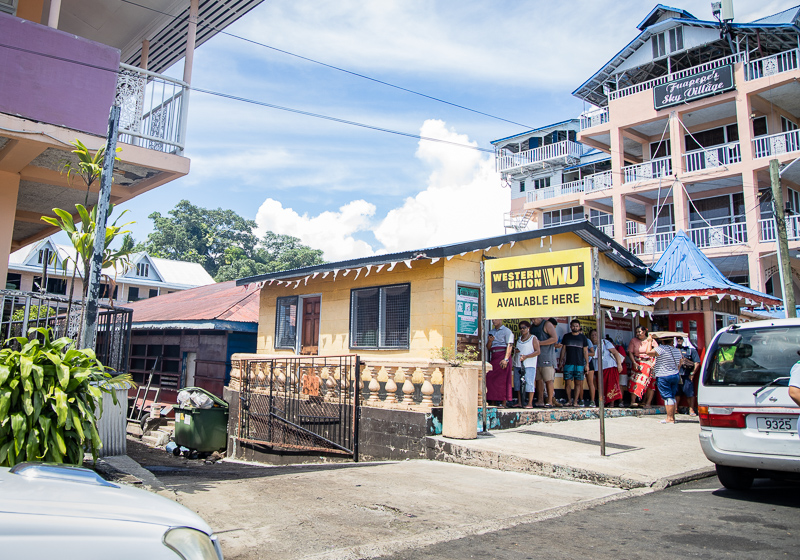 "I was here probably more than two hours or so, I went inside, unfortunately the name of the sender was wrong so I had to call my son again to correct his name. It took some time so he called a few minutes ago that it's already done but I have to stand in the line again," she said.

Another woman, who was part of the queue at Matautu and refused to be identified, said she needed the money to buy food for the state of emergency (S.O.E.) lockdown and is hoping the restrictions will be lifted soon.

"Yes, we know but we need money to get our supplies for this lock down period. Hoping some of the bans will be lifted soon," she added.

Last week the Samoa Observer published a story on the gathering of a large crowd outside the main office of Western Union on Vaea Street in town.

Police Commissioner Fuiavaili'ili Egon Keil last weekend admitted that the Police lack capacity to fully enforce the orders of the S.O.E., and appealed to members of the public to voluntarily uphold the law.