As a low-income, import reliant country Samoa could see its supplies of rice, flour and sugar dry up if its suppliers are compromised due to the health or economic consequences of the coronavirus COVID-19 pandemic.

Samoa imported 19,161,851 kilograms of chicken in 2019 alone, according to senior agronomist in the China-Samoa Agricultural Technical Aid Project, Jim Liu.

For now, he has not received any indication Samoa’s supplies might stop - and, he says, while the ports remain open for cargo ships the supplies will be fine.

“We are very much concerned with food security, it may become a problem,” he cautioned. 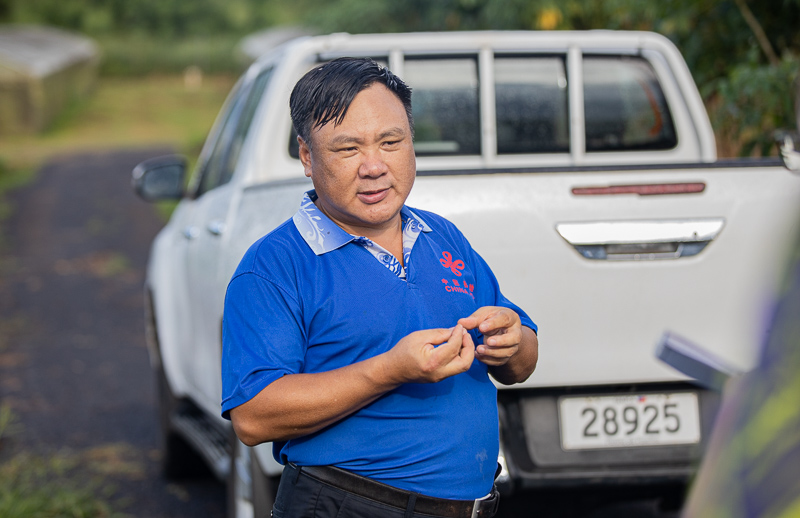 But his fears come with a message to Samoa: to focus on growing high yield and fast-maturing crops for reliable sustenance.

Pumpkins, eggplants and long beans are high in protein and can be harvested after only two or three months, unlike the heavier starch staples such as taro that take up to six months to grow.

The agronomist said the farm in Nuu has seedlings ready for anyone to come and pick up and get planting.

The Food and Agriculture Organisation’s (F.A.O.) Dr. Dawe said with tourism in the Pacific having taken a severe hit, countries such as Samoa are “really getting hit from both sides”.

“For some people, it might literally mean no food on the table,” Dr. Dawe said.

“It might mean trying to borrow money from people at high interest rates.

“It may mean having to go all the way back to your village, where in some cases you have to walk if public transport is shut down, to ride it out together with your family.”

Mr. Liu said there are several high energy alternatives that would save Samoa if it seriously suffered food shortages.

“Cassava, sweet potato, corn, these are all high energy foods we need so that people won’t die,” he said.

“We may not always like the taste, but at least we will have enough energy.”

Cassava is an especially good crop that Mr. Liu says should be in every backyard. It is drought resistant and can tolerate poor soil quality, including very rocky soil as is common in Samoa.

While the roots take eight months to be harvest ready, the leaves are nutritious and can be picked any time after two months.

Cassava can provide ten tonnes of food per acre.

“It could be more too, but this is on rocky soil and without much fertilizer. With more work, it can yield much, much more,” Mr. Liu said.

It can feed both humans and animals well, so works as a useful feedstock for livestock, and for now Samoa has no cases of the viruses that commonly strike down cassava plantations.