A Samoan student’s longing for family gave birth to a dance group in New Zealand’s Dunedin City that today promotes Samoan culture and the Siva dance.

The Aumaga Dance Group, which was founded by 21-year-old Matthew Te’o of Sogi in September last year, has slowly grown to become an integral part of the South Island city’s art scene and has performed at various public events.

Currently doing his final year in product design at the Otago Polytechnic, Mr Te’o told Samoa Observer that he founded the group as a way to overcome his longing for family back home during his studies. 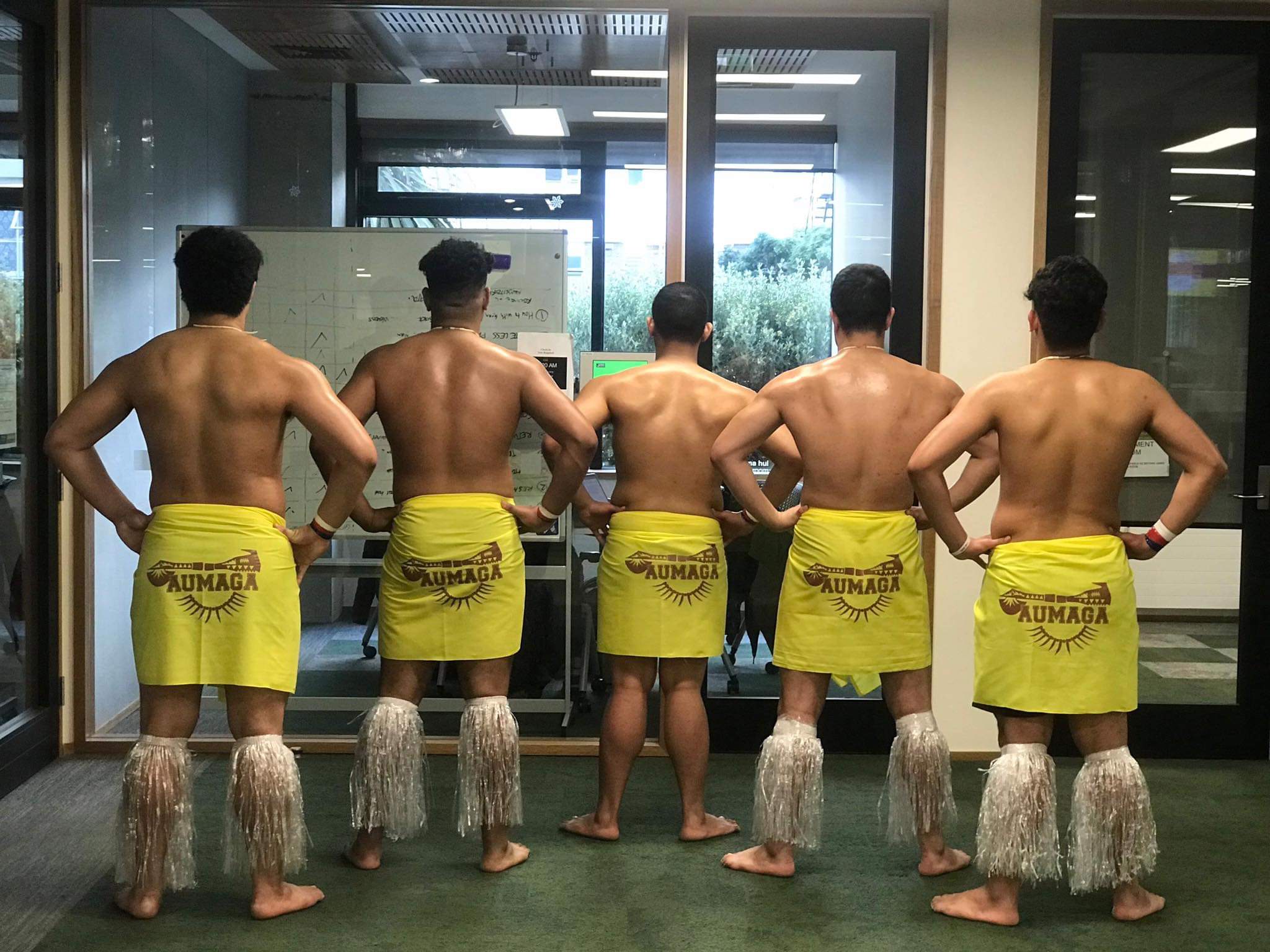 “I deal with my mental health (due to me missing my family and home), which is also a reason I started this as a way to get out of that,” he said. “Aumaga provides me and other like-minded individuals with an opportunity to partake in our love for Samoan dance and to also hone my skills as an aspiring choreographer.”

Currently, the group has seven active members and have already performed at six public events, though four others, which included a festival were cancelled due to the coronavirus (COVID-19) global pandemic.

Mr Te’o also feels strongly about Samoan culture and the establishment of the dance group gives him the platform to promote it in Dunedin City and New Zealand.

“In a city where there is a massive culture shock that is unknown to me and had to learn to embrace over the years, Samoan Siva and practising Samoan culture for me was the only way to keep in touch with who I really am,” he said. 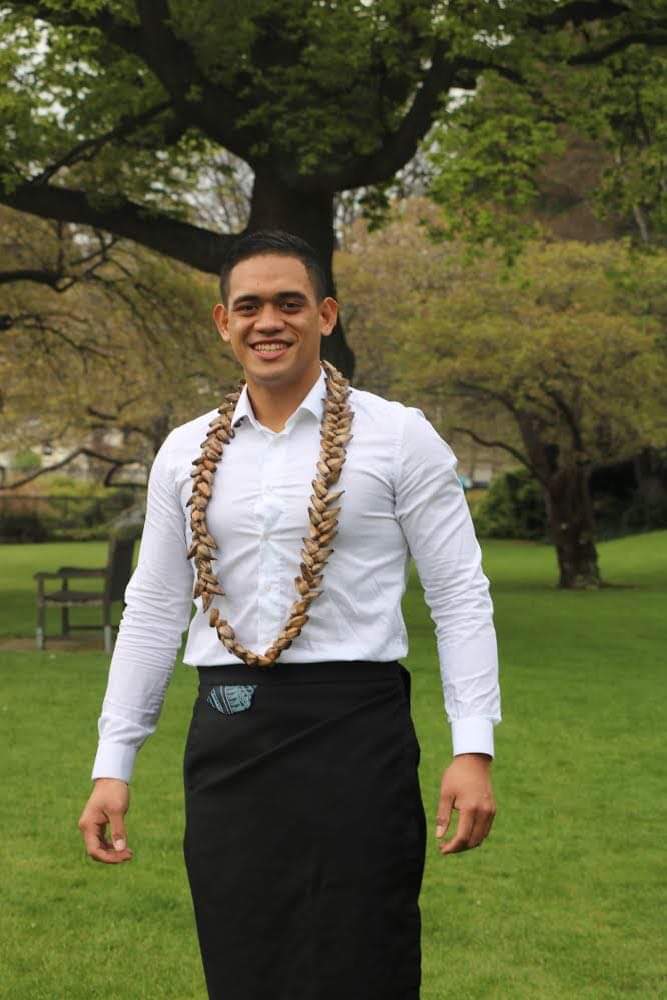 “Aumaga provides the group with an outlet for the stress and hardships associated with studying. It is an avenue whereby they come together and share with each other’s issues and resolve them as a family, as the aumaga of a village in Samoa, is a second family to the untitled men," Mr Te'o added.

Asked where the name of the dance group originated from, he said: “I have two answers for this...aumaga is a term used to describe untitled men in the village who serve the chiefs and the village as a whole. The group and myself have taken this meaning in that Samoan saying O le ala i le pule o le tautua, the pathway to leadership is paved through service. Dancing is our group’s service to our culture and our heritage through dancing.” 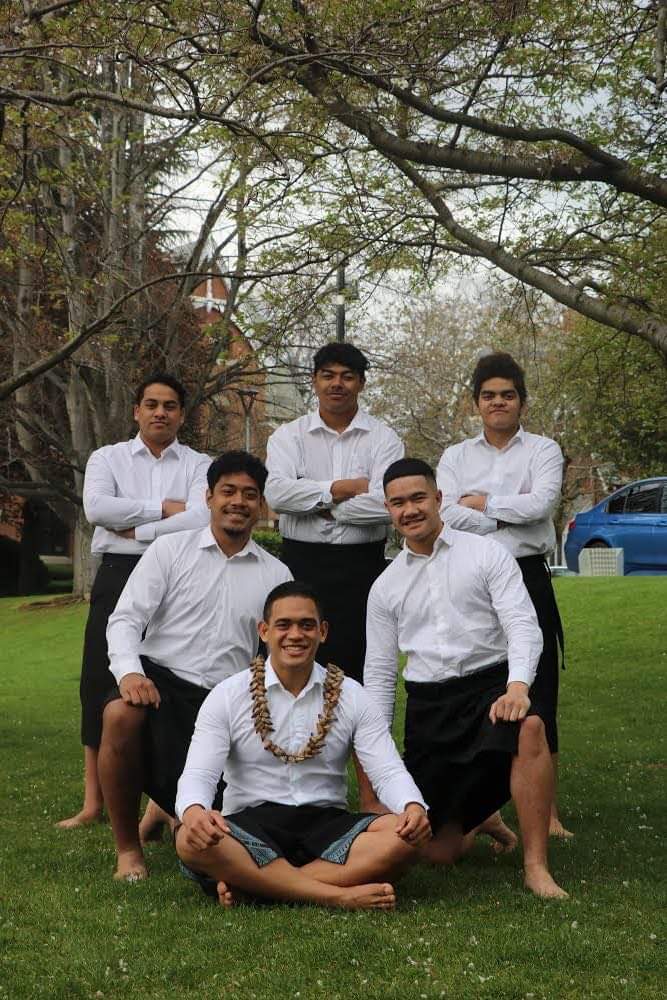 Over six months after the dance group’s creation and its recognition in Dunedin City, the COVID-19 health crisis has thrown a cloud of uncertainty over the group and its performers,

Mr Te’o said the global pandemic has made it difficult for the group, but they are looking forward to the post-COVID-19 future.

“For now, it’s hard to do something due to the COVID-19 lockdown but once this is over we will be visiting kindergarten, preschools, rest homes, have our gigs etc. to show our Samoan culture through dancing. And of course to build our Aumaga name, reputation and especially why this dance group was formed,” he said.

As for the long-term plan for the group, there are plans to set up a dance academy in Samoa, according to the dance group’s founder.

“God willing, I will also be starting up an Aumaga Dance Group and an Aumaga Dance Academy in Samoa for boys only. For now in Dunedin I’m not quite sure of starting an academy here,” he said.

“We will be having dance classes for any young boys who are keen to learn the Samoan Siva. When we go ahead of our academy, the focus will be on the young boys, for them we would provide academic tutorials where we can balance both school work and Samoan Siva. We will also teach the Aganu’u Fa’asamoa."

His commitment to his Christian faith has also been an important part of his success and keeps him grounded.

"God, family and keeping yourself grounded. I truly believe that those three things are what makes me the person I am today. My belief in God and His love for me and the support of my family as well as keeping myself grounded and humble is very important to me,” he added.

But the journey of the dance group has not been his alone with Mr Te’o also crediting family members including his parents for their support.

“To my uncle Pati who always finds the time to help out. Also thanking Tofilau Nina Alai and Eric Nabalagi for advising and giving us the equipment we need for our performances. To my beautiful partner Antoinette Alena Tuipe’a for always being my right hand person and for always being patient. People come and go and you have never failed to leave me,” he said.

“Another biggest thanks to Alapati Tupuola who is the founder of the very best Tatau Dance Group and who has now started the Tatau Manaia Academy which is amazing. You have inspired me so much and have given me so much help, support and hope.

“To my older brother and best friend Lani Alo Music, who has also helped me through this and never ending support. Lastly, my brothers who are the dancers, without you this group wouldn’t be a dance group. I am grateful for your given talents and being patient in our group.”