Artist opens up on music collaboration

His single “Sad season” would probably be one of the first songs to be written on Samoa’s deadly measles epidemic.

The song was released in December last year by local artist, Elijah Shaw Pinoyll, and was part of his measles epidemic project, which opened the door to a collaboration with New Zealand-based fellow Samoan artist, Pika Tufuga, of DowntoPlease (DTP) and Ocho Music Studios fame.

The song has been uploaded to YouTube and has already logged over 1,700 views which is not bad for a budding artist and songwriter.

Mr. Tufuga was the producer of the song and there are already plans for Mr. Pinoyll to produce an album, though depending on the coronavirus (COVID-19) global pandemic subsiding, to lead to the opening of the borders.

Mr. Pinoyll, 21, of Motootua told the Samoa Observer that he met Mr. Tufuga during a workshop in Samoa in July last year and it was from there that the collaboration started. 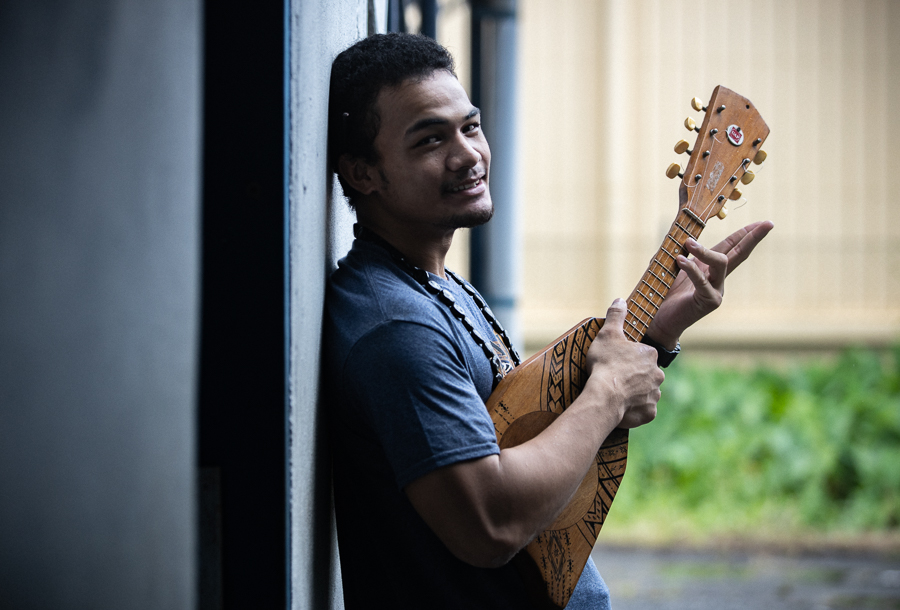 "Pika Tufuga and crew came to Samoa for a workshop and I attended the sessions and was really fortunate that he agreed to record my song when I contacted him last year," he said. "Pika Tufuga is also a singer and he is part of a group called DTP (DowntoPlease), they competed in the first season of the Australian X-Factor in 2005. He helped me with setting my songs and gave me music lessons.”

Drawing inspiration from the realities of life and all that was happening around him, Mr Pinoyll wrote the song on the impact of the measles epidemic, and used the ukulele to give it that Pacific acapella touch.

"I grew an interest in music when I first learned how to play the drums and since the passing of my father I started writing songs, I was 14 at the time," he said.

For Mr. Tufuga, he remembers Mr. Pinoyll when he met him in July last year as he was the only one without a one-on-one recording session.

"When I visited in December there was no intended workshop, I last spoke to Elijah when I was in Samoa with DTP. He was the only one who hadn’t had a one-on-one recording session so I kept in contact with him and a couple of other artists to help out wherever I could set up social media,” he said

He said when he returned to Samoa last December, Mr. Pinoyll contacted him to discuss his recording measles project, which got him hooked as it was something he wanted to be a part of.

“I felt it was something awesome he was doing so I was keen to jump on board,” he added. 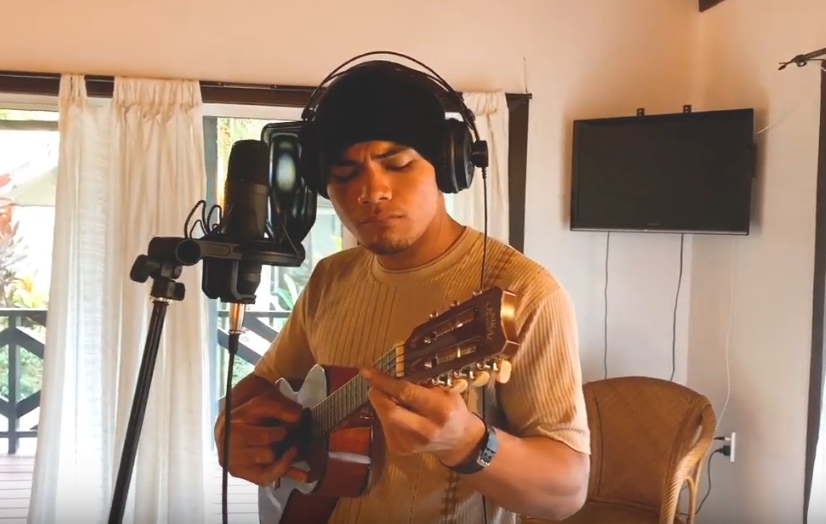 Mr. Tufuga believes local artists can get these opportunities to travel if they are recognised and promoted in other countries.

And he is also working with another local artist, Tyrone Schwager.

"I will be working with Elijah and Tyrone Schwager helping each other out to put out music.”

Encouraging youth in Samoa to pursue music to open doors to immense opportunities, it is Mr Tufuga’s belief that everyone started from somewhere.

"Don’t get lost in the drama, push your craft, know the business side of music and don't limit yourself because someone said I can't happen. Even people (who are) well established had to start somewhere, not everyone has the same solutions for different situations.”