Passion for writing, the Iva man behind "Sideline Savai'i"

A writer from Savai’i behind a popular social media blog called Sideline Savai’i is a man with big dreams.

Neueli Mauafu, of Iva, who is studying for a Bachelor of Arts majoring in Media and Communications at the University of Canterbury New Zealand, aspires to give a voice to sports in Samoa on a global scale.

The former student of Vaiola College on the big island says "Sideline Savai’i" is personal blog/sports column on social media dedicated to openly discuss the world of Samoan sports.

“I had noticed that there wasn’t a proper platform on the social media world that highlighted or talked about the sports scene in Samoa,” Mr. Mauafu told the Samoa Observer in an interview.

“I have always been inspired to have this kind of platform created after seeing other sport bloggers/columnists online. Not only does it become a space to share my opinions in such sport issues, but I am also able to interact with followers of my social media platforms on their views too. Think of it as an open discussion place.”

Mr. Mauafu grew up with a passion for writing. He honed his skills writing poems and submitting to the Samoa Observer’s Poetry Corner during his college years.

“I have always had a passion for writing. I believe that writing is an ancient tool for storytelling as many generations can read and access your work for many years to come,” he said.

“I started writing poems to the Samoa Observer in my college years. I sort of channel this writing passion into how I want my posts on Sideline Savaii to come across.

“Writing is an essential key in engaging your targeted audience with your content. I then also use the graphics and the technology given through the internet to help my message go further.”

According to Mr. Mauafu, some people talk a lot about the disadvantages of social media. 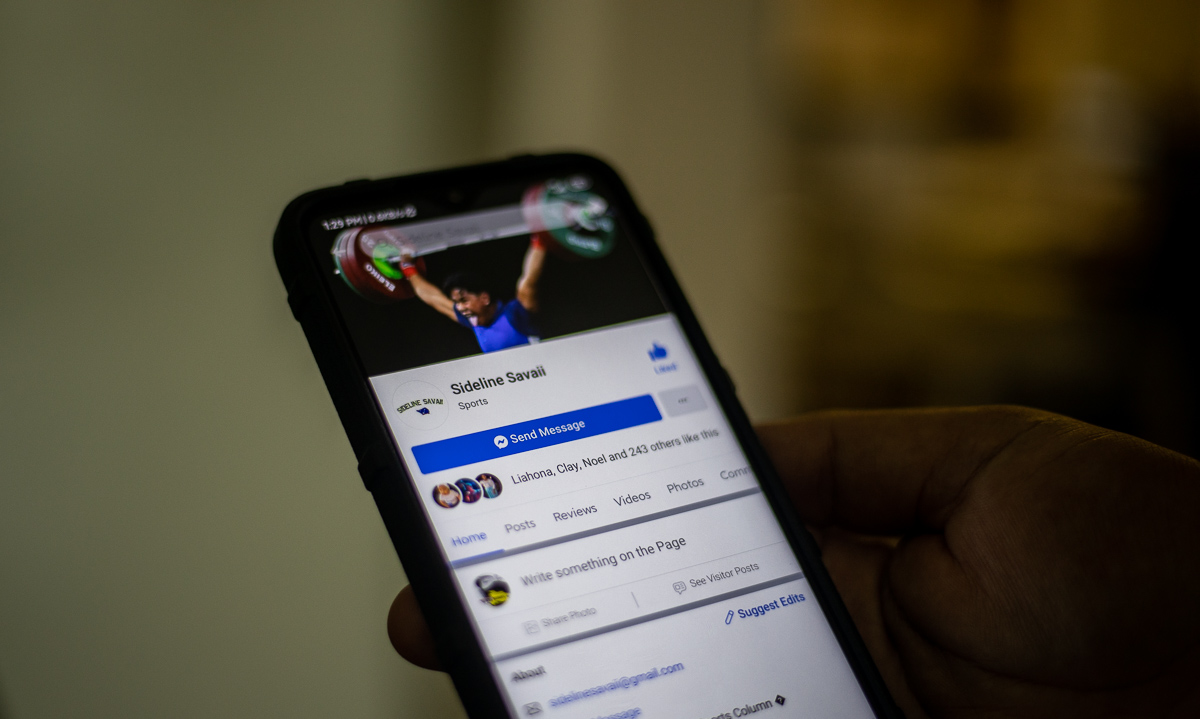 “We tend to just only see the downside of social media not realizing the major impact it has in getting something to be heard out to the world.

“If used properly, social media can be the number one branding and advertising tool needed for anything.

“I then combined this knowledge of technology with my desire for sports in Samoa and created Sideline Savai’i. Samoa really is a big player in the world of sports.”

But why the name “Sideline Savai’I”?

“The name Sideline Savai’i sprung up from the saying commonly heard in our country which goes, What is good for Upolu is also good for Savai’i,” he said.

“Sideline Savai’i embodies this as its own fight to be heard by the world. The fight of sports in Samoa to be heard and to deserve its rightful credit.”

Mr. Mauafu stated that his blog contents include sports updates and giving a voice to sports and local players whose talents deserve a spotlight.

“Sports updates and results from our Samoan teams whom compete in tournaments overseas. I focus mainly at times on sports that don’t really get much voice,” he said.

“What I like about these opinion type posts is that I get to see through comments on my page on how my followers agree or disagree in my thoughts.

“This is what’s important for me. To make our people feel like they can discuss openly on how our sport sector should be heard or should move forward in terms of development.”

Looking further afield, the writer wants to do a lot more including delving into merchandise and podcasting.

“I am in talks with a design company on making and selling Sideline Savaii merchandise which include shirts, hoodies and other sort of merchandise,” he said.

“ I also am trying to gain more interaction posts with the people and be in communication with Samoa sporting bodies and in the lookout for sponsors for funding.

“I really do believe in making this a big network in order to help us give a voice to sports in Samoa. There has also been a plan in the long run to start up my own podcast and to get people on it and interview them.”

“I think that representing Samoa doesn’t solemnly mean you have to be part of our team.

“Players who are of Samoan heritage but represent other countries can do their bit in portraying our culture through their performances in their represented countries.

“As mentioned about the whole idea of Samoa being a tiny nation whom isn’t heard as much, it would really be enough to see our athletes carry our traditional values whilst performing for other countries.

“Always remember that our culture makes us a person in whole,” he concluded.