The challenge was created by Le Manumea dance group and was their take on a similar popular challenge that was made before theirs, popularly known as the "Don't Rush Make-up Challenge".

The concept was already there, however, the group tailor-made it to match their personality. The dance group is made up of Tualagi and Tarani Paul (Managers), Dane Fabricius (MC/ Host), Cheyenne Tuioti (choreographer) Moira Paul, Angela Scanlan, Annette Tamasese, Sonia Piva, Elena Chan, Charlotte Johnston and Faata O’Brien-Pupi (female dancers).

Samoa Observer was able to get through to Cheyenne Tuioti, who was the choreographer behind the challenge, and she responded with an email. 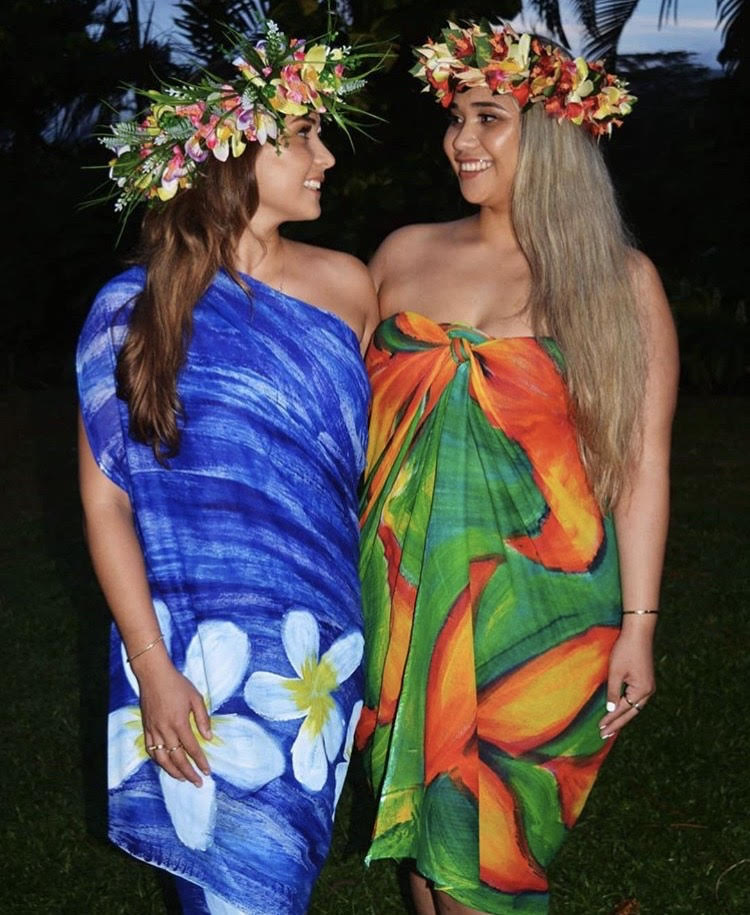 "Pass The Sei Challenge was our take on the popular ‘Dont Rush Make-up Challenge’ that was making the rounds on social media. We played with different concepts— we almost did ‘Pass the Salu’ instead when Tarani (who is overseas) messaged our group chat suggesting to pass a sei around instead. It seemed only natural to go with the sei since we wear it every day in Samoa," Mrs. Tuioti said

She also mentioned that the group is unique because the girls have a strong connection to the Paul Family (Luna Marsters-Paul and Maposua Norman Paul) who are the owners of the Le Manumea Hotel.

"What makes the group unique is that the girls are always either related or have a strong connection and friendship to the Paul family," she added.

When asked what the inspiration of the challenge was, Mrs.Tuioti expressed that it was friendship. Living in lockdown, all Fiafia shows were cancelled due to the state of emergency (S.O.E.) and this challenge was something they had discussed on messenger.

"The inspiration behind our challenge is friendship. Being as close knit as we are, we are used to coming together at least three times a week," she said

"Our shows have been cancelled since lockdown, and we really started missing each other. So we planned this video over Messenger at least a week before filming, and tried to have as much fun with it as possible while complying with the S.O.E.

"All the dancers pitched in — Angela Scanlan (also known as Make-Up artist Savannah Artistry) did most of the makeup, the Mareko Lavalava’s were supplied by Elena (she’s behind ‘Sarongs Samoa’) and the rest helped with filming and editing.

"We also made sure to keep to the S.O.E. rules of five or less people in a public gathering during filming, which was very difficult to do."

The dancers wanted to portray the significance of friendships by spreading joy through their video in the challenge with Mrs. Tuioti emphasising that a simple challenge can lift people's spirits. 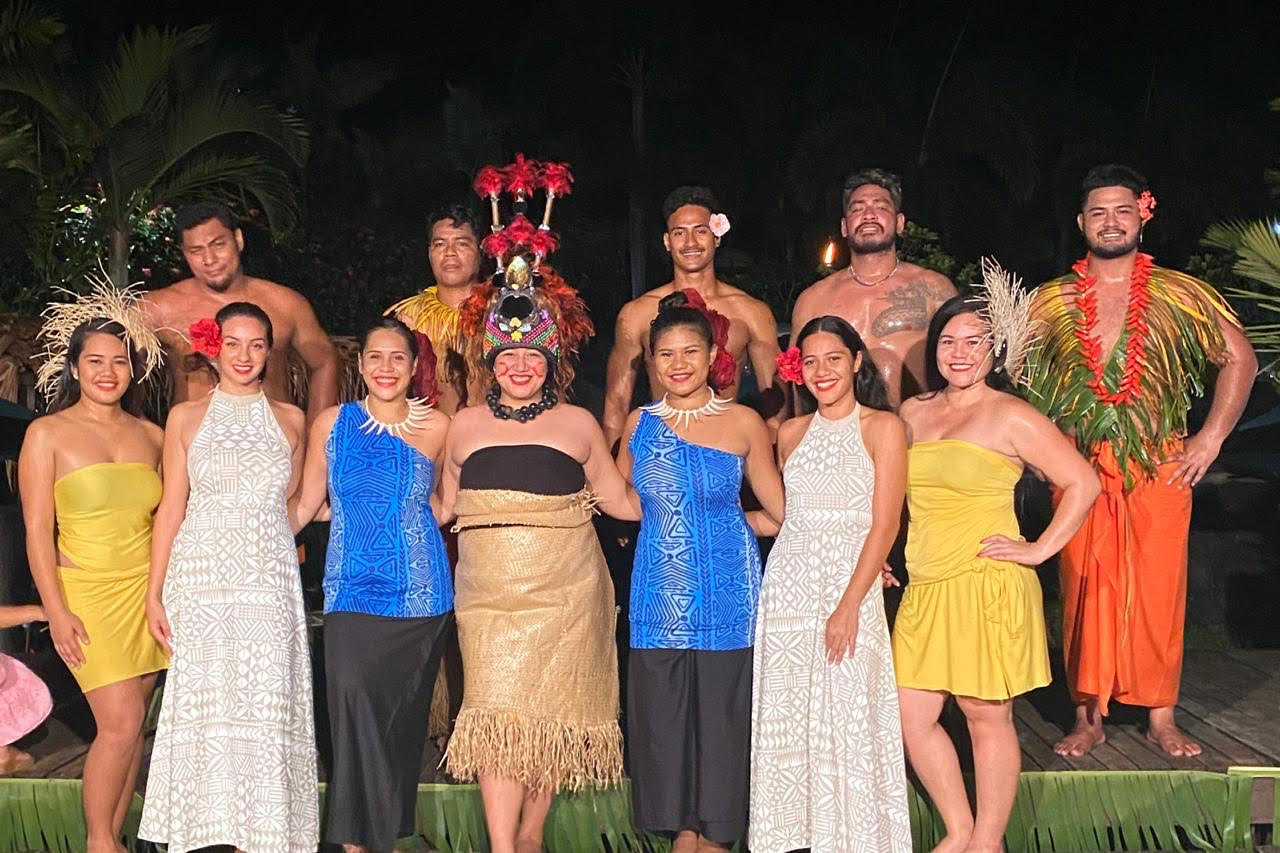 "During this time of crisis, something as simple as a makeup challenge with a group of great friends can do a lot to lift people’s spirits," she added

"We have really learnt the importance of strong female friendships. The kind of friends that encourage and affirm you when you’re struggling and insecure.

"Find as many creative things to do together as a group— it’s a great outlet and gateway to creating inspiring content."

The background music that they chose for the challenge was thoughtfully picked out.

Mrs. Tuioti told Samoa observers that they had wanted a song that hadn't been used yet, something upbeat and familiar with island vibes, and should be an artist from the Pacific. Therefore, Spawnbreezie’s ‘Oh My Goodness’ was the perfect song choice!

In fact the "Pass the Sei Challenge" wasn't the group's first video. They had made a few before the challenge and they were aimed at gaining some online traffic for Le Manumea Hotel.

With tourism numbers plunging after the measles epidemic and hotels struggling, business was slow from then on with crowds getting smaller at each Fiafia show.

They built a new show in the hope of increasing their numbers, however, a week after their opening night the S.O.E. was declared by the Government and affected their show. As a marketing strategy response, they created a TikTok page.

The group also emphasized the importance of supporting locals.

"Support your locally owned businesses and products, big and small. Let’s work together to keep our economy afloat during this difficult time,” Mrs. Tuioti said.

"We built a new show in hopes of increasing our numbers and performed our opening night on March 19th. The week after our opening night the Government made the decision to go on lockdown canceling our Thursday night shows.”

"We thought this would be the perfect time to get some creative marketing done— so we created a TikTok page under Le Manumea and started making some fun videos. Our target audiences were always Samoans and those visiting Samoa in the near future, especially with the state tourism is in now."

"It has been truly enjoyable seeing the increase of Pacific content since then. We love everyone's different versions and adaptations to the challenge, like the Fijians passing the Seru, and the Rotumans passing both the biscuits and hand-woven fans! It makes us feel all very connected during this period of isolation,” they added

They have had great feedback from their followers and Coconet TV was kind enough to share their video on social media, which they said was exciting.

The Le Manumea Dance Group hopes that with the amount of shares and views, it will translate to an increase in visitors for the Le Manumea Hotel in the future.