An emergency repatriation flight flew out of Faleolo International Airport on Wednesday night with more than a hundred Americans, Australians and Europeans.

The emergency flight was operated by Omni Air International, an American charter airline, and initially flew from Australia to Vanuatu picking up 40 passengers there before making its way to Samoa, Honolulu and finally San Francisco.

Bad weather had previously postponed the flight, which had intended to leave on Monday.

David Ward, British High Commissioner to Samoa, confirmed with the Samoa Observer that a total of 19 United Kingdom (U.K.) and European Union (E.U.) citizens had checked in for the 8.30pm flight.

A further 50 Australian citizens and residents were also assisted to get to Brisbane through Honolulu, and onward from there after a two week quarantine period. 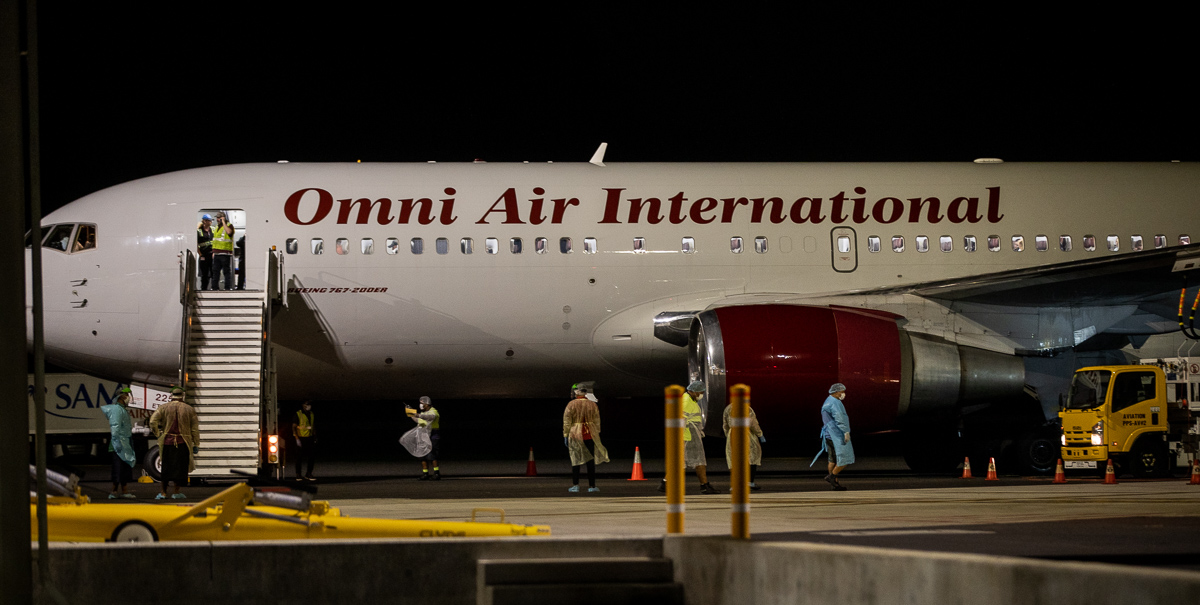 Residents of Hawaii will be allowed to disembark in Honolulu, while other U.S. citizens will transfer to another plane, leaving Australian citizens to continue on the same flight to Brisbane.

American Embassy Chargé d’Affaires, Sarah Nelson, said 140 people will be leaving on the flight: 50 U.S. citizens and 90 passengers from Australia, the U.K. and the E.U. who will be able to travel to their home countries from San Francisco.

According to Mr. Ward, passengers arrived at the airport as early as 4pm to confirm reservations, and started checking in at about 5pm.

"I'm delighted that those who wanted to have been able to find a way back through the help and cooperation of government states and Samoa," he said.

"They have been able to take advantage of this opportunity to return home, in light of the British Government's advise that they should return home."

He was also asked about the risks the passengers may be exposed to while travelling back over the option of staying in Samoa where there are no cases currently.

"It's in line with British Government's advise, that all those travelling overseas on short term visits to go home, so that's just global advise and I can't go against that."

This is the second emergency flight out of Faleolo International Airport this week, after 136 missionaries of the Church of Jesus Christ of Latter-day Saints were recalled by the church headquarters in Utah last week and flown back to America.

They departed on a Fiji Airways charter flight on Monday morning.