Speaking to the Samoa Observer during an interview from New Zealand where the Chief Justice is in lockdown, the 57-year-old said he could hardly wait until the border closures are ended so he could assume his new role.

Eleven months after the former Chief Justice, Patu Tiava’asu’e Falefatu Sapolu retired; Satiu is set to take over from Acting Chief Justice Vui Clarence Nelson when he gets the clearance to travel in the wake of the coronavirus pandemic.

He said he was humbled to be appointed, considering the faith placed in him as a blessing. Having left Samoa for New Zealand when he was 7 years old, Satiu said it had always been a dream to return to serve the people of Samoa.

But the Chief Justice’s role was not necessarily what he had dreamt of.

He said it was during a mass in July last year that a gospel reading about “knocking on the door” struck him.

“It was the Monday after that mass I decided to send an expression of interest to Samoa [for the position],” he said. “That was my knocking on the door.”

When Patu retired, Satiu said he thought the position was going to be filled right away.

“I had assumed when the previous Chief Justice retired that an appointment would be made quickly thereafter.

“It wasn’t as if his retirement came as a surprise and I had expected that an appointment was going to be made shortly after that but it wasn’t.”

In the absence of a Chief Justice and when questions mounted about the delay in making the appointment, Prime Minister Tuilaepa Dr. Sa’ilele Malielegaoi insisted he hadn’t received the “secret whisper” from God about who would fill the vacancy.

For Satiu, he said when he knew that the Chief Justice position was still unoccupied then, he felt that the priest’s homily was speaking to him that he needed to “knock on the door and be intentional about your service.”

“Which is why the next day I sent out the expression of interest to Samoa for the job and discussions thereafter were positive,” he said. “At no time did I know that I would be successful.”

Satiu said he only found out that he had been successful when the news broke in the media.

“It wasn’t until after I was having a meal with my family that somebody had texted me that I had been appointed as the Chief Justice,” he said.

Satiu said he had understood that Prime Minister Tuilaepa was going to email him on 20 March 2020 regarding the position.

But he said his email had been down the whole day and had only received the message from the Prime Minister at midnight. By that time, the news was already out and widely shared.

“The first time I knew about it was when somebody had texted me to congratulate me that they had read about it in the press,” he said.

“I think together we will make an amazing team of Judges serving Samoa and the legal system.” he said.

The transition for Satiu to return to Samoa will not a major one as he has families on island. He said he hopes to also use the opportunity to take a strong role in his village affairs and the fa’amatai.

Satiu is scheduled to be sworn in around May, depending on whether the border closure is lifted at the time.

While he is in lockdown in New Zealand, the new Chief Justice is in the process of making arrangement to allocate his clients to other lawyers. 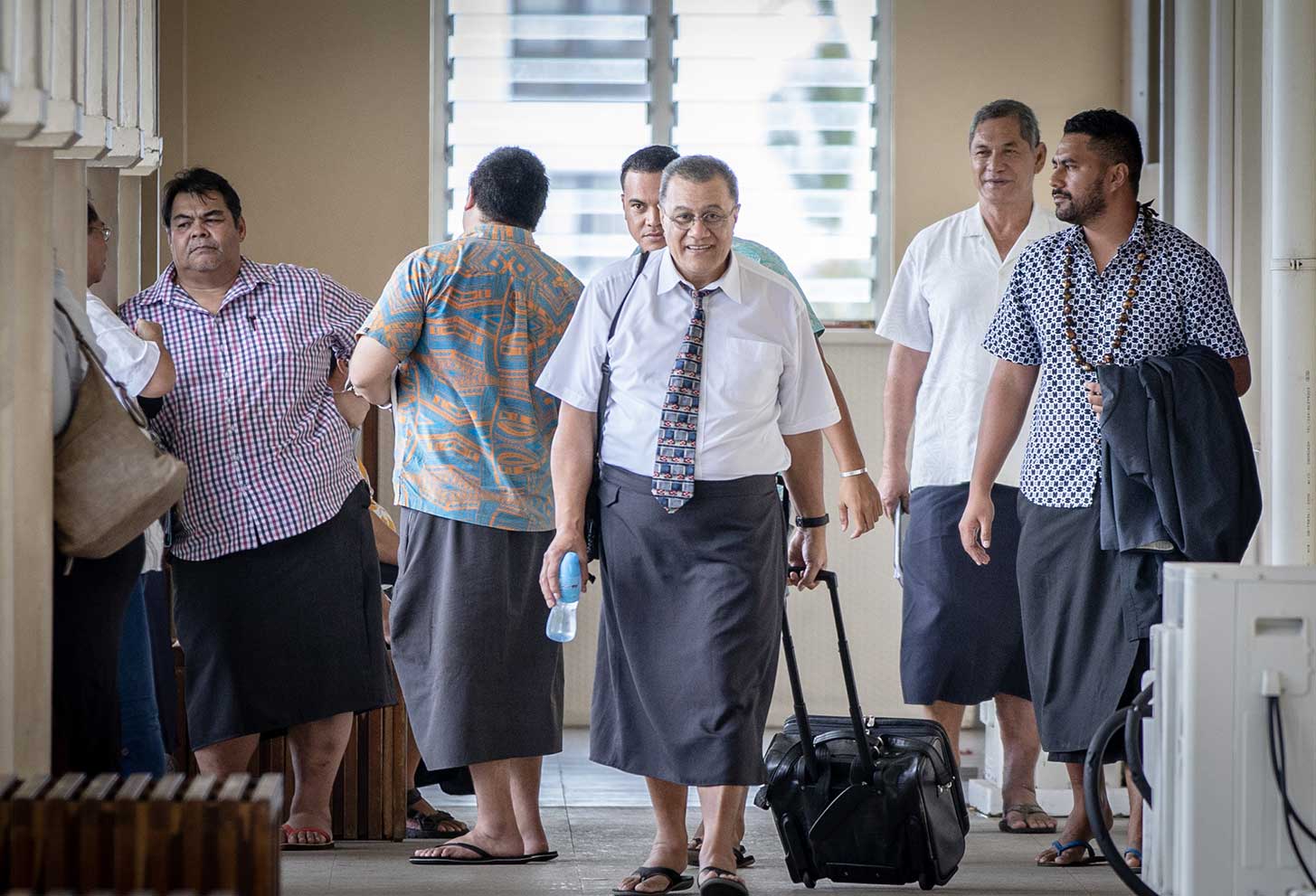 He has 30 years of experience as a lawyer that began in 1990 in the Crown Law Office in Wellington, New Zealand. He later on moved to Auckland to become the Staff Solicitor and then Associate in 1993. He is a barrister sole to date.

Satiu was admitted to the bar in Samoa in 1999, and has been admitted on a case by case in the Cook Islands. Over his 30 years of experience in the law and justice sector, Satiu was a member of the Human Rights Review Tribunal from 2003-2009. He was a member of the Auckland Crown Solicitor Prosecution Panel. He was also the Chair of the Cabinet of New Zealand appointed Board of the National Pacific Radio Trust, and a he was the President of the Pacific Lawyers Society from 2000-2002.