One of Alice Campbells favourite photos, of Dr. Art Whistler and the M.N.R.E. crew out in the field. (Photo: Supplied)

A prolific ethnobotanist, who was instrumental to the documenting of Samoa’s flora and fauna, Dr. Art Whistler, has died as a result of the coronavirus pandemic.

The author of 10 botanical books, including Samoan Herbal Medicine and Plants in Samoan Culture, Dr. Whistler spent 52 years working in the Pacific on botanical projects, conservation and researching traditional healing.

His girlfriend, Alice Campbell, said Dr. Whistler had been unconscious since 10 March 2020.

Because of how fit and healthy he was, his family did not expect the virus to claim his life.

“We have really lost an amazing man, but he has left a real legacy and mentored so many young people, and encouraged them to respect the environment and to learn about it,” she said.

“He was 75 years of age, but that was just a number… he belied his age. This was a man who was playing tennis with me in February, he loved to hike in every valley.” 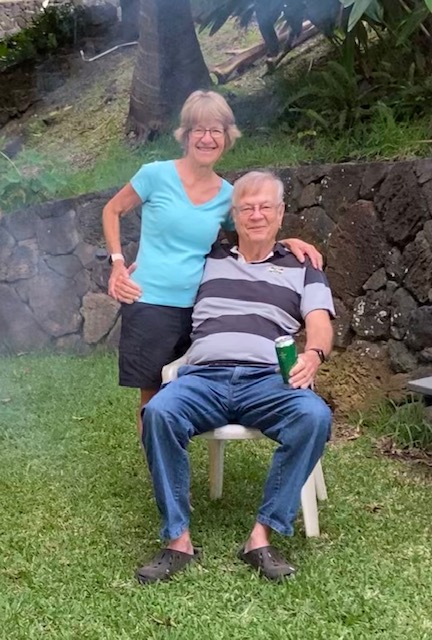 His encyclopaedia of over 500 floras in Samoa was nearly ready to be published when he died, but the work will be completely posthumously.

He learned to speak Samoan and taught high school biology at Samoa College, and when his service was up he looked for ways to stay.

He returned often to research the botanical world, and it was not long before he earned the nickname, Tupu o le Vao, King of the Forest, among his Samoan friends and colleagues.

He was also known by many as simply ‘Afa.’

“He was an amazing, dedicated but really laid back man, and so willing to share, he just had this tremendous love for nature and the natural beauty and wonder in the world,” Ms. Campbell said.

Ms. Campbell said she felt lucky to have joined him on one of his final trips to Samoa in October 2019, when he spent up at the summit of Mount Silisili collecting samples and studying the impact of climate change with the Ministry of Natural Resources and Environment and Samoa Conservation Society.

He was intending to return to Samoa this month to help finish the project, but the team will have to complete it without him.

Dr. Whistler first wanted to visit Samoa thanks to a flier in his letterbox advertising the small island nation, with a beautiful local woman on the cover. Six years later, he told Ms. Campbell, he actually met that model in a supermarket, and told her: “You are the reason I am here!”

He earned his PhD in Botany from the University of Hawaii based on his research in Samoa. He was passionate about ethnobotany, the specific study of plant use in culture, and spent much of his research talking to Samoan traditional healers and studying their plants and methods.

He lived in Manoa where he grew a terraced garden, and loved to swim, Ms. Campbell said.

One of his long-serving colleagues in the field is Tupaemanaia Steve Brown. The two met 30 years ago while working for the M.N.R.E. studing lowland and wetland plant life.

Tupaemanaia said Dr. Whistler first found a love for Samoa’s flora and fauna while teaching. His students would take him home with them on weekends to show him around their varied gardens and rainforest backyards.

He said without Dr. Whistler, none of the research and publications on Samoa’s plants would have been done. 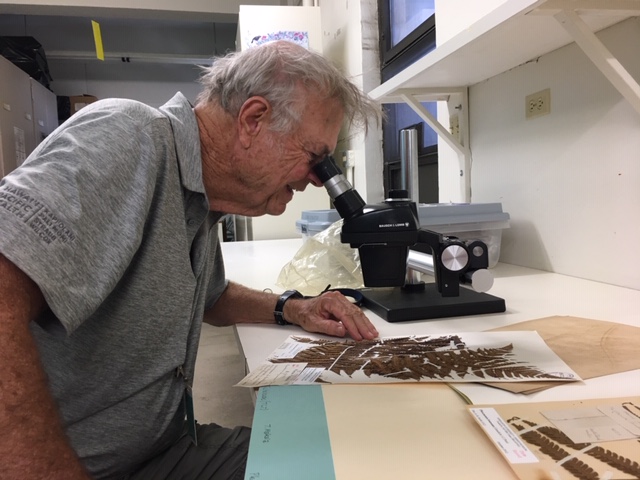 “He should be honoured in some way by Government,” Tupaemanaia said.

“He was only weeks away from publishing the Flora of Samoa, a complete encyclopaedia of 550 flowering plants and 200 ferns. He identified 100 different ferns in Samoa.”

“There must be hundreds if not thousands of people in Samoa who must have met Art over the last 50 years.”

“Many of us remember Art most for his gregarious nature, his love of pizzas at Giordano’s, his love of hiking the most remote valleys and mountaintops across every Samoan island,” they wrote.

“It was nothing for Art to venture deep down inside every volcanic crater he could access, taking anyone with him that was keen to explore areas no ‘white-man’ had ever been.

“Art would then astonish all with his incredible knowledge of the plants by not only naming all the plants along the hike, but also describing their features and uses. It was a challenge to find a plant that Art could not name, but that didn’t happen very often!”

Agriculturalists, conservationists and more across Samoa have expressed condolences for Dr. Whistler online.

The Samoa Women’s Association of Growers, calling him true admirer of Samoa, said: “His body of work is his legacy that all of us will benefit from for generations. Rest in Peace Art, the big garden in the sky is ready to welcome you.”

“He fought to preserve the islands, and protect the islands and that showed through in all his work,” Ms. Campbell said.

He is survived by two children, who are in Canada and New Zealand, and his sister who is in America. 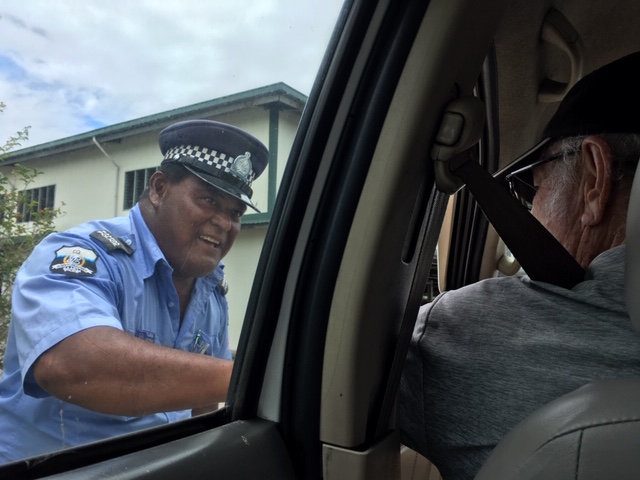 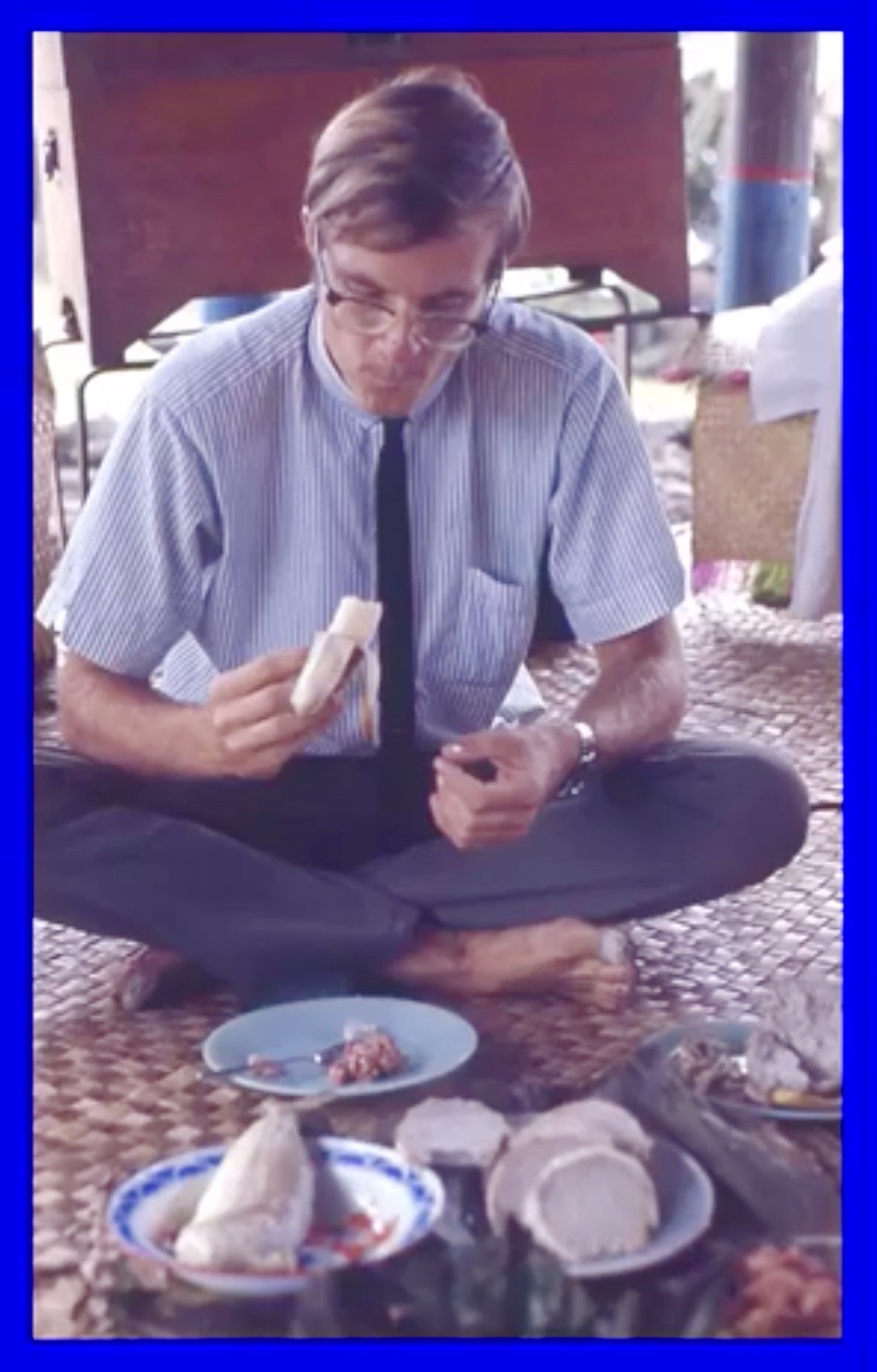