The impact of the S.O.E. on the market could be seen with no customers in sight, except for a seller from Saleimoa, Sandra Laufili, who expressed concern at the impact.

He said the flea market stalls at the Savalalo market have been vacant for quite a while with only a few vendors left selling handicrafts.

"I was the only one last week that opened up a stall while other blocks were vacant. The others didn't come back until Thursday," he said in an interview with Samoa Observer.

“There are only a few of us left here selling handicrafts. Sometimes it is only me and other times there would be a few more people but the majority of the stalls have become vacant since the lockdown began."

The declaration of the S.O.E. last month and the subsequent banning of all international travel into Samoa through air and sea, has translated to loss of income for market vendors.

And Mr Laufili has no hesitation blaming the coronavirus (COVID-19) for their loss of business.

“I don’t think there are anymore tourists in the country due to the fact that Cruise ships and airplanes are being denied entry into the country because of the Coronavirus,” he said. “There are rarely ever any local customers nowadays.” 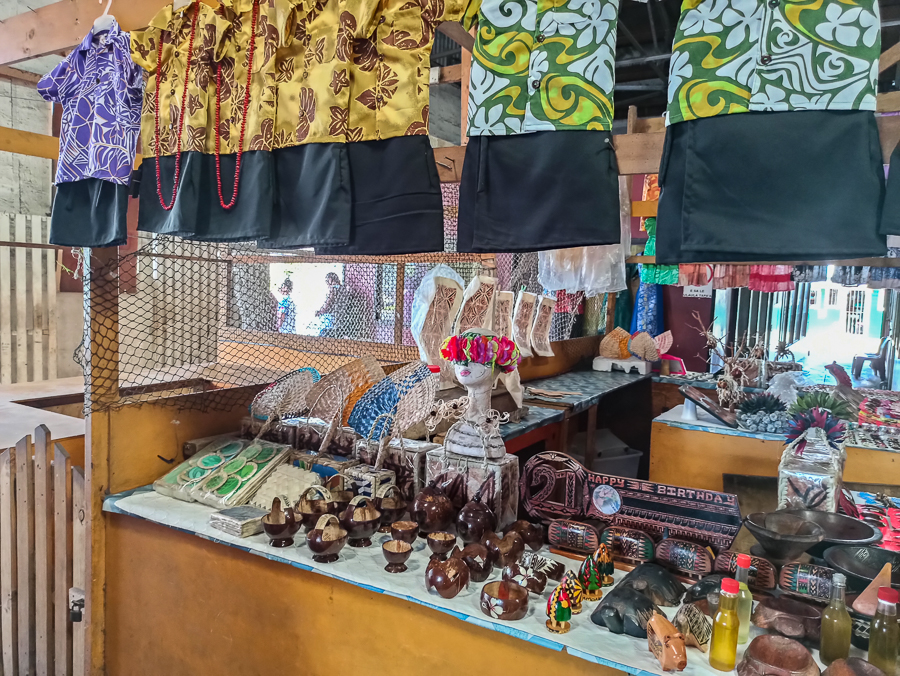 Consequently, his weekly earnings have dropped to close to a quarter of what he normally earns in a week.

“Before the lockdown I would usually earn nearly $1000 every week from Monday to Saturday but for the past weeks that has been reduced to less than half of that,” he said.

The slashing of his earnings has left him no choice but to close his shop and he is unlikely to reopen until a few days later due to transport difficulties.

“Most days I would get no customers at all so I am forced to close up my stall for a few days. I may have to lower the prices of the handicrafts so that people might buy it. Now the lockdown has been extended by four weeks so I plan to not come to the flea market everyday now, because I am from Saleimoa so I have to think about the availability of transport, especially because buses are not in use at the moment.”

Despite the hurdles he currently faces in his bid to return to the Savalalo flea markets to sell, he feels compelled to return.

“I wasn’t supposed to open my stall up today but I felt the urge to do so to earn some income through these hard times,” he added.