Charges have been laid against four inmates following a brawl in the Tanumalala prison on Tuesday that has left one inmate still in hospital recovering from being stabbed in the eye.

The four prisoners who have since been charged in connection to the incident are facing charges of causing injury; being armed with a dangerous weapon; and assault.

The Commissioner of Police, Fuiavaili’ili Egon Keil, who was recently given charge of the prison in a major shakeup,  told the  Samoa Observer over the phone that the scissors were used in the brawl and had left one inmate still in hospital.

“The prisoners have been charged as a result of what occurred,” he said.

“Five prisoners were taken to the hospital on Tuesday. Four prisoners are back at the prison after they were treated for injuries.

“One prisoner remains at the hospital, he suffered a stab to the eye."

The brawl was followed by a surprise “shakedown” of the prison facility on Thursday that uncovered weapons and other illicit contraband.

The search followed the brawl and also a mass prison break last Monday in which 36 prisoners escaped the recently constructed $18.2 million facility. 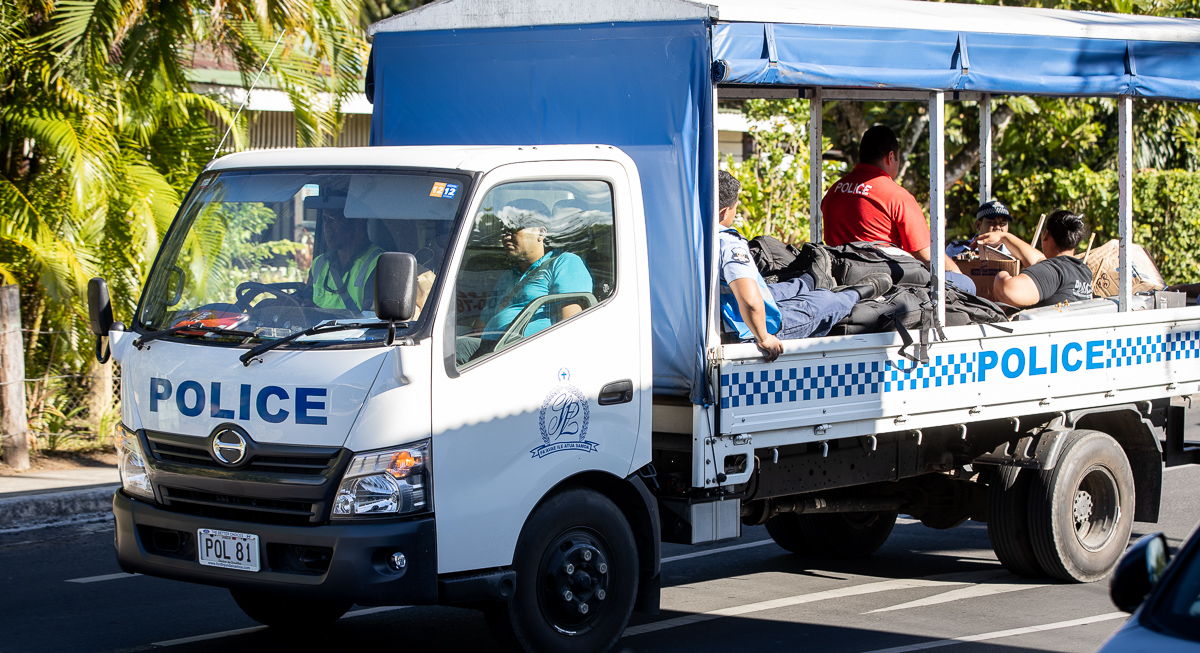 “After all that has happened, we opted to conduct the [surprise] search and discovered more contraband," Fuiavaili’ili said.

The group involved in the brawl were not part of the mass breakout, authorities have said.

Monday's escape, perhaps the largest in Samoa's history, led to a major shakeup of the management of the correctional facility.

The Prisons Commissioner, Taitosaua Edward Winterstein, tendered his resignation the day after breakout.

The prison's management was returned to the Commissioner of Police.

An investigation into how the prison break occurred is ongoing with the Criminal Investigations Division.

“There are so many issues at the prison," the Commissioner said.

"As I said before, we are inheriting the prison and its many problems.

"[There is] some explosive stuff going on at the prison."