TikTok, a video-based social media platform has captured the hearts and minds of Samoans, giving them a global online platform to share their life experiences and talent.

The app, which was developed by Chinese tech guru Zhang YiMing and released in 2016, has become a part of many Samoans’ daily routine.

A few Samoan TikTok users have acquired thousands of followers locally and globally. 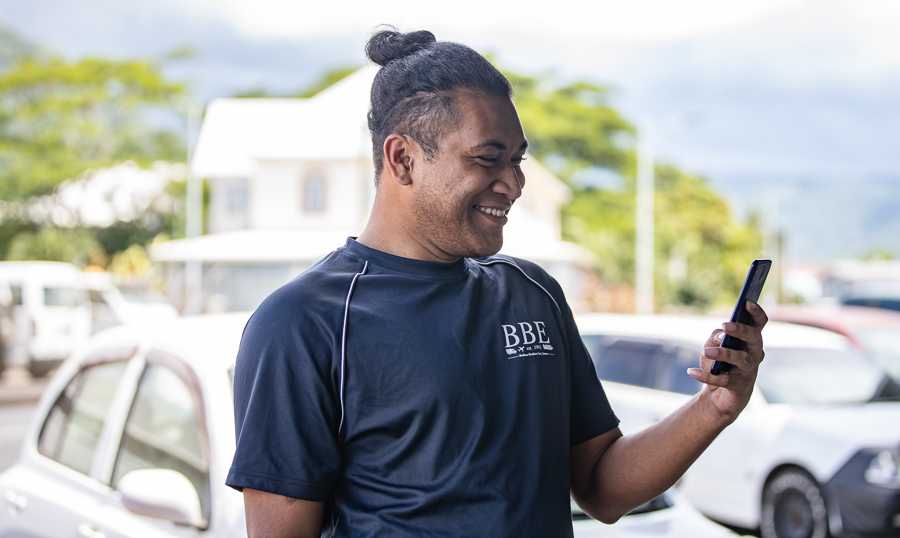 A local TikTok user, 26-year-old Solomona Lio of Vaimoso – who is also known by his TikTok online profile @mon_ah – gave details of his obsession with the platform.

Mr. Lio set up his account a month ago and has already amassed 2,624 followers, of course, with the help of his friends, who share his content on various social media platforms.

“I just started TikTok about a month ago. I disliked it at first and I found it very annoying. But when I started watching more of it, I noticed that it was fun and it became very enjoyable,” he said.

When asked by Samoa Observer where he gets his ideas to create a TikTok video, he said: “I always get good ideas for a video when I come to the office, because when I’m bored I always think of something to do and there I try to make my video original.”

Mr. Lio spends about $5 credit a day on data plans in order to use the app, not only to make videos but also to watch other users’ videos.

He loves his followers, even more so when he sees other users checking his profile, though his videos are mainly comedy to keep his followers entertained as well as to woo more followers.

“I spend more than $5 credit a day for data plans for TikTok and my data plans always run out fast. I also love it when my followers like what I post,” he said.

Mr. Lio added that becoming a TikTok user has made him famous locally and he has come across awkward situations, where people would point him out as a TikTok user when he goes out of the office for lunch.

“I went to buy lunch and the cashier girl told me...oh you’re on TikTok,” he said.

But his ultimate goal on the app is to learn everything about it and obtain more followers and likes. 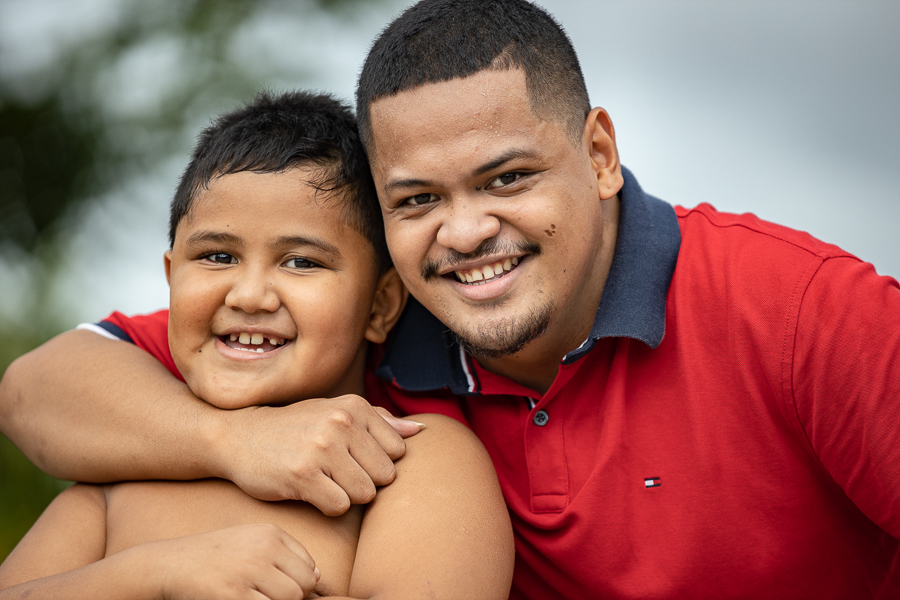 Another famous local TikTok influencer, who has a whopping 26,000 followers, is 21-year-old Al Chu Ling of Nuu Fou, who currently studies at the National University of Samoa (N.U.S.).

He started using TikTok as "a joke", but has now made it a platform for his talents in singing, stand up comedy and acting and is determined to use it to share positive vibes with people who come across his profile.

Mr Chu Ling discovered the app through his brother, Jotham, who showed him TikTok videos. It was at that moment when he got the idea to start making TikTok videos.

This was back in December 2019 and it only took him four months to acquire a huge following.

“I use TikTok for both myself and my followers. I am just a fob living my everyday life in Samoa, and seeing people react to it is very satisfying,” he added.

He supports and follows other local TikTok users as well as overseas users such as Kiwi Comedian Jimi Jackson, as they post related content that woos people.

Although TikTok is an entertainment platform, it has a darker side to it, according to Mr Chu Ling.

“It’s a great platform for showing our youth and Samoan talent. However, there are some explicit videos posted when there are some young users too,” he said.

According to Mr Chu Ling, the app can also be addictive and time consuming.

“I spend hours at night watching TikTok videos. I don’t have a problem but it’s very addictive. I usually do 50 takes before getting the perfect video but that’s for skits. For dance videos, it’s usually one video because I’m a natural.”

However, his first video which featured him dancing to the Fijian song “Raude by Black Rose” was reported.

Through TikTok, Mr Chu Ling was offered paid promotion work by restaurants and shops, who wanted to work with him. He has so far done seven gigs from businesses.

“I’ve gotten a few calls from people who want to work with me. I got a gig from Rosy’s Burger through TikTok. The manager watched my videos and gave me a call on Instagram, and asked if I could work with them to promote their burgers, because they thought I was a well-known guy,” he added.

Ultimately, Mr Chu Ling’s main goal on TikTok is to empower the youth and spread positivity.

“I aim to empower the youth and spread positive energy so that people will lose their hatred. I’m trying to show people to do their own thing and not worry about what other people say, do what makes you happy.”