A taxi driver is in critical condition at the Tupua Tamasese Meaole National Hospital after he crashed his car into an electricity pole next to the Maagiagi cemetery Sunday afternoon.

The driver was identified as Tili Salema by colleague driver Leota Akali, who he works with at the Samoa Lager Taxi Stand.

Mr Akali said he saw his colleague driving at high speed before the crash, which led to him sustaining serious injuries to both of his legs. 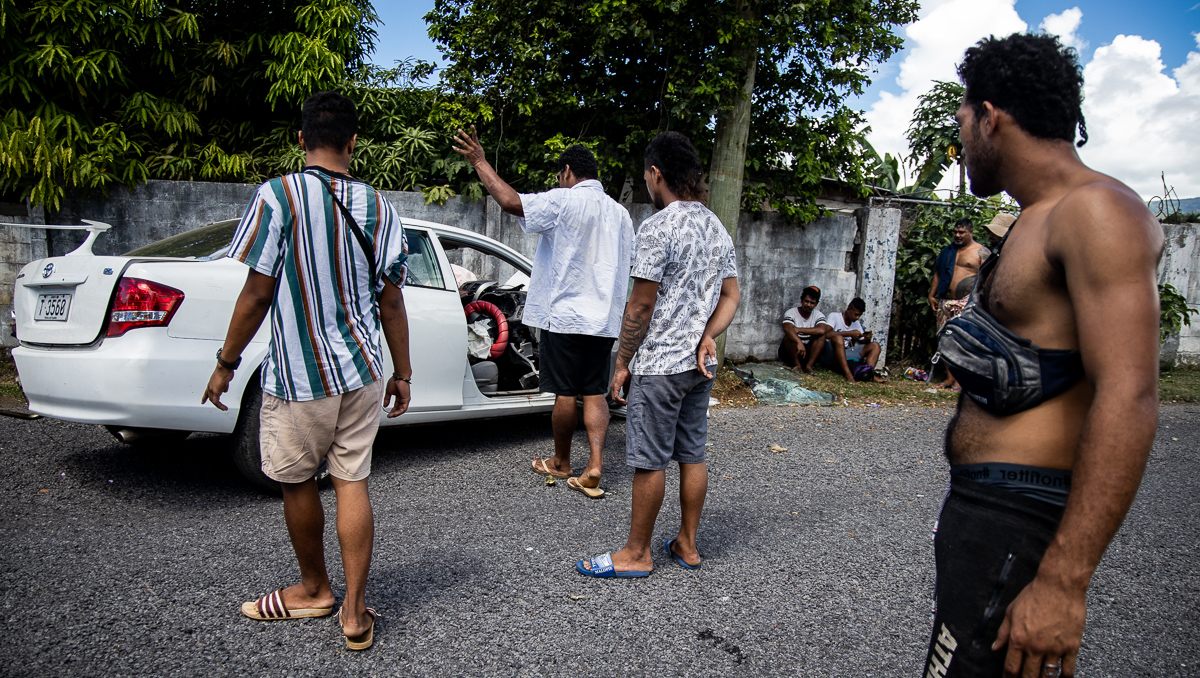 "I saw Salema's vehicle driving from Leone at a very high speed, he was brought to the hospital with both of his legs severely injured and fortunately, it was mostly his legs that were injured," he said.

Eyewitnesses, who were at the scene of the crash, told Samoa Observer that Mr Salema was driving from Faatoia towards Maagiagi when he crashed into the electricity pole.

The impact of the crash could be seen from the damage that the vehicle sustained with its radiator and engine pushed in with the bonnet forced upwards. The car’s windscreen was also smashed upon impact with blood stains on the driver’s seat and wheel.

Mr Salema's brother-in-law, who did not want to be identified, said his inlaw initially wanted his young son to accompany him but thankfully the mother disagreed. 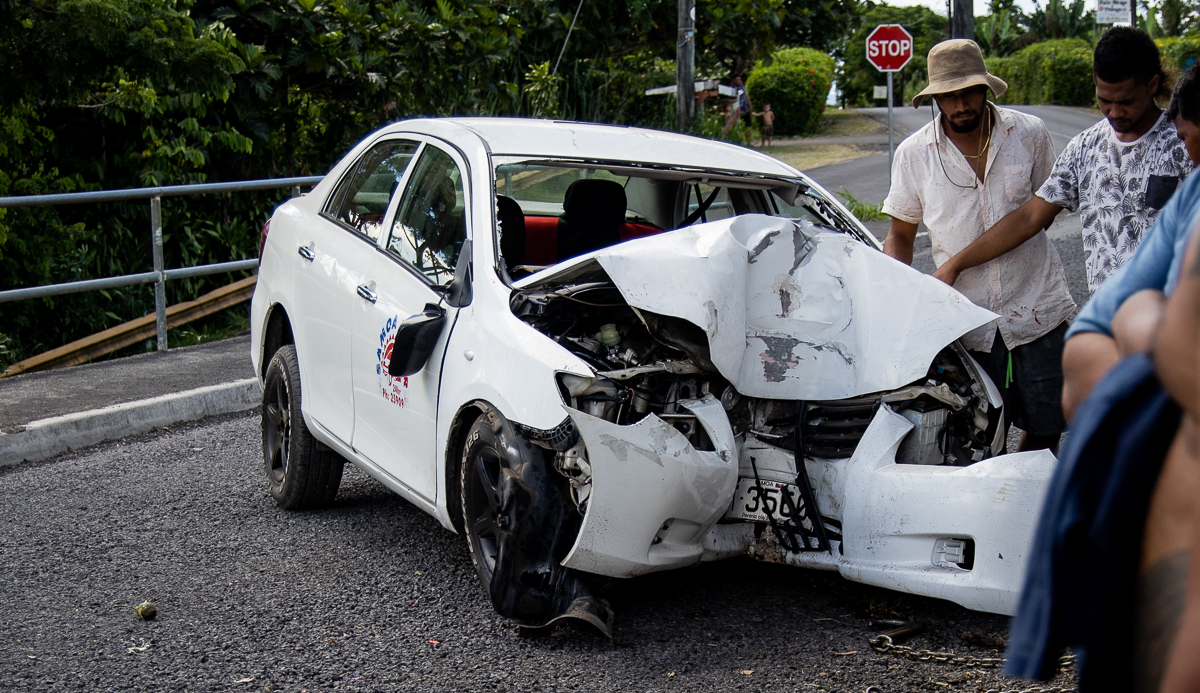 "We live together in Leone and he almost brought his young son with him. Luckily, his wife told him to leave their son at home, because she didn't know where he was headed to," he said.

Another eyewitness, who was sitting under a tamaligi tree on the hill beside the cemetery and saw the crash, said the driver’s injuries could have been worse if the car had flipped over.

"Lucky the car didn't flip, his legs would've been less harmed if the car was to flip but because it was too fast, it just hit the pole, the back turned facing upwards and fell down," he said.

The owner of the damaged taxi, Nio Siaki, said he was called when the taxi crashed at  Maagiagi and indicated that his driver was intoxicated when he last reported to base. 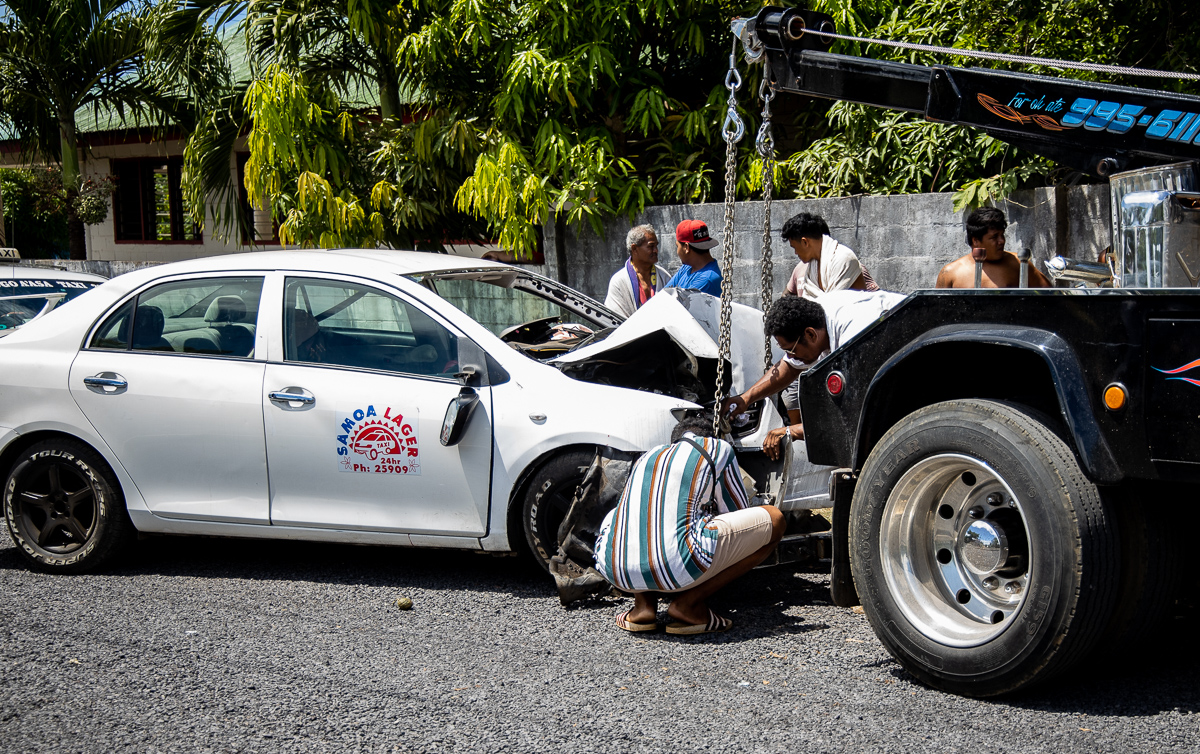 "He came over to drop off his takings and he was really drunk, so I asked him to take the car home and stay home, because he cannot drive passengers in his condition. But I was surprised when I received the phone call that his car had crashed," he said.

Mr Siaki said he became emotional when he arrived at the scene of the crash and saw his driver still seated in the driver’s seat.

"I got here and I saw his head lying on the driving wheel and his face was all covered with blood. He bumped his face on the dashboard of the car, as you can see that there are blood stains on the airbags,” he said.

“He hit his face on the airbag and his face also hit the windshield when he crashed into the electricity pole.”

Attempts by the Samoa Observer to get a comment from Police officers who were at the crash scene were unsuccessful, as they said they were not authorised to speak to the media.

More than thirty people in Samoa who live with visual impairments depend upon a distinctive white cane to navigate around their homes and public places.