An elderly woman in her 70s is the first person to have died in New Zealand from the coronavirus, authorities confirmed on Sunday.

The N.Z. Prime Minister, Jacinda Ardern, was also present at the media conference.

Dr. Bloomfield said the woman in her 70s from the West Coast region had underlying health issues.

“The death is a woman in her 70s who was initially admitted for what was thought to be influenza complicated by underlying chronic condition,” he said.

He pointed out that COVID-19 can be deadly to older people especially those with underlying pre-existing health conditions.

Following the confirmation of the elderly woman being tested positive with COVID-19, Dr. Bloomfield said staff have also been placed in quarantine.

“As the result of the initial diagnosis of influenza in this person and the subsequent confirmation of COVID-19 days later there was a period when staff treating the woman were using protective equipment suitable for influenza but not COVID-19,” he explained.

“Once diagnosis was confirmed staff undertook protective measures to protect themselves and other patients as a precautionary approach...”

The N.Z. Health Director said 21 District Health staff who treated the woman when her diagnosis was thought to be influenza have been placed on self-isolation.

The 14 days' quarantine starts from the last day the health workers had contact with the deceased.

He said the woman was in hospital for two to three days before she had tested for COVID-19.

According to Dr. Bloomfield there was a possible link to overseas travel but that was still under investigation.

He said there were 63 new COVID-19 cases in New Zealand including 60 confirmed cases and 3 probable as of Sunday morning.

He added the latest figures brings the total number of cases in New Zealand to 514.

Prime Minister Ardern expressed her condolences to the affected family at this difficult time.

She said the death was the reason why the Government had put in place strict measures to stop the spread of the virus and going on a shutdown.

“Stay at home, break the chain and save lives.” 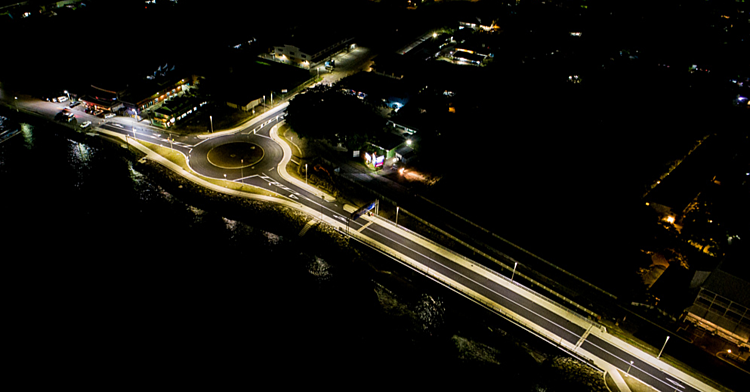