Owner and Chief Executive Officer, Lei'ataualesa Jerry Brunt, said no passengers who are currently in quarantine at The Orator were released.

"The number of passengers we've had since the beginning was 33 and we now have 36 quarantined passengers till today (Saturday) and that total is still quarantined at the hotel," he said.

"There were no quarantined passengers released from our hotel."

A social media post – which highlighted some conditions that the quarantined travellers had to adhere to – also included a notice that the unidentified post author said was from the Orator Hotel management.

The notice reads: "Please remember the swimming pool is not allowed to be used at all, should you fall inside you will be quarantined inside the pool, for the whole period you are at Orator for."

However, Lei'ataualesa indicated that the hotel management is only following the rules set by the Ministry of Health (M.O.H). 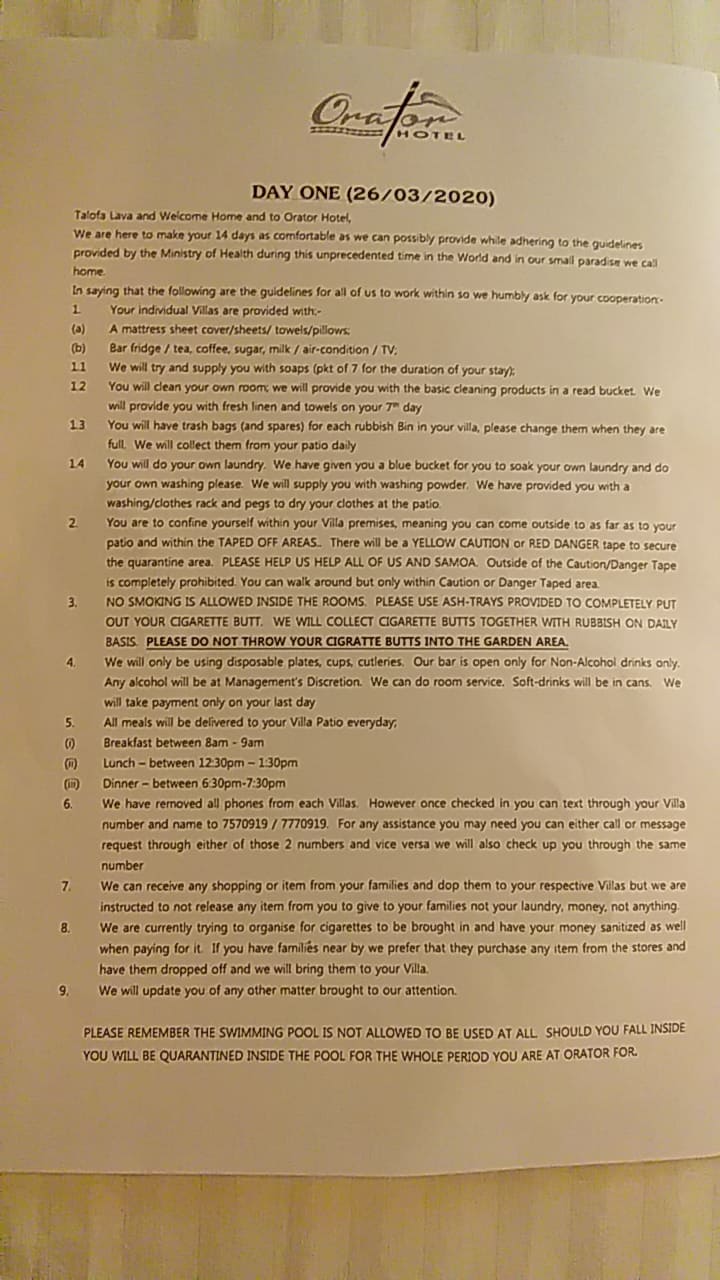 "That's the warning we give them because there is a tape to inform them. If they jump in the pool then we're not going to get them out, because they're here to quarantine because that will mean our water will be contaminated," he said.

"It's not even rude to tell them to take note of not jumping into the pool."

The hotel management last Thursday confirmed that they are supporting the Government’s efforts to address risks associated with COVID-19 and offered their premises to be used for quarantine purposes.
Lei'ataualesa told Samoa Observer that they did not have any in-house guests at that time and the decision to isolate passengers on their premises was not taken lightly.

“As of yesterday [Wednesday] we were in discussions [with Government officials] and it wasn’t an easy decision because we too have families and kids to think about,” he said. “In the end we came up with a solution that whoever from the staff that is willing to stay in the hotel for that period will have to remain here for that long."