THE ATEAM: Police Commissioner, Fuiavaili'ili Egon Keil is confident that taking over the Prison and Correctional Services will be challenging but having the ATEAM will make it much easier. (Photo: Vaitogi A. Matafeo)

A committee has been appointed to oversee the transition of the Prison and Correctional Services to the Ministry of Police with the Police Commissioner Fuiavaili’ili Egon Keil having oversight over both law enforcement agencies.

In an interview with the Samoa Observer following the press conference, the Commissioner said the M.O.P. and the Prison and Correctional Services are two separate entities.

“There is a lot of reform that needs to happen at prison and as you know the Government decided to bring the prison under one Commissioner," he said.

“I am surprised that Commissioner [S.P.S.C., Taitosaua Edward Winterstein] Taito has resigned and now that responsibility is on me to take over the prison and still remain here at the Police Services.”

Fuiavaili’ili said they will prioritise the completion of the high security fence around the $18.2 million Tanumalala Prison.

“That will be a top priority,” he said. 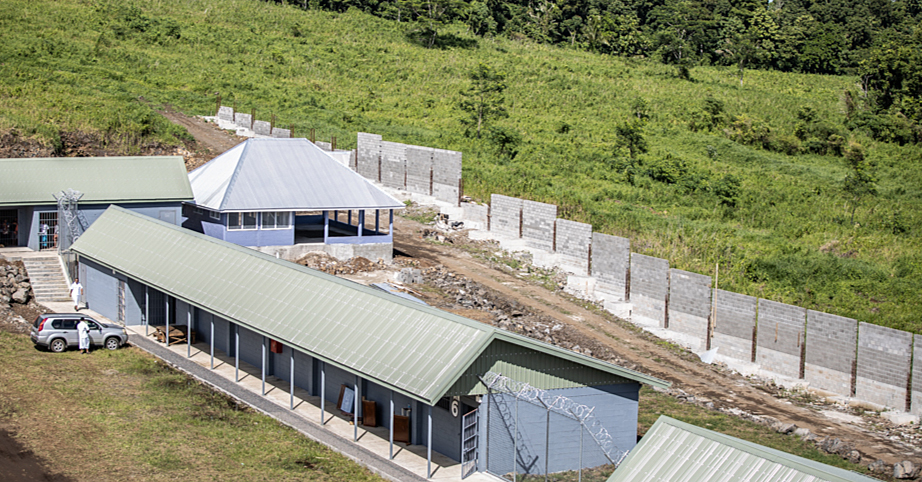 He then pointed out what he described as “simple mistakes at the prison" which he said can be remedied quickly.

“And one of them, quite obvious you cannot stick 50 or 60 people in one cell and expect seven guards to come in and manage that is common sense.

"What needs to be done is dividing that room into some controlled number and the top number should be 15 prisoners and no more than that.”

Fuiavaili’ili said the committee will do a review of the new prison's setup with a view to identifying the needs of the guards and what needs to be done.

He also admitted that the prison guards need to be trained and this will be highlighted in the review, which will be submitted to the Government for its consideration.

“They are under equipped; they don’t have batons, sprays, shields, tasers, and no protection gear, no P.P.E. (personal protection equipment) and understaffed," he added.

"This is a matter of National Security and I have always looked at it that way. We are inheriting the prisons with all of its problems and it is going to be tough one.”

Nevertheless, the Commissioner is optimistic that he’s got the A-Team to get the job in terms of securing the country's maximum prison facility.

“I know it can be done if you have good people on your team, that work hard, have good hearts and smart people it can be done. The [management] team we have now at the Ministry of Police is the best the Police ever had and together we can accomplish anything.”