The Catholic Church in Samoa will continue with its Sunday service but this time they will use its television station, Upu Mana TV4, to reach the homes of its faithful.

The head of the church in Samoa, Archbishop Alapati Lui Mataeliga, confirmed the new arrangement, after the church made headlines for continuing with their mass last Sunday despite the State of Emergency orders prohibiting.

Speaking on TV Upu Mana TV4 on Wednesday, the Archbishop said the church’s decision to hold the mass last Sunday was not a sign of “rebellion” against the Government-declared S.O.E.

"There are no cancellations of masses, however we will not have the usual way which was done in churches but this time it will be broadcast live on the Catholic media TV Upu Mana TV4," he said.

"We must work together and not be divided. The important thing for Samoa is our God which we are founded on.

"Hence why we speak up but we are not trying to be rebellion or go against the Government. Jesus' work is of peace and we won't back down, we will continue on preaching the word of the Lord because it is a must.”

TV Upu Mana TV4 General Manager, Father Lui Sanele, said the television station will live broadcast the mass during the week as well as on Sundays. 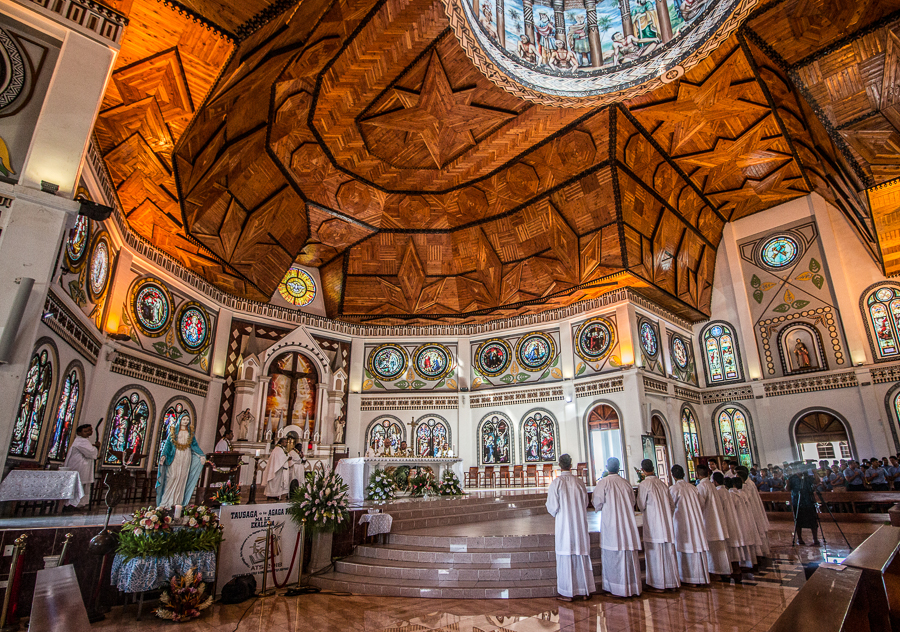 "The TV Upu Mana will be working closely with the Archbishop in broadcasting of the mass everyday and on Sundays. The mass times for the week are 6am, 12pm, 3pm and 6pm, these are the times that our masses will be broadcast and the Catholics can join these ceremonies from home," he said.

But if people want to receive the church’s sacrament of community, Fr. Lui said they should let their local priests know, who will then go to their homes and conduct the service but with conditions applied.

"We will give them communion with the conditions that only three members of the family are allowed inside the room or the place where this holy sacrament will be held," he added on TV Upu Mana TV4.

Fr. Lui added that the declaration of the SOE prohibiting mass gatherings is understandable and the solution for the church now is to use television in order to reach out to the church faithful.

"The prevention measures taken by the Government are understandable so the Catholic Church has decided to broadcast their mass, and its people will participate from their homes,” he said. “We cannot stop our mass because one of the six precepts of the Catholic church is to attend mass on Sundays and holy days of obligation and rest from servile labour.”