The wait for a taxi or a private vehicle can be tough for villagers. (Photo: Vaitogi A Matafeo)

Catching a cab home after work is not an option for a lot of workers, who have to rely on taxis or private vehicles over the 14-days of the state of emergency (S.O.E.).

Aleluia Hakai of Leauvaa, who works as a caretaker for the Stowers in Vaitele-Uta, told Samoa Observer that it is too expensive for the average worker to rely on taxis.

He said with the high cost of living, adding daily taxi fares to their expenses could see them having no savings for family-essentials.

"Hitching a ride doesn't cost anything but if we take a cab it'll cost us more, and we don't earn much at our work. The cost of living is very expensive and if the taxi fare is added to our expenses then we won't have much saved for our survival," he said.

Mr Hakai said he normally uses the public bus to go to work but since the declaration of the state of emergency (S.O.E.) last Friday evening, he had to consider other options as using taxis is not affordable.

"I catch the bus home everyday, and the taxi costs triple the amount the bus charges. It is just expensive for me, especially if I'm trying to make a living to take care of my family," he added. 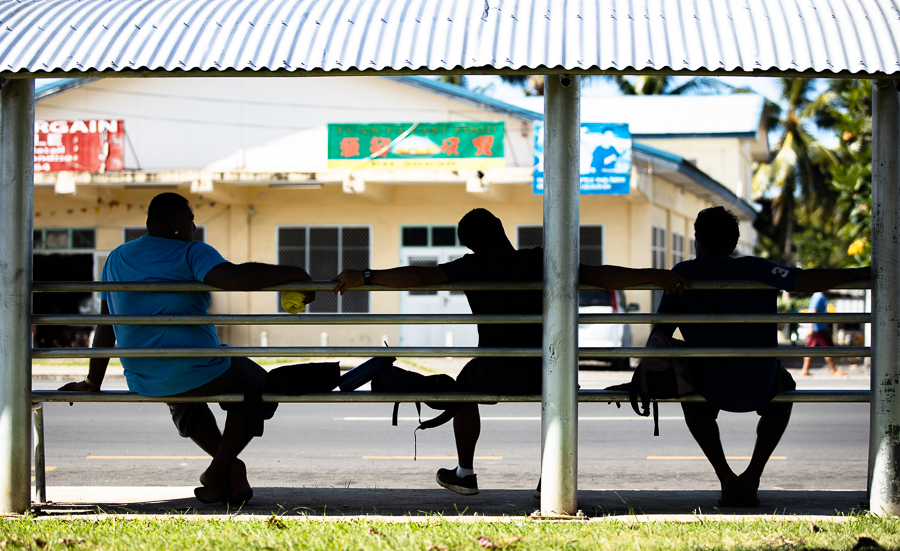 There were a few people at the bus stop in front of the Farmer Joe supermarket at Vaitele on Tuesday, who were trying to hitch a ride home instead of catching a cab, and had waited for over an hour as no one offered to give them a lift.

Mr Hakai then told of the difficulties that they face every working day, trying to flag down a vehicle to assist them get to work or after work.

"This is our way of finding transportation home, we cannot use taxis but it is a must for us to come to work in order to earn money to take care of our families needs," he said. "We tried to wave to a few cars but they just went past us. The two weeks in which the state of emergency has been declared will have a great impact on us who use the bus services daily.”

Despite their transport difficulties, Mr Hakai said he understands that the S.O.E. was declared by the Government to protect Samoa from COVID-19.