The Archdiocese of Samoa held four Sunday services as normal on Sunday, despite the nation entering its second day of a two week state of emergency (S.O.E.) to reduce the risk of coronavirus (COVID-19) spreading.

At the Cathedral of the Immaculate Conception in Mulivai on Sunday afternoon, over 100 faithful were spread out around the church hall listening to Archbishop Alapati Lui Mataeliga give his sermon.

In his sermon, Alapati told the congregation that daily services would not be going ahead as per the state of emergency orders declared on Friday.

But on Saturday, he was urging Government to make an exception to the ban on public gatherings for church. 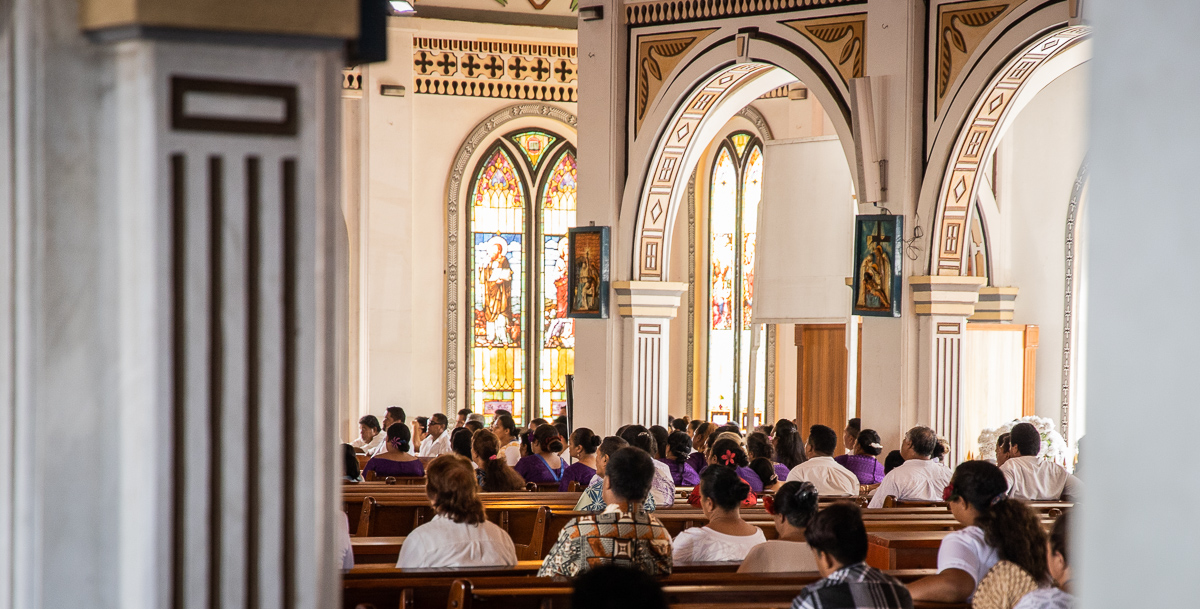 “The Eucharist is our source of life, it is the summit of our faith,” Father Muliau Stowers said on behalf of the Archbishop.

“Today was sad, watching police come over to Church and trying to stop people from praying, especially celebrating mass. It’s not a very nice scene for us Catholics.”

Samoa's border has been all but closed except for two flights a week between Auckland and Apia for Samoan citizens and residents only, who have been tested for the virus, to prevent contagion from abroad.

On Friday evening, Prime Minister Tuilaepa Dr. Sailele Malielegaoi announced the nation would enter a two week state of emergency, which meant a ban on public gatherings of more than five people, including church services.

The move inspired Archbishop Alapati to plead with Government to exclude Sundays from the ban, and he encouraged the congregation to attend church on Sunday regardless.

Mr. Stowers said he and his fellow clergy back their Archbishop.

“Last night, His Grace was urging people to celebrate mass so we go with it, whether we will be judged or put into prison for it, let it be. On the day of our ordinations we make our vows of obedience, so in obedience, we abide by the Bishop, whatever decision he makes.”

“His Grace was urging people to stay home and asking them not to give up hope, and to continue praying although they won’t get the Eucharist as usual, they will receive communion by desire, in their longing for it,” he said.

It was the church’s hope that Tuilaepa would allow church gatherings to proceed throughout the state of emergency, which is why the congregation was not told services would be cancelled on Sundays at least.

The clergy let its congregation decide whether to join mass or not in accordance with the emergency orders, and the fact that the hall was not full showed Mr. Stowers that many people chose to remain home. 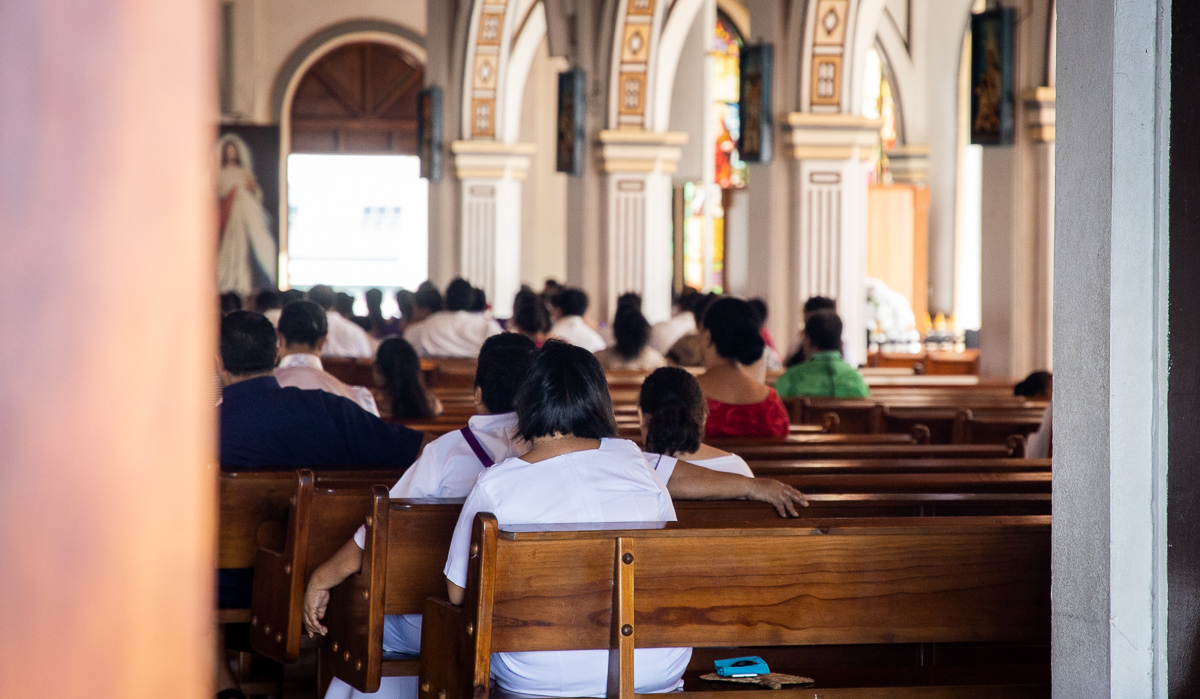 He said Alapati was deeply saddened by the prohibition on mass, but to honour the Government’s decision he urged the crowd of nearly 100 people to stay home during the two week shutdown instead of come to church.

Mr. Stowers said the large number of people that came for Sunday mass despite the emergency orders reflects how strongly people feel about their faith.

“We were hoping they will listen to the side of the leaders of the churches as well […] we were planning to have mass as usual,” he said

“It’s not surprising when we see people coming out, our faith tells us we have to go to receive Christ on Sundays and days of obligations. What can we do when people come out to show their longing for receiving their communion?

“It’s a bit hard for us when the Government says not to come to church, especially on Sunday which is day of obligation for us.”

During the two week national shutdown, the church will screen mass five times a day on television, and cease hosting mass in person.