Sione Ropeti has been jailed for using a fake passport to leave the country (Photo: Vaitogi Asuisui Matafeo)

A man, who left the country for Australia using the identity of his brother, has been sentenced to two years imprisonment.

Judge Alalatoa in her decision concluded that a custodial sentence of 12 months was not enough considering the gravity of the offending.

She said the offending from the accused has tainted the reputation of the Immigration department.

The case is the first of its nature heard in the Court.

"[But] identity fraud and theft is common worldwide," she said.

"In recent years with the global advent of digital age and availability of the internet, online identity fraud and theft have become more predominant.

"But your offending is a classic example of a traditional form of identity theft if one is to compare it to electronic synthetic identity fraud."

Judge Alalatoa said there was nothing sophisticated at all about Sione's criminal conduct.

She said the fact, however, that he managed to get away with it is of grave concern. 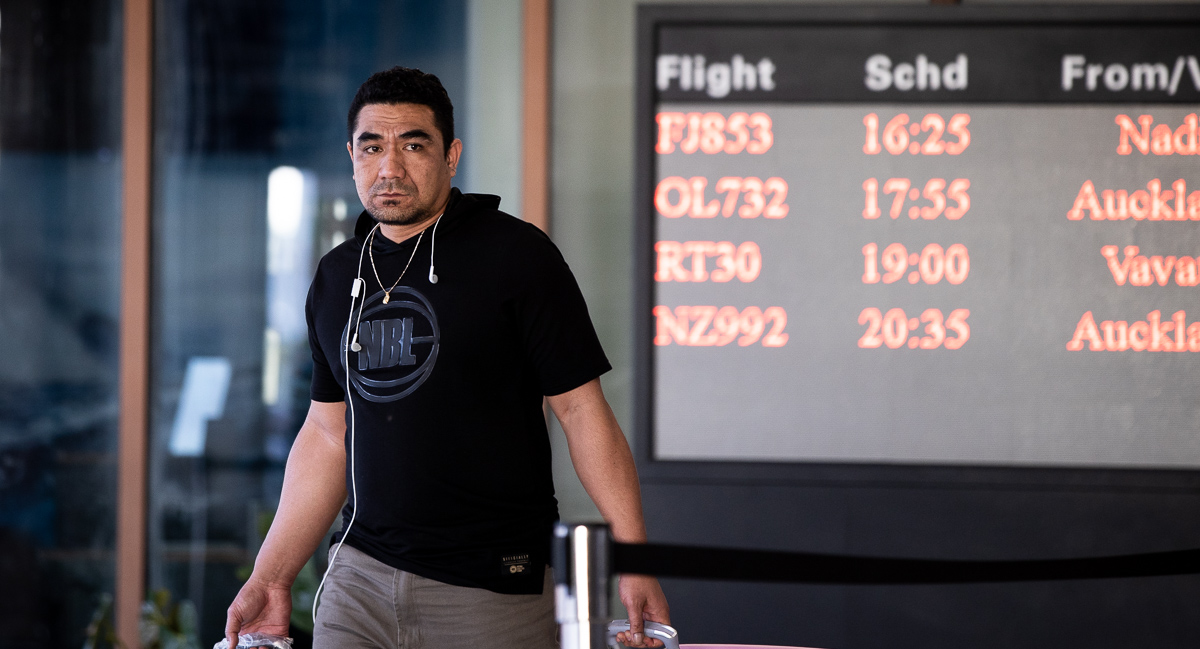 The accused had been leaving the country since 2008 for Australia for seasonal workers scheme using his true identity and passport.

However, it was in 2016 when he was the subject of a complaint lodged by his spouse in the maintenance Court that led to a Departure Prohibition Order being issued to prohibit him from leaving.

He was instructed by the Maintenance Court at the time to make payments for his three children and spouse.

The defendant was arrested in September 2016 and was held in custody for failing to comply with the payment conditions ordered by the Maintenance Court.

According to a summary of facts, in February 2017 the defendant attempted to leave the country for Australia for seasonal work.

He was stopped at the airport and was prohibited from leaving due to the D.P.O.

Some time in April 2017, the accused obtained a copy of his brother’s birth certificate from the Registrar of Births, Deaths and Marriages.

The defendant had obtained the birth certificate for the purpose of obtaining a new passport under a different identity so he can travel to Australia.

For the charge of dishonestly taking or using document, in June 2017 the accused applied for a new passport with the Ministry of the Prime Minister and Cabinet using his brother’s birth certificate.

He was issued with a new passport on June 2017 based on the birth certificate information of his brother, Ioane Masoe Felise.

He later left on the same month for Australia using the new passport containing his brother’s identity.
The Court heard that on 10 April 2018, M.P.M.C. filed a request to the Australian Immigration Authority for removal of the defendant from Australia as he had entered that country under a different identity.

This information was known to M.P.M.C. Immigration department when the defendant spouse questioned how he was able to travel to Australia when there was a prohibition order against him.

It wasn’t until September 2019 when the accused was deported back to Samoa and charged.

"Your wife had filed proceedings in the Family Court after she found out you had embarked on an affair with a woman in Australia whilst there for seasonal work," Judge Alalatoa said.

"Instead of complying with firstly the order for the payment of maintenance and secondly the DPO, you deliberately colluded and plotted how to flee the country and all your responsibilities so you may return to Australia to be with the other woman in your life.

"You knew that the only means you could leave this country is if you create a new ID after all you cannot swim all the way to Australia.

"You went through great length to execute your plan to perfection."

Your subterfuge worked, she added.

Furthermore, the Judge said as soon as Sione identified the victim of his dubious actions being his brother he then proceeded to obtain the birth certificate intended to apply for a passport.

"I would say that by this stage you already knew that a passport had not been previously issued to your brother," said the Judge.

For the certification of his identification section on the application form, Sione filled in as certifier the name of Neru Soli of Saleaumua, said to be an elderly pastor of the Church of Christ in Nu’uuli American Samoa.

The pastor claims to have known you for 9 years and allegedly certified two passport photos attached to the application form.

Sione lodged the form with the Samoa Immigration Division within the MPMC.

"In reliance on the truthfulness and authenticity of the information you submitted, MPMC issued the new passport number T441308 under the name of your brother, Ioane Masoe Felise," said Judge Alalatoa.   "All of this would have cost you money and I suspect someone fund it," she said.

"At the airport you were able to waltz past firstly check in, then immigration without a hitch.

"I am amazed you were even able to do this as I am a frequent traveller and one of the due diligence steps check in staff and immigration perform is to double check that the identity of the person checking in matches the one shown on the passport. "So you must have felt a great sense of relief when you boarded the plane thinking you were on your way to freedom."

He was subsequently detained in Australia, later deported.

In considering the evidence, Judge Alalatoa said Sione's offending was by no means a spontaneous one.

"It was calculated," she said.

"You had a dream and you thought hard about how to make it a reality," she said.

"You executed it with precision and to perfection.

"Your offending however, has had a continuous impact on the victim M.P.M.C. and in particular the Samoa Immigration Division.

"The harm to the victim, State and community is significant and irreparable.

"It is no secret Samoa Immigration Division was exposed to heavy scrutiny and criticism due to cases of this nature.

"Members of the public questioned how people like you managed to evade our border control with a D.P.O. in place."

She added: "the stability and security of our border management system understandably came under attack.

"It is inevitable that the reputation of the Immigration division locally and internationally would have been tarnished as a consequence of your offending.

"The ranking of the value of our passport would have been affected as well."

According to Samoa Immigration, Sione's offending resulted in reform and complete overhaul of their due diligence division.

This required the employment of additional staff to man it which proved costly. "It is a costs borne by the public and tax payers," said Judge Alalatoa.

"You do not contribute at all to that expense.

"I consider your degree of culpability do be on the high end of the spectrum and therefore the gravity of the offending is significant."

She said for someone who was raised in a close knit family and community at Foaluga Savaii, "I am sure your parents taught you well".

"You openly professed your love for your parents.

"I am surprised that you did not once consider the stigma and communal shaming your actions would have brought upon your parents, family, church and community.

"I am sure your parents must be suffering from your shameful conduct."

She deducted time for his prior good character, guilty plea and remorse also time in custody.

Sione was sentenced to 2 years in prison.