Falaniga Falaniko says she is happy Joe Matamata has been found guilty. (Photo: Vaitogi A. Matafeo)

Two Samoan women, who testified in Court against a New Zealand-based Samoan man accused of slavery and human trafficking, are thankful he has been found guilty.

Joseph Auga Matamata was found guilty of 23 charges on Tuesday relating to people trafficking and dealing in slaves with the alleged offenses occurring between 1994 and 2019 and involved 13 victims.

Speaking to the Samoa Observer, Falaniga Falaniko, who was one of the 13 victims, said she was taken by the accused with her younger brother, Tala, when she was 15-years-old.

"Joseph came to see our parents in 1993, and told them they will take us to New Zealand to continue our education and they even promised that to our parents," she said.

"However, when we got to New Zealand in 1994, that was not the case. I stayed home to babysit his four children and my brother had to work as a seasonal worker picking apples," she said.

Mrs. Falaniko was attending Leifiifi College at the time, while his brother was at the Saint Peter's Primary School in Falefa.

It was after their relocation to New Zealand when the abuse started, according to the woman.

She became emotional when she recalled the time she and her brother spent with the accused.

"We were completely prisoners of our uncle (Mr. Matamata). I ran away from his place and went to my other relatives in Napier. However, my uncle still found me, he tied me up with a rope and dragged me until we reached his home in Napier. Everyday he would abuse us either emotionally or physically," she added.

"That same night he dragged me to his home, I ran away again and finally had the chance to leave New Zealand and come back to Samoa. I recalled filing a complaint in 1995 but nothing came out of it, so when I heard that he was found guilty I felt happy because finally our prayers have been answered.” 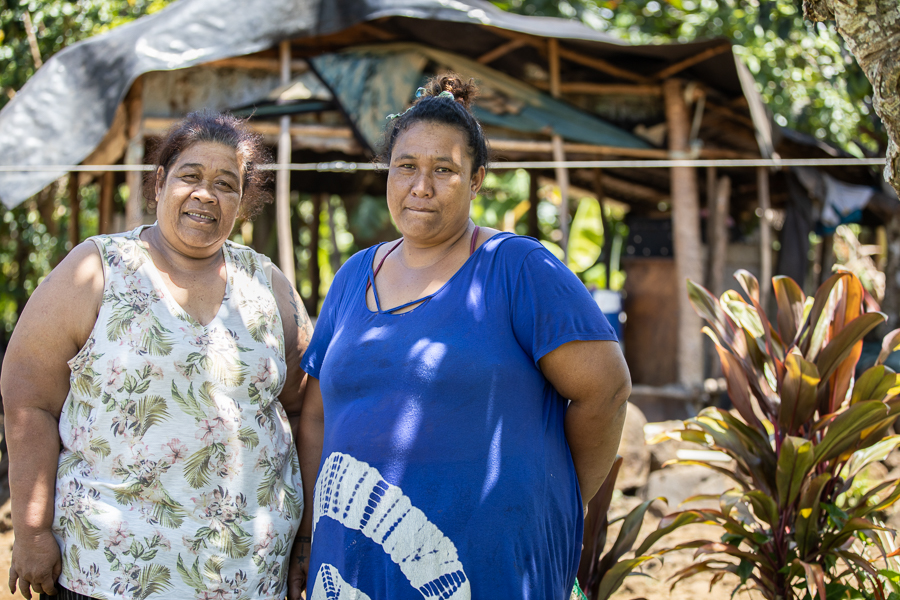 Susana Lotolau – a relative to Mrs. Falaniko and her brother Tala, who was also a witness during the trial in New Zealand – said she often visited the two siblings when they were living with the accused and noticed that things were not right.

"I saw how this man abused my niece and nephew, because he is from their mother's side," she said.

"I visited them one time, and we didn't even spend time together with my niece and nephew. They didn't even come and greet me with a ‘hi aunty or hello how are you’. That was when it crossed my mind that something was up so when we said our goodbyes at the airport they were in tears.”

Mrs. Lotolau claimed that she saw instances of the accused abusing children during community activities in New Zealand.

"One time I was with him and the community was having cricket. If he doesn't like how a person plays he would go up to that person and beat him up with the cricket bat. That's how cruel this man is," she said.

The decision by the New Zealand High Court on Tuesday to find him guilty of 23 charges has become a watershed moment for Mrs. Lotolau.

"All thanks and glory to God for answering our prayers, he's been doing this dirty work for more than 15 years and he is the only one benefiting from the hard work and sweat of the people whom he enslaved," she said.

"His family has big houses and changes vehicles here and then, but my niece and nephew never got a single cent from the time they were with him.”

As for Mrs Falaniko, she lamented the lost opportunity, following years of service working for the accused to only end up with nothing.

"We were abused, we tried to endure everything because of our parents. However, our sacrifice was wasted because my parents did not receive any money from our hard labor. It was Joseph that benefited from me and my brother," she added.

In a parting advice to Samoan parents, Mrs Lotolau said the trial and the guilty verdict of the Court should serve as a warning, to ensure their children are protected from people who can abuse them.

Joseph Auga Matamata has been remanded in custody and will be sentenced in May.