The members of the Satapuala Methodist Church held a feast at their hall on Sunday which focused on the essence of traditional Samoan food and style.

A member of the Satapuala Methodist Church, Vaivase Livigisitone, told Samoa Observer that it was not unusual for them to hold such a gathering with a special focus on the Samoan umu.

“Every Sunday, we’re used to thinking that after church, we have to prepare the umu (traditional Samoan earth oven) which we do every morning and get ready for the to’ona’i,” he said.

Some families might chose to enjoy their Sunday lunch in restaurants or having modern food at home but for the Satapuala, the tradition method is the way to do it.

As a son of the pastor, Mr. Livigisitone wakes up before Sunday sunrise or on Saturdays with his brothers to trap live chickens in their backyards for the to’ona’i.

They soak the chickens in water after defeathering and soak them again with salt, onions and flour, and that’s one cook crossed from the list.

Because there’s more to prepare for the To’ona’I, Mr. Livigisitone’s sisters cook delicious cooks like chop-suey, soup with vegetables for food balance and so forth.

The same works for the church goers and how they practice their to’ona’i is traditionally impressive. 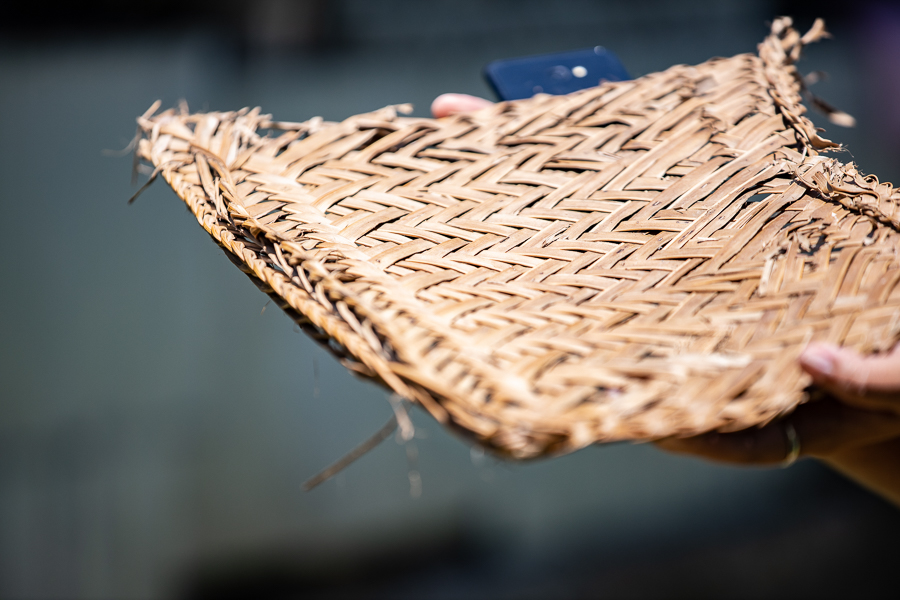 For other families, one or two traditional food are expected of them to bring and the rest can be either a corned beef or full cook like chaomein and soup.

According to the Church Minister, Livigisitone Peseta, it is important to keep these traditions and instil them in the lives of the youth.

And it comes with the food as well. Having traditional meals is always favoured by the elders and is believed to be healthier than modernized food.

If a big fish is cooked for the to’ona’I, they dry cook them and weave them with coconut leaves so they can serve them on the weaved trays.

This to’ona’i tradition is mostly done to the church minister and his wife and elders of the church or to’ona’I attendees.

Satapuala hopes to keep maintaining their traditional feasts for a long period of generations.