Samoa A winless at Pacific Challenge after loss to Tonga

Samoa A have finished their World Rugby Pacific Challenge campaign in last with no wins after a 36-10 loss to Tonga A at ANZ Stadium in Fiji on Saturday.

Both sides entered the match winless through their first two games and were keen to throw the ball around in attack.

Tonga opened the scoring through a try to number eight Petelo Pouhila in just the third minute, before Samoa A first five Philippe Toelupe answered with a penalty.

He had the chance to give Samoa the lead too, but missed another shot at goal in the 17th minute to leave the scores at 5-3.

Tonga had the better of the game on attack, and furthered their lead after a bad error from Samoa A in clearing their lines.

Halfback Des Sepulona gave the ball to lock Kirisimasi Tiumalu from a ruck five metres off their own goalline, and Tiumalu’s forced clearing kick was charged down for Petelo Pouhila to score an easy second try in the 20th minute.

Blindside flanker Finepolo Maafu scored a try before the half-hour mark, and Tonga carried a deserved 19-3 lead into the halftime break. 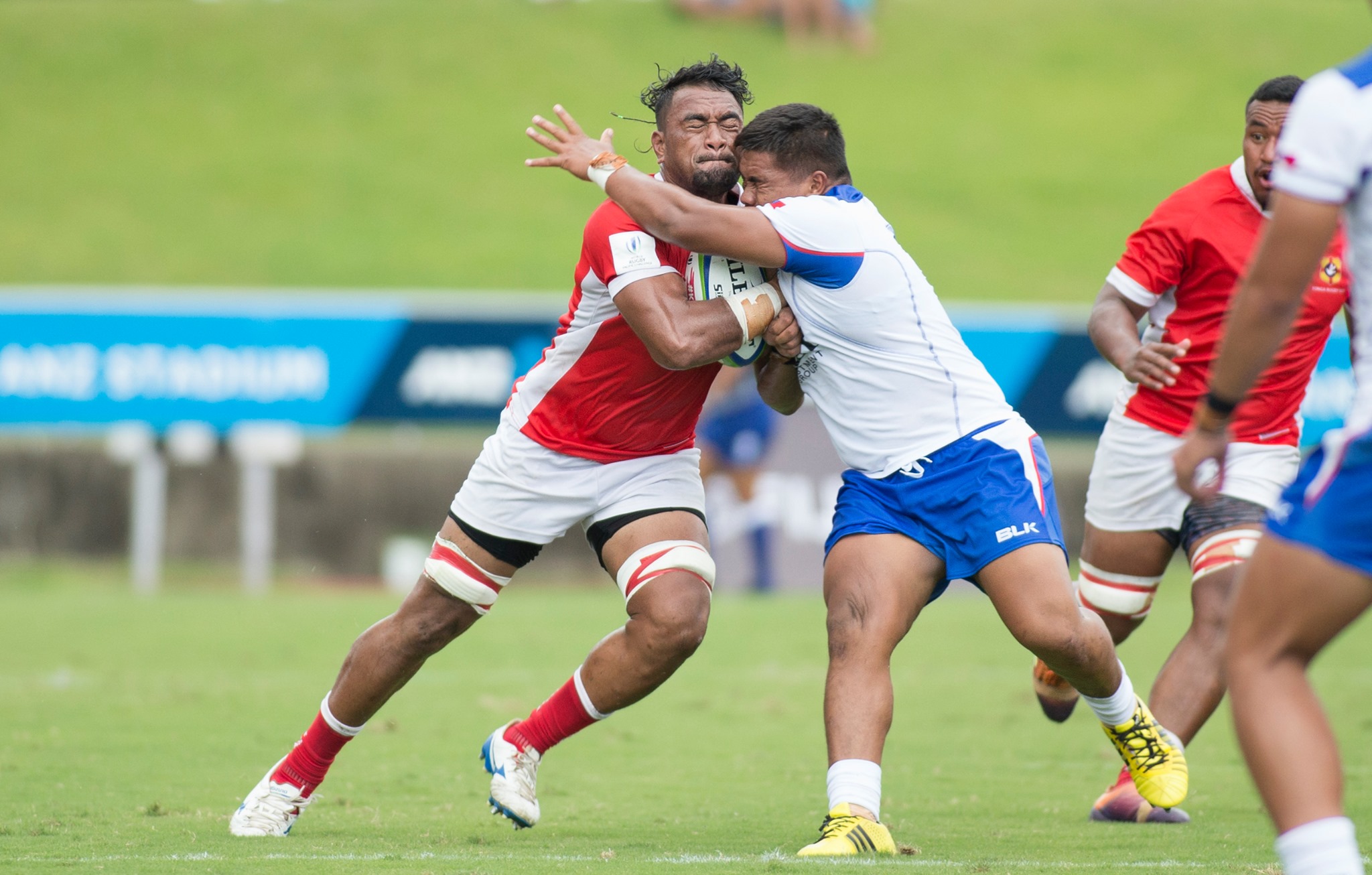 Stormy weather began to set in for the second period, as rain began to pour down on the ANZ Stadium pitch.

Petelo Pouhila completed his hattrick of tries before picking up a yellow card just shy of the hour mark.

Samoa finally got some prolonged attacking possession, and utilised their effective scrum to build pressure.

After a couple of penalties in a row, they were awarded a penalty try by the referee to make it 29-10, with Tonga also having another man sinbinned.

Encroaching lightning from the storm caused the officials to call play off for half an hour or so before the weather abated and the teams came back out to play the last 12 minutes of the match.

Tonga scored almost immediately, marching straight up the field for Villiami Makaafi to score out wide.

There was time for Saini Iese to pick up a yellow card for offside before the final whistle went.

Samoa A captain Joseph Faleafaga said they were expecting another tough game, and that’s what they got.

“Sadly we didn’t finish on a high note as we were planning to,” he said.

Faleafaga said the positives coming out of the game and the overall campaign are the positive lessons learnt for a young team largely made up of Samoa Under-20 players:

“We’ll just try and develop as we move onto the future.”