Ladies Division winner Pepe McDermott came away with 60 points, despite tying with Leafa WHO. She won based on a countback. Both women are from Vaiotausala Golf School.

“It was my pleasure to support this initiative,” McDermott said. 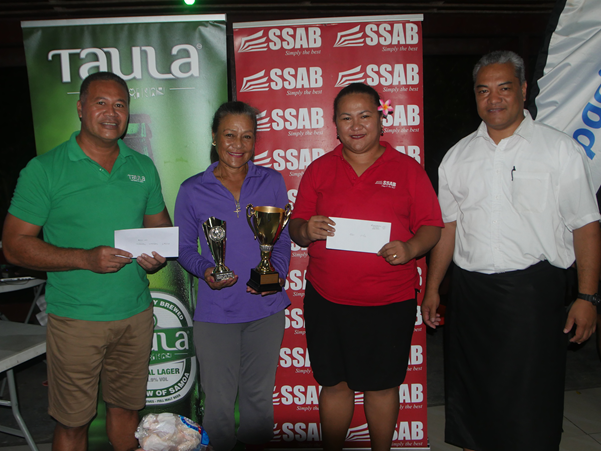 “Aside from the fantastic prizes every Thursday night, especially Taula and associate sponsors, I felt it was a great way to promote the sport of golf at all levels. As a new comer to golf, it allowed me to not only practise my golf but also to be in a competitive environment.”

Vaiotausala Golf School won the Club’s Division round, with 303 points to Marist BIG’s 294 points, overtaking the latter on the final day.

Fepuleai Falani Tupuola of Marist BIG won the Men’s Division with 66 points, a massive win considering he only played three of five weeks, having given up golf for Lent. 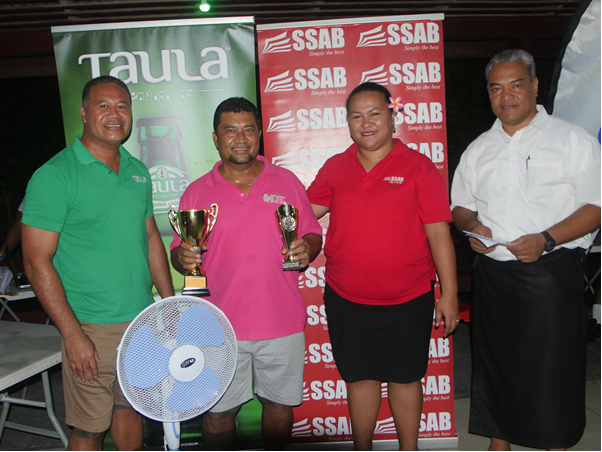 The Captain of Marist BIG, Paulo Stowers said it was a great season despite poor weather. All proceeds will further the club’s junior golf programme, he added.