Life goes on in Samamea village

It could be a case of out of sight out of mind for the village of Samamea on the north-east coast of Upolu.

It is located close to 40 km from Apia and is an hour’s drive, but for villagers Ryan Filino and Felise Tia, living further away from the Samoan capital has its challenges but they take it in their stride and get on with life.

Transport is a major hurdle for the villagers, according to Mr Filino, who told Samoa Observer that the journey to the nearest shop can take a while. 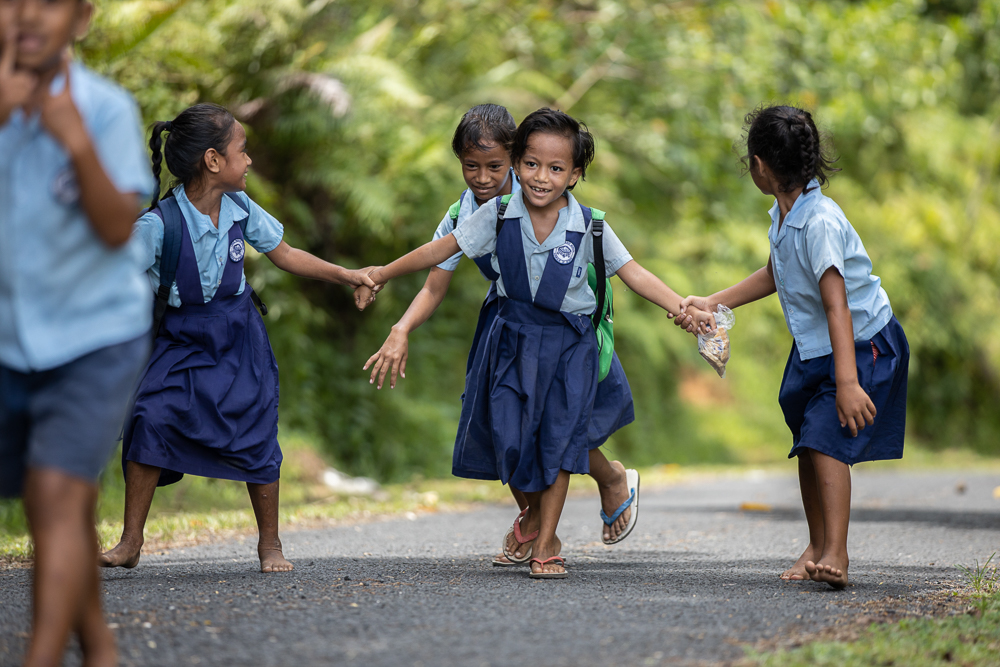 And often buses don’t get to their final destination due to the danger of driving on a narrow road on an elevated area.

"The nearest shop is quite the walking distance. In terms of transport, a bus doesn't go through Samamea, it stops at Fagaloa so if we want to take the bus we have to walk all the way to where the bus stops to get any transport,” he said.

“If the bus breaks down then that would be an issue to the kids because that is the only transport they have to the nearest school. The bus fare to Apia is $10 and that is a lot of money, considering the fact that we have to spend $20 in total for transport.” 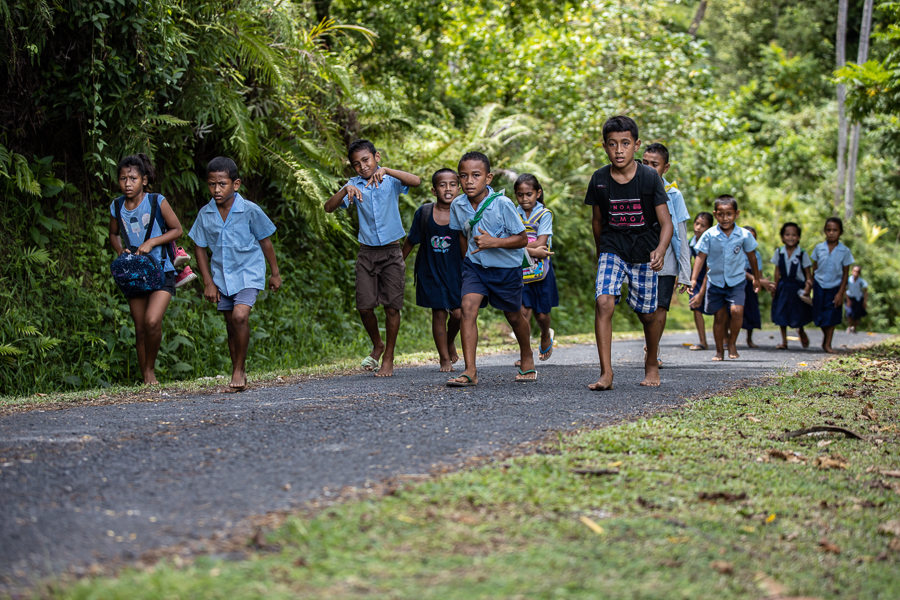 The main source of income for Samamea villagers comes from the land and sea and includes coconuts.

Due to the isolation of the village, they don’t get the radio or television signal, though mobile coverage in the area is good.

"Our village is very far and isolated from Apia so we wouldn't really know what happens in the country because television and radios don't work in our area. Luckily, the phone coverage in our village is good," he added. 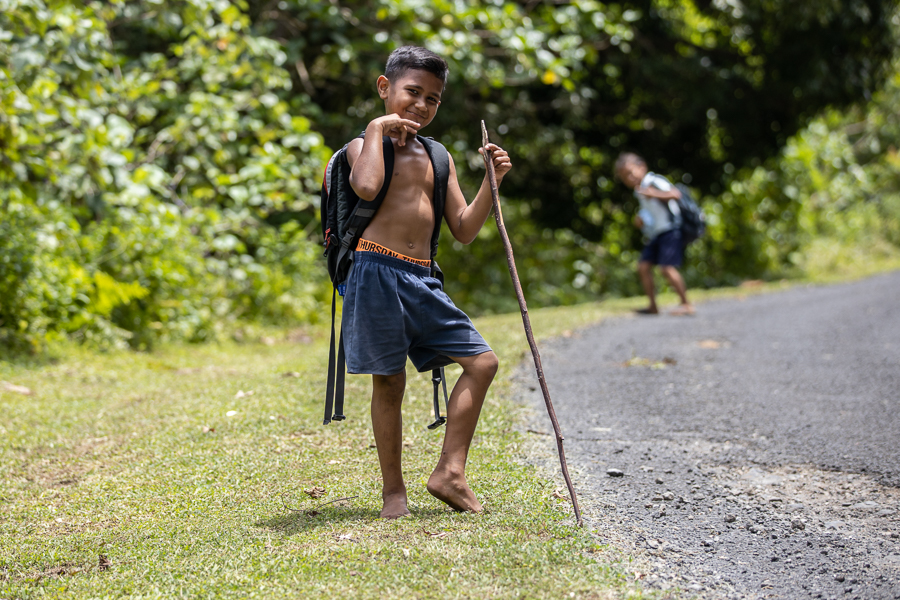 But there are some essential services that the villagers cannot do without, such as banking and money transfers, which Mr Filino agreed can only be accessed in Apia.

"Whenever we want to visit the bank or need to do any shopping for occasions, we always have to go to Apia which will also cost us a lot on transport. If there was an ATM or money transfer near our area then that would be a huge help and it would save us a lot of money," he said. "If we go to Apia by car then lots of money will be spent on gas and the price of diesel and petrol is expensive now. The bus fare would cost us a lot too." 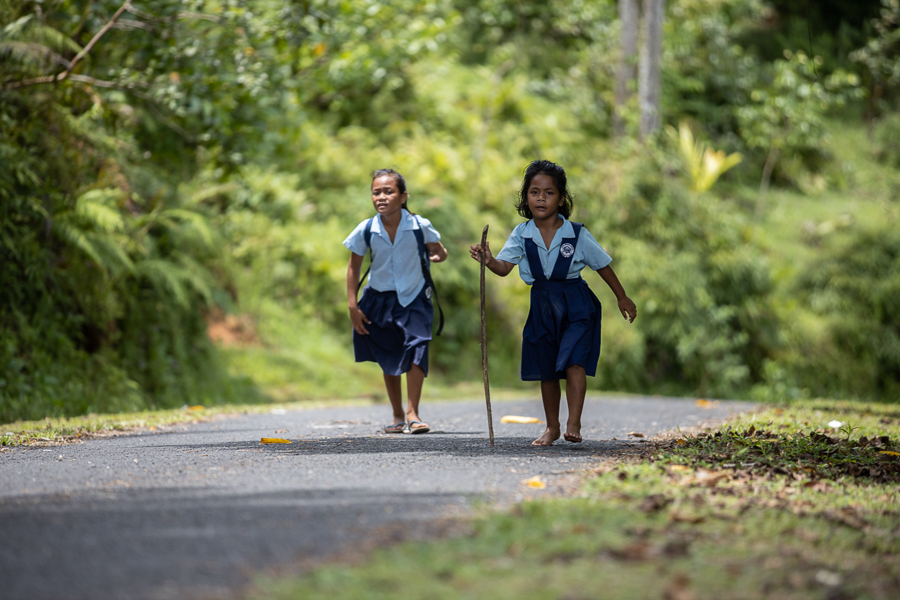 And while they just get on with life and hope that these essential services will one day be brought closer to them, Mr Filino said he remains concerned about younger villagers who have to take a 35-minute drive to get to the nearest college.

"The nearest College is Anoama'a College which is far from this area. As I said the only transport is a bus but when it breaks down, the kids have to find a lift to school. The road is also a bit narrow so it is not safe for any travelers, especially the kids that walk up this road everyday," he said. "It would be really helpful if there was a college in Fagaloa. If that happens, it will be very beneficial for the kids here in this area." 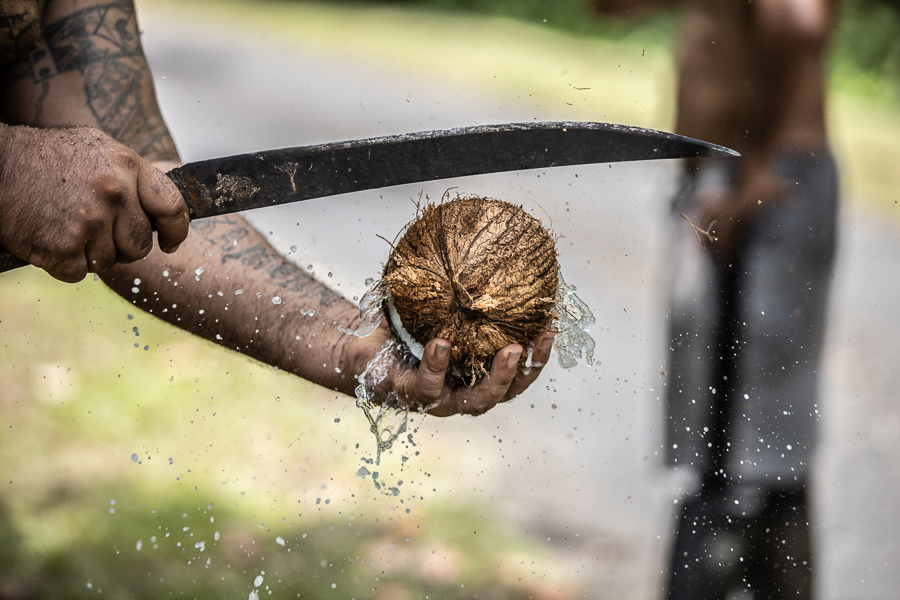 Despite the challenges he still enjoys life as he grew up living off the land and the sea.

"We grew up picking coconuts, working on the plantation and fishing and especially growing the ava. Even though we face many problems, our life in the village is great," he added.