Members of the public continued to gather at the Faleolo airport despite a restriction from the airport authority (Photo: Aufai Areta Areta)

Members of the public continue to gather in numbers at the Faleolo International Airport despite a warning from the Samoa Airports Authority (S.A.A.) to avoid gatherings there.

In a public notice, the Authority advised members of the public to allow one person to pick up or drop off traveler(s) as precautionary measures for the Novel coronavirus-19.

“[S.A.A.] Encourages the public to limit activity and people coming to the airport to farewell and meet traveling families and friends,” says the notice.

“The public is encouraged to bid farewell in the comfort of their homes and have one person drop or pick up the traveler(s)."

Furthermore, the authority asked that to enhance personal safety, the use of airport taxis and shuttle services is encouraged for arriving family and friends.

“The public is strongly advised to wear masks and use sanitisers in all areas of the airport.”

According to the  S.A.A. loitering at the airport is restricted and removal of anyone doing so will be enforced by Police and Airport security. 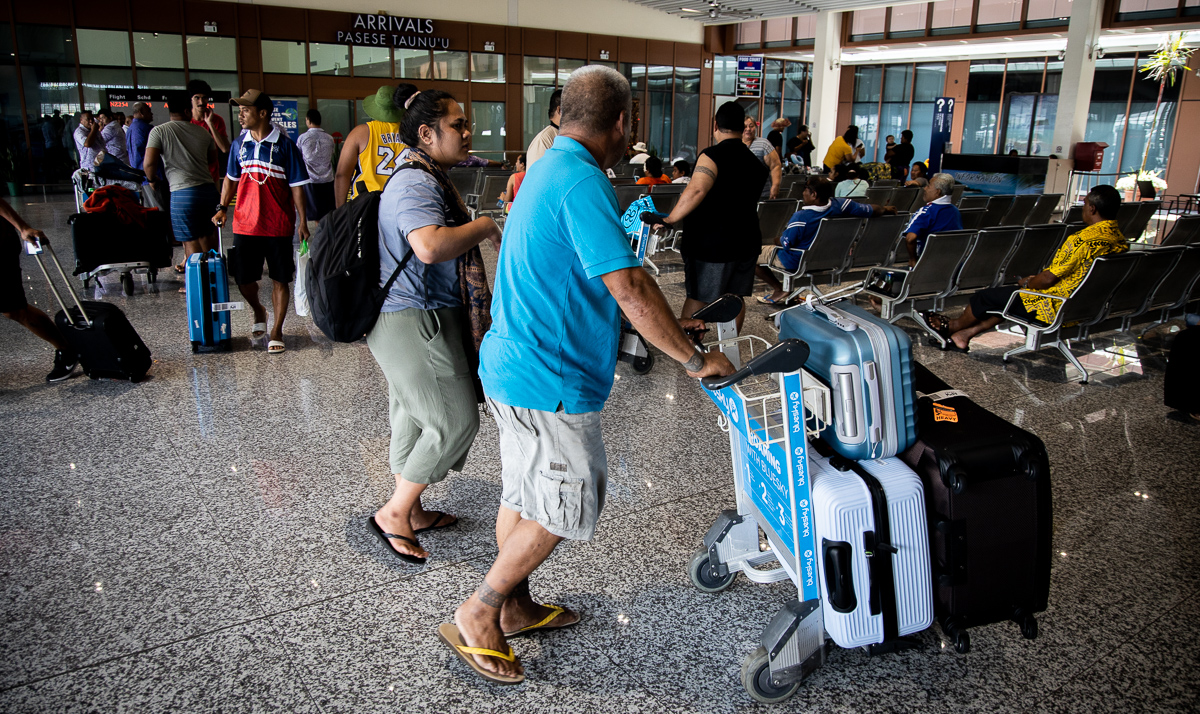 However, when the Samoa Observer visited the airport when a flight from Auckland New Zealand arrived on Tuesday afternoon, there were still families turning up in numbers to pick up relatives.

Members of the public at the terminal that were asked if they were aware of the restrictions from the authority said they were unaware of it.

One of the persons that spoke with the Samoa Observer said if there was any limitation for them to access the airport it should’ve been made visible around the facility for people to see.

There were no Police officers seen at the airport yesterday afternoon and people were freely walking in and out of the airport without being questioned.