Some members of the 54 seasonal workers at the quarantine site at the church hall at Mulinu'u. (Photo: Vaitogi Asuisui Matafeo)
TM
By Tina Mata'afa-Tufele, 27/07/2020

A church hall at Mulinu’u belonging to the Congregational Christian Church of Samoa is being used to quarantine 54 seasonal workers who returned from New Zealand last Friday.

The seasonal workers, who flew back on an Air New Zealand repatriation flight, are currently in quarantine and are banned from making contact with their family members until they are cleared.

An official at the quarantine site, who spoke on the condition of anonymity, confirmed the use of the church hall by the Government to quarantine the 54 seasonal workers in an interview with the Samoa Observer. 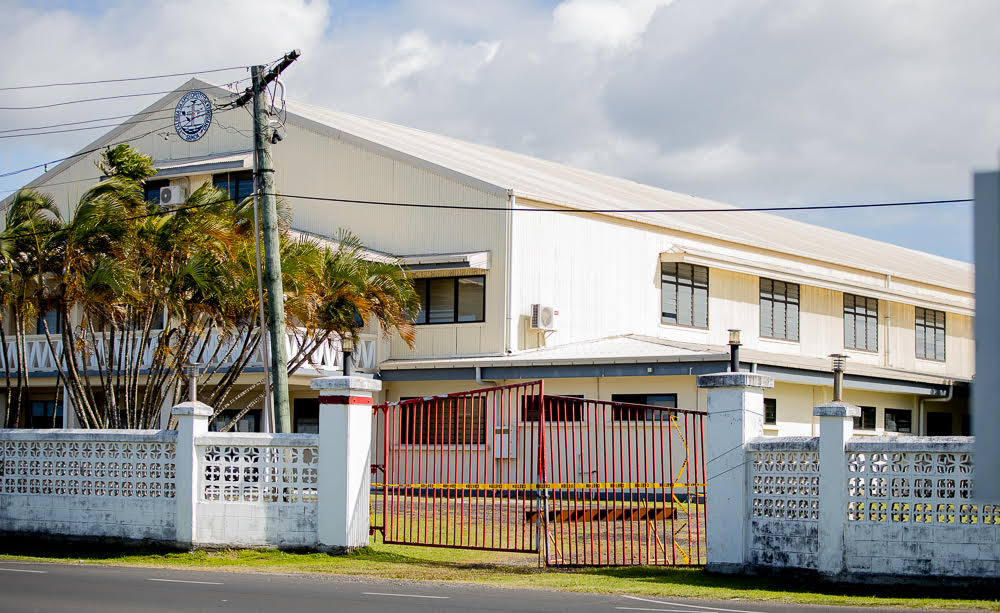 The Samoa Observer visited the church hall on Saturday night to find both gate access locked, with the one closer to the Tofilau Eti Alesana Parliamentary Building closed and barricaded from the inside.

Two security guards wearing face masks were seen guarding the gate, though no barricades were set up.

Some of the men in quarantine were seen sitting on the patio outside the hall. Screens were also placed on the hall’s glass windows and doors, in a bid to protect the privacy of the occupants.

According to the official, nurses are also on site to ensure the Government’s quarantine regulations were complied with. The quarantine site is managed by the Ministry Health [M.O.H.], the official added.